Must Watch: For 10 Years, Patrick Lifting His Mom Like A Baby- He Is A Real Life Hero 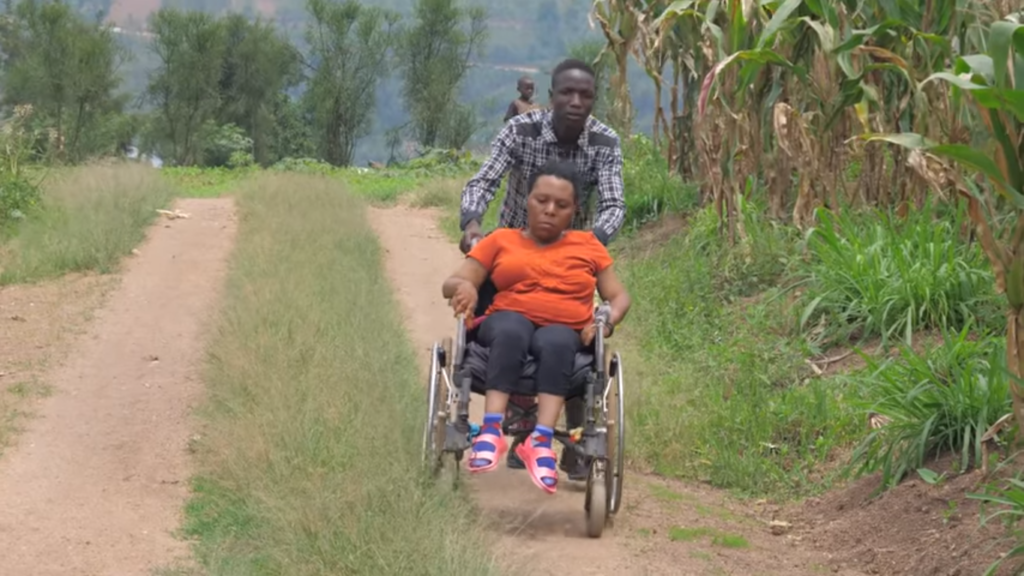 Patrick pulling his mother to the StreetSide to beg for money

Jessica Jones once said “They say everyone is born a hero. But if you let it, life will push you over the line until you’re the villain. Problem is, you don’t always know that you’ve crossed that line. Maybe it’s enough that the world thinks I’m a hero. Maybe if I work long and hard”. What is it that you are doing that makes you a hero? Today’s article is about a guy called Patrick who has been carrying his mom for 10 years as a result of his mom’s disability.

According to Patrick’s mom, she was born normal like any other but whiles growing up, I became very weak and could not do anything. Her mom and dad tried all they could but to no avail. later, her dad died and a few months later, the mother too died. Life became a heal on earth her. No one wanted to live with her including her siblings because all she does was eating and was regarded as good for nothing. I was taken to my auntie to stay with and things were not that easy for me.

Years later whilst with my auntie, a man came in and promised to help me. He took me to his house and told me that he knows of some medical personnel who would help her with treatment to walk normally like any other. I was so excited to hear these words from a stranger who cares about my situation but little did I know that the supposed angel was a devil who wanted to use me to his advantage.

Later, this man told me that he would help me get money by taking me to the street to beg. He got me a wheelchair and started taking me around the street begging for money. This man used all the money we made on the street for drinking and started molesting me. Out of the sexual abuse, I got pregnant and gave birth to my son Patrick. The abuse continued until one day I shouted louder and the nearby people came in for my rescue. This man knew he would be jailed to life imprisonment if the abuse was to be reported at the police station.

This wounded helper took my son Patrick and ran away. God being so good, another man came in and he did everything for me including feeding and bath taking. He always took me to the roadside to beg for money and left all the money we gain for my upkeep. Later, we got married and had a first baby. Things became difficult when he got into an accident and almost lost his life.

Later, my son Patrick discovered me as his mom after the truth was disclosed to him. Patrick sometimes do away with school and takes care of me. He has been carrying me like a child for 10 years. To me, Patrick is a parent. He acts like a mother and father to me. Cleaning me up, cooking, washing, and everything that a person will need. He has been a blessing in life and I have not regretted having a hero like my son. 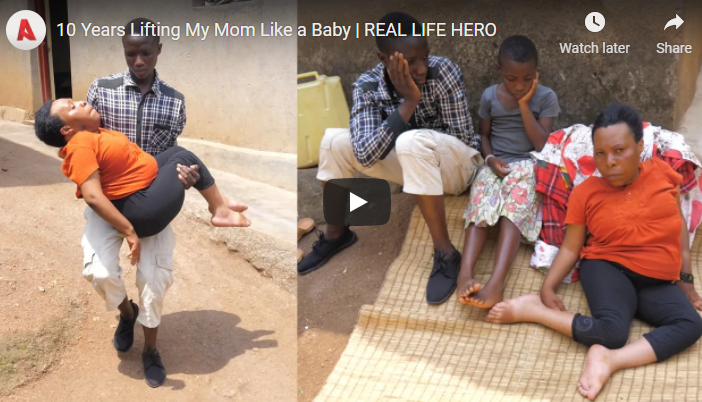