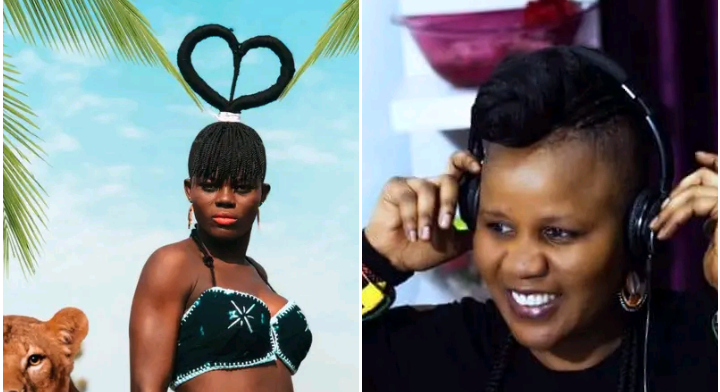 Two most Celebrated female Artistes in the North of Ghana are yet to release a song together. They both have a similar trade mark and perform in similar style, they go the true African way with the use of African fabrics and African assent and language.

Wiyaala is from Funsi in the Wa East District of Upper West Region, she prefers to be called the Lioness. She has Performed for prodigious figures such as the queen of England, Queen Elizabeth. She has also received several awards Including Afrima Awards and From VGMA.

Wiyaala Came into the limelight in Early 2014 and currently being managed by John Sherren.

Sherif Gunu has also been in the Music Industry since 2014 and has released songs with Popular artistes such as Sarkodie, one of her Popular songs 'Sherifa' was the most played in Ghana and beyond, she is from the Royal family of Dagbon in Northern Regional Capital, Tamale. She has released several hit songs such Dokpeda, Beautiful and Salamatu.

Sherifa in 2014 had accused Wiyaala of Using her song without permission.

According to Sherifa, she was premeditating to record the song 'Africa' with Akon before Wiyaala Released the track, Sherifa indicated that Wiyaala Contacted her and she gave her permission to use her song per an interview on Starr Chat.

They are both to Perform outside the country in few weeks to come.

Wiyaala is also outside currently and has Performed in Slovenia.