By Ambi (self media writer) | 1 year ago 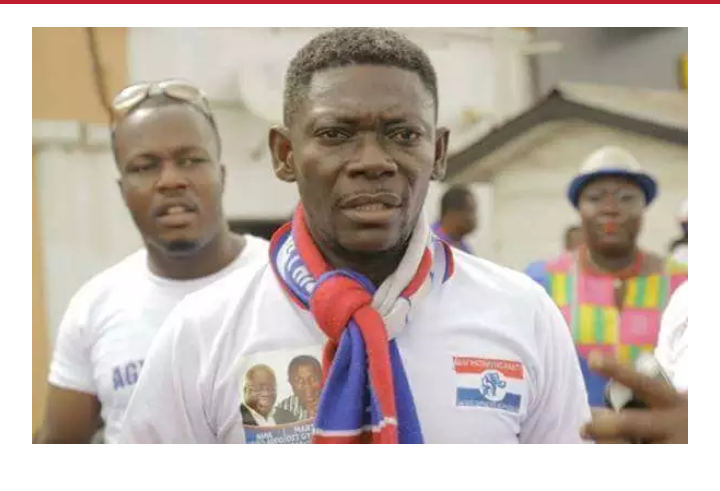 Kofi Adu (born May 25, 1969), a.k.a. Agya Koo, is an actor and comedian from Ghana. He has appeared in over 200 Ghanaian movies including popular movies among Ghanaians such as Obaatanpa, Away Bus, Black Star and Ma Trick Wo.

Adu is originally from the Ashanti Region of Ghana, but lived in a suburb in Accra Newtown called Asantewaa. Kofi Adu was discovered on a Ghanaian comedy show on GTV (Ghana National Television) at the National theatre in Accra, where he worked as a comedian warming up the crowd.

In July 2008, he was awarded a National Award by then-Ghanaian President John Agyekum Kufour. Although he originally journeyed to Accra to sing, Agya Koo has been featured in over 90 Ghanaian movies, 15 of which remain his favorite.

Just some few days ago, Agya koo drop a great campaigns song for NPP and just is what happened to him after his song.

Just as many people receive praises and adoration at the time of such great works, that of Agyya Koo is totally different and need to be understood.

It was alleged that, after the great campaign song of Agya koo for NPP, members of the opposition party did not take it kind with him at all, it can be said,others ruin insult on him and regard him as a person who have lost his career in acting.

However, the members of the NPP could not stop. Showing their great praises and thanks to Agyya koo for such a great song.

In short, as some ruin insult, some ruin praises and that is how life goes.

You can drop your comments

Content created and supplied by: Ambi (via Opera News )