“They are the tough ones”: Many react as ‘fights' between Sarfoa, Mfodwo and Wedaga increase

By JuMin (self media writer) | 1 month ago

Wedaga is coming in strong and might be a tough competitor for the other ladies, thus, might cause some panic in the others who have proved to be tough as well such as Sarfoa and Mfodwo. 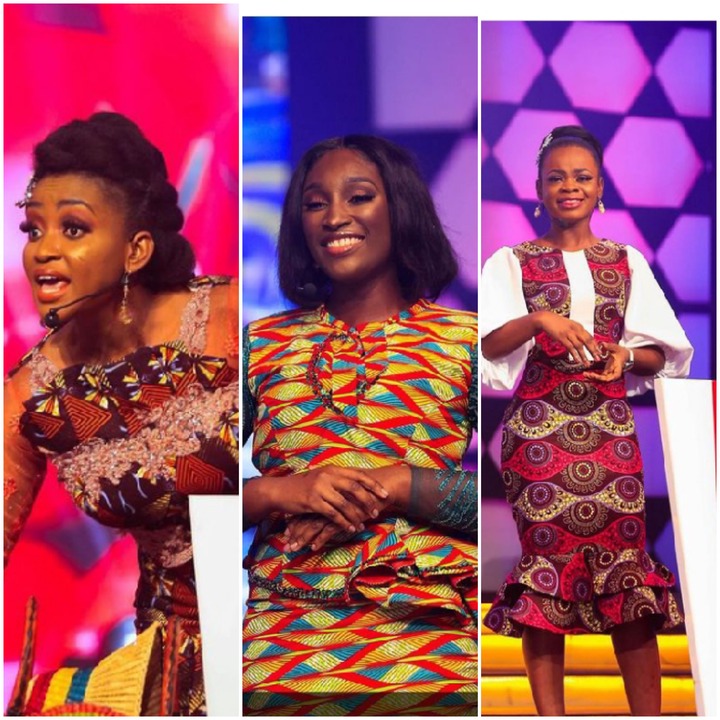 The two are known for their strong fan base support which is most likely to score them votes and are remarkable award winners but Wedaga has refused to be left behind and is bringing everything she has in her on display and her recent performances have catapulted her far up in the competition. 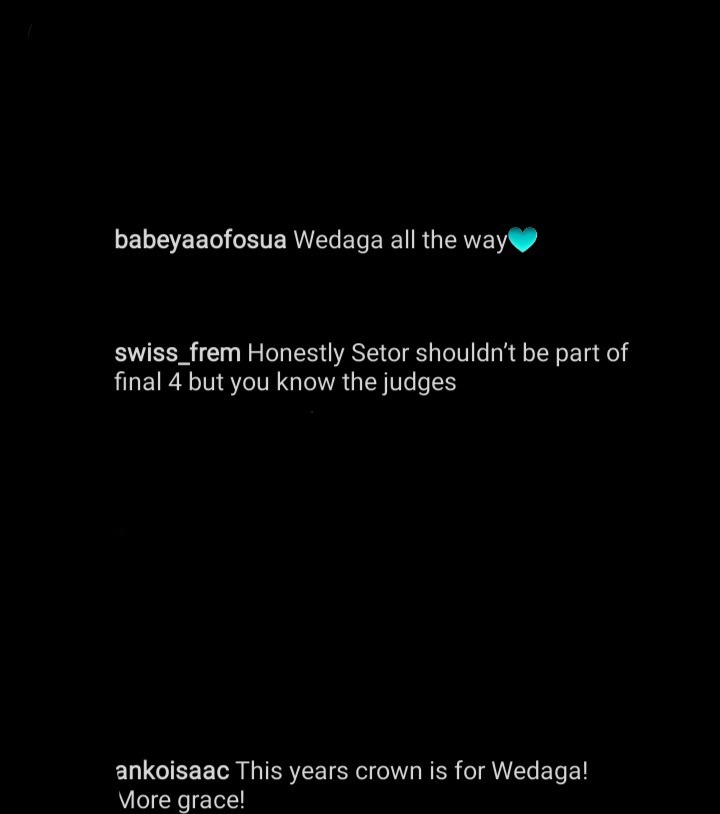 A staunch GMB follower, has taken time to carefully deduce and assess the various points scored by the fellow contestants and has concluded that the battle is between Wedaga of Upper East and Sarfoa of Ashanti and also, most likely Mfodwo, who does not necessarily try to bring the attention to herself, but prefers to strike unexpectedly, leaving a large gap between her and her colleagues after such performances.

The facts compiled are that; Sarfoa has won 17 nominations, won 2 star performer awards, and 2 most eloquent awards making her the highest so far. 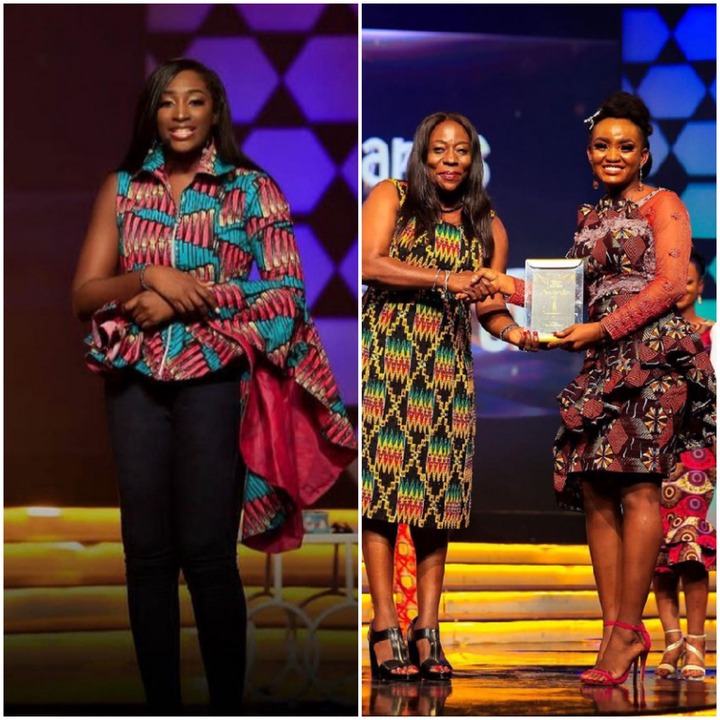 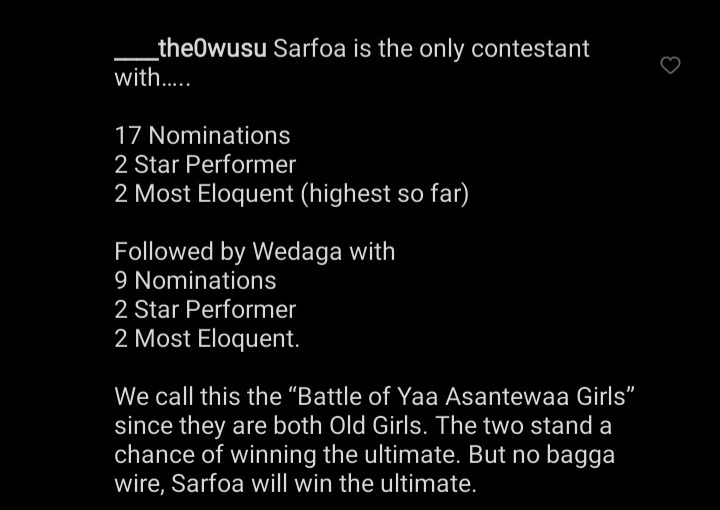 Thank you for clicking to read!.