Maccasio to release song with Stonebwoy

By DailyMan (self media writer) | 1 year ago

Bhim Nation President and one of the prominent artiste in Ghana is in the northern part of the country promoting his boss energy drink brand. 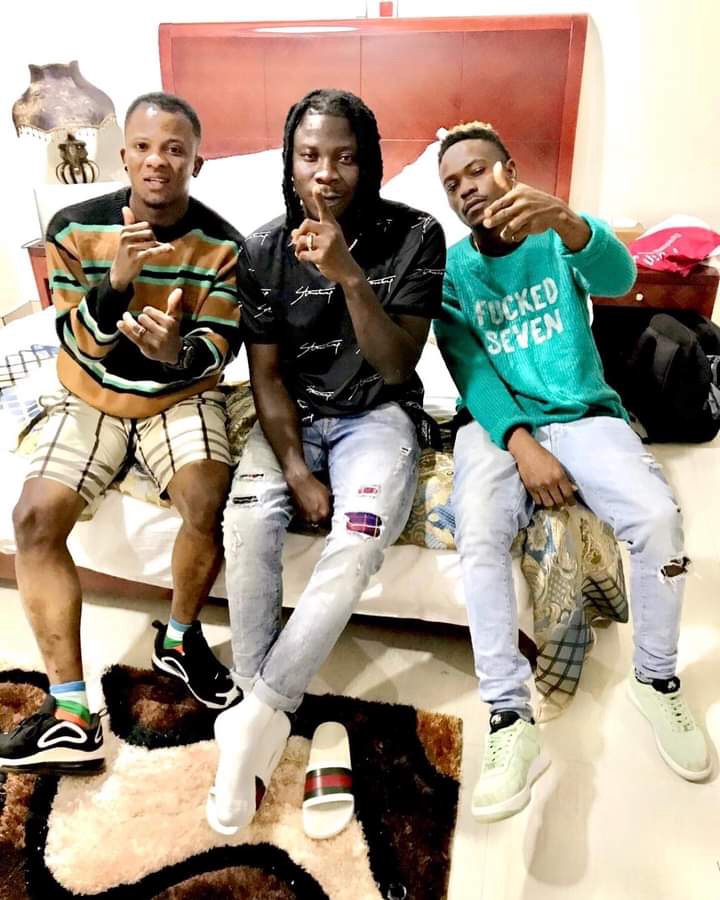 With a road show which began about a month ago has since been in several parts of the country.

Stonebwoy was in Tamale to promote his boss energy drink with a road show, Which saw hundreds of thousands come out in their numbers to support the artiste and to buy some of the drink.

Stonebwoy who staged a concert at the end of the year at the Tamale sports stadium which was filled to capacity with many of the stars in Tamale performing along side.

Years back Stonebwoy was crown the Dancehall warrior of Ghana which he used to release a song titled Sapashini, a nation wide hit, it appears the dance hall champion love for the North is never ending anytime soon.

He was also featured on Fancy Gadam dream album though the song has not hit as expected maybe due to low promotion.

Pictures and videos emerging on social media especially Facebook shows Maccasio and the Dancehall general has been cooking something in the kitchen, Maccasio finally confirm on his Facebook page indicating some has been cooked but when it will be release is a question we are monitoring this Development for an answer.

Stay tune as we follow up on the story.

Content created and supplied by: DailyMan (via Opera News )