By ApusMediaHub (self meida writer) | 19 days

The first time I saw Heath Ledger, it was by accident. My date and later to-be husband, Nick, took me to see ‘The Sixth Sense’, finally succumbing to peer pressure to guess the big surprise ending. By now, ‘The Sixth Sense’ was off the major theater chain circuit and only screening in small suburban independent theaters, which led us to experience one of those now rare events: a double-feature matinee. The first movie was ’10 Things I Hate About You’.

Well passed teen movies, even those with Shakespearian-based scripts, we shyly admitted to liking 10 Things. 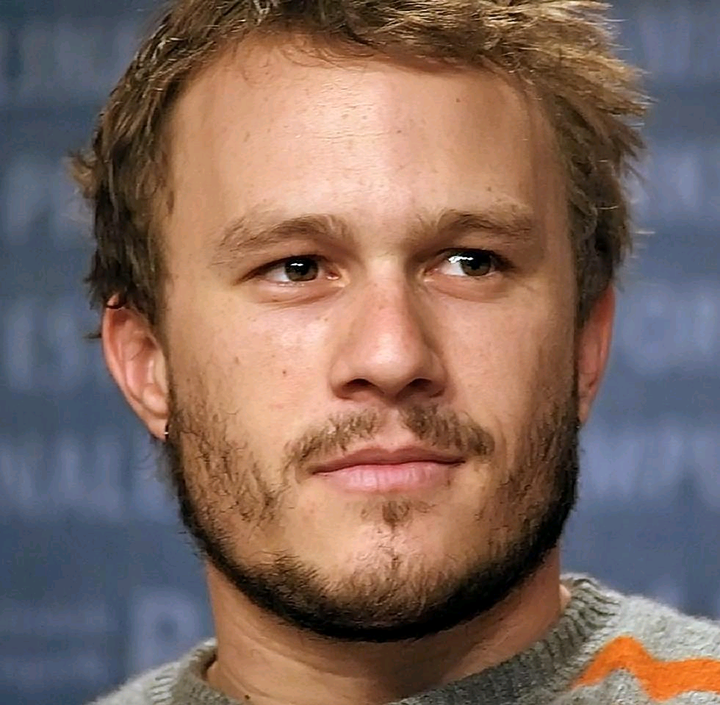 Wow, I really like the male lead, what was his name? Hes Australian, you know, replied Nick. And in typical Aussie-fashion, I was doubly impressed and now stupidly filled with national pride. Another brilliant Australian up-and-comer to join the rapidly increasing queue to grace Hollywood screens.

Years later, I would often grab the DVD to fill a cheerless afternoon and find myself watching and rewinding the same scene. Over and over and over again. My secret guilty pleasure. Heath sliding down the pole, microphone in hand, singing Youre just too good to be true, cant take my eyes off of you The brass band kicks in. And that charmingly defiant half-run, half-prancing across the school steps. The scene is brilliant. Its inexplicable. He simply has that old-fashioned it factor.

Im not a star-struck fan and was never one of those teenagers with movie-star idol posters plastered all over my bedroom walls, but this kids got talent.

And then came those scene-stealing roles that totally blew us away. The Patriot. Monsters Ball. And finally leading-man status and an Academy Award nomination. By now, we were just used to having another famous Australian up there with the rest of the world’s great talent churning out an endless array of diverse, yet illustrious film roles.

When people who Ive never met but greatly admire die, Im sad. But Ive never cried before. I have never before felt that heart wrenching overwhelming shock that lasted for days after I heard the news. This time it was somehow more personal. As soon as I read the detailed list of the first report of his deathbed scene, I intuitively knew how he died.

Hollywood is Xanax-city. Feeling down, pop a Xanax. Feeling stressed, pop a Xanax. Need to perform at your very best, pop a Xanax. A-list stars feel the pressure to provide A-grade performances when working on multi-million dollar films. There’s too much money at stake. The intense stress, both internal and external, is immeasurable. The studios are risking billions, paying the stars millions, and the actors are unnaturally subjected to more pressure than we mere mortals can imagine.

Heath Ledger, himself, admitted that after the worldwide release of A Knights Tale with its instant paparazzi-bulb-flashing stardom, his stress levels increased ten-fold.

Xanax is the trade name of the generic anti-anxiety/tranquillizer prescription drug, alprazolam, listed in Ledgers toxicity report. The other anti-anxiety drug was diazepam, or more commonly known as Valium. These drugs are from a class of commonly prescribed tranquilizers known as benzodiazepines or simply referred to as benzos.

According to the latest National Health Study, approximately 10 million scripts of benzos are written annually in Australia alone with its meagre population of 20 million compared to 300 million in the US.

Many doctors will write a script for benzos faster than a speeding bullet. But the real danger is that too many of them do not know the long-term effects these drugs have on your system, how to give their patients the correct advice when administering or monitoring the dosages, and more frighteningly – how to manage their patients benzo withdrawal program.

Firstly, this is how benzos affect your body or more importantly your brain. Benzodiazepines increase, or rather, enhance your brains main neurotransmitter, commonly known as GABA. Eventually, and this can be as quickly as 3 to 4 weeks if taking a daily dose, your brain will stop producing its own GABA and rely totally on the artificial benzo.

The problem is that from this point on your brain needs more benzo as tolerance starts the downward spiral, and the brain needs higher and higher dosages to obtain the same effect. If the patient is not given the correct dosage or management advice, that insidious and often-undiagnosed disorder known as Benzo Withdrawal Syndrome (BWS) will start its ugly and potentially dangerous descent.

BWS is known by experts in the field for its severity and prolonged nature. It may take years to fully withdraw from benzos, even with proper care and supervision. Without this knowledge, the unwitting patient can suffer from over 30 symptoms, the most common being unrelenting insomnia, severe pain and mood changes. People who have been taking benzos for a relatively short time can experience withdrawal symptoms even whilst taking the drug. In addition, if you have been taking them for a prolonged time, and then suddenly stop, dire circumstances may happen. Or, at the very least, more pain, more depression and unrelenting insomnia.

When we now read about Heath Ledgers complaints, does this sound familiar? Everything points to extreme Benzo Withdrawal, but no-one is exclaiming its dangers. In fact, most GPs and even hospital doctors admit they know very little about Benzo Withdrawal. Some even refer their patients to drug rehabilitation centers an absolute no-no according to benzo counselors. Benzo withdrawal is the exact opposite to alcohol or street drug dependency. You dont want to abruptly eliminate the benzo from your body, as they often do in drug rehabilitation. The brain needs the benzo. One must gradually withdraw the artificial benzo until the brain can eventually increase its own GABA. Sudden cessation of benzos can cause severe problems such as seizures and blackouts.

When in BWS, the counselors advise against taking any medication or drugs whatsoever. Paracetamol is probably the only thing the body can cope with for pain relief. Nothing else. Even codeine is forbidden. Also, one should totally refrain from alcohol, caffeine, and all stimulants. There is a strong protocol to be followed and without this knowledge, the patient is easily put at great risk.

The real problem is that there are extremely few experts in treating BWS; they will not include your local doctor, hospital, or drug clinic. However, there are good BWS specialists that can be extremely helpful, but they are usually found in specially funded tranquillizer recovery clinics.

One must ask, why dont doctors know about this? The problem is they simply dont. Is it their fault or the pharmaceutical companies that profit from these addictions? There is little or no dissemination of information within the community, the medical fraternity or from the pharmaceutical companies about benzodiazepines. And, according to BWS counselors working in the field, there is insufficient research or empirical studies on the effects of benzos and BWS management to assist them with their intensive workload’s.

Why? Who is at fault? Who is responsible for remedying the situation? Why are the people who write the scripts uninformed about the after-effects and potential dangers associated with benzodiazepines?

Can our beloved Heath Ledgers death be at least one catalyst that will draw this devastating travesty to the public’s attention to demand more information?

Content created and supplied by: ApusMediaHub (via Opera News )