What you didn't know about Lasmid.

By KinKiGh (self media writer) | 1 month ago 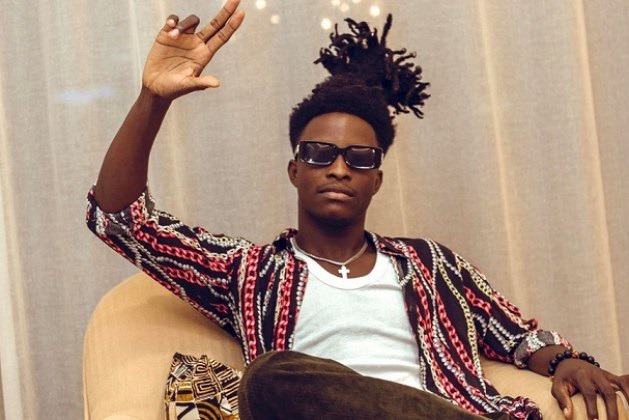 The latest from the camp of the "Highly Spiritual" record label signee is currently taking over the airwaves and streaming platforms like a storm. The song, which has gathered massive support from both musicians and music lovers alike, is currently topping tik-tok trends with the Friday Night challenge.

Following the release of the Friday Night hit song, speculations have been rife in both media circles and fan zones about the personality of the young Lasmid; with some claiming he hails from Nigeria due to the genre of music he plies.

Here are some insteresting facts about Lasmid, the Friday Night Hit-maker.

Lasmid hails from Kwesimintsim, a surburb of Takoradi in the western region of Ghana. He Takoradi Technical Institute, the Alma mater of famous musician Kofi Kinata. Lasmid however dropped out of school after 4 years, just before he could write his final WASSCE exams.

In an interview with Kwaku Manu, he explained that he had ambitions of becoming a lawyer and therefore gave up interest after 4 years of pursing the technical course he was undertaking in Takoradi Technical Institute at the time.

After dropping out of school, the musically talented Lasmid decided to give full attention to music obviously in the face of staggering opposition from his parents especially his dad.

Lasmid then made an attempt at the then edition of the Vodafone ICONS reality show but was largely unsuccessful. The resolute Lasmid further tried several editions of the Connect FM street rap shows in Takoradi but couldn't make any significant incursion.

MTN hit-maker came calling in 2019 with the season 8 of its music reality show and the determined Lasmid booked his ticket; and the rest they say "is history". He won that edition of MTN hit-maker and subsequently got signed on music producer Kaywa's Highly Spiritual record label.

The young music prodigy already has several bangers to his name since he shot into the limelight in 2019 with collaborations from music greats like Kwame Eugene. The versatile Lasmid who sings and raps is already considered the successor of Kofi Kinata with a huge following in Ghana especially in Takoradi. Lasmid is widely considered by many as the new kid on the block to take Ghanaian music hopefully to the grammys.

Content created and supplied by: KinKiGh (via Opera News )

"I Have Stayed Without Sex For Three Years" - Female Sports Presenter