Fela kuti whose real name is Olufela Olusegun Olundotun Ransome on 15 October 1938 in Abeokuta, the modern - day capital of Ohio State in the Federal Republic of Nigerian, then a city in the British Colony of Nigeria, into an upper- middle- class family.

Fela was born to a Nigerian mother and father.

He attended Abeokuta Grammer School. Later he was sent to London in 1958 to study medicine, but decided to study music instead at the Trinity College of Music, the trumpet being his preferred instrument. While there, he formed the band koola Lobitos, playing a fusion of jazz and highlife.

In 1960, Fela married his first wife, Remilekun (Remi) Taylor, with whom he would have three children (Femi, Yeni, and Sola). In 1963, Fela moved back to the newly independent Federation of Nigeria, re- formed Koola Lobitos and trained as a radio producer for the Nigerian broadcasting corporation. He played for some time with Victor Olaiya and his All Stars.

In 1967, Fela went to Ghana looking for a new musical direction. It was then that kuti first called his music Afrobeat, a combination of highlife, funk, jazz, salsa, calypso and traditional Nigerian Yoruba Music. In 1969, Fela took the band to the United States where they spent 10 months in Los Angeles.

Daddy Lumba is one of the biggest highlife artist we have in Ghana, we will say he is the Fela kuti of Ghana, he dominated the music scene the same way Fela kuti dominated.

He has been doing music for about 30 years now.

Daddy Lumba whose real name is Charles Kwadwo Fosu on the 29th of the September 1964 in a village called Nsuta Amangoase in the sergers Central District, near Mampong in Ashanti Region.

Daddy Lumba’s music career started at the age of 16. He was the leader of Juaben Senior High School choir from 1983 to 1984 academic year where Christabel was the music teacher and he completed in 1985. In Juaben SHS, Lumba formed the Lumba Brothers group with his friends Yaw and Kwabena and girlfriend, Theresa Abebrese.

The pair planned releasing an album in 1986 but due to financial constrains, the album was released in 1989 with help of Lumba’s wife, Akosua Serwaa, who produced the album. The title of the album is Y33y3 Aka Akwantuo Mu.

Daddy Lumba, in all, has released 33 albums.

He has been consistent with release of multiple - hit albums since the. And has established himself as one of Ghana’s most popular singers of the Highlife Genre.

His solo career has not been devoid of controversy; one moment he would release a gospel album and the next he would shock people with his provocative lyrics and music videos. He has also faced accusations of skin bleaching. He has however denied bleaching his skin.

He owns his own studio where he does all his work and also owns machines for mastering, cassette duplication, loading, printing and shrink wrapping exclusively for his works. His music has evolved over the years to reflect the changes in taste and demands for music; he can currently be describe as contemporary highlife artist. Daddy Lumba has won several Ghana Music Awards and Other excellence awards and continue to appeal to the you g and old. 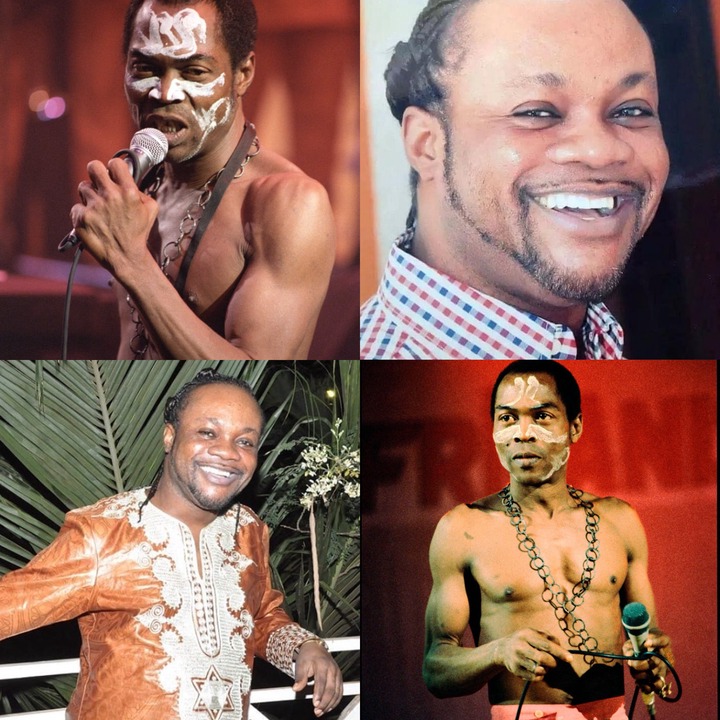 Who is the biggest artiste in Ghana ?