By PamelaAsare (self media writer) | 7 months ago

Latest news spreading fast like a wild fire indicates that a tiktok personality, who is identified to be Nana Yaa, has been shot dead by her rich boyfriend. According to a close friend of the woman, Nana Yaa has a child with her boyfriend, and they used to live together, but some issues popped up, so Nana Yaa moved to her mother's place with her child. Nana Yaa's boyfriend called her last week to come home and take some money to cater for their child, so she went.

Upon her arrival, she did not see the guy in the house, so she decided to go room by room looking for her boyfriend. Details indicate that since the guy is a rich guy, he lives in a very big house with lot of rooms. So Nana Yaa kept looking room by room, and finally entered one which according to the narrator, is a room in which Nana Yaa's boyfriend does his Money Rituals "Sakawa".

So Nana Yaa immediately took her phone, in shock, and started recording everything her eyes saw. Unfortunately for her, her boyfriend came to meet her in the act, and gunned her down mercilessly. Sources indicate that the guy also killed himself on the spot, after taking pictures of what he did to his girlfriend, and sending it to his brother. 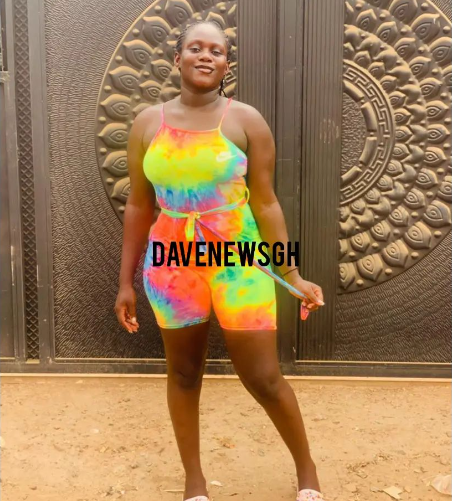