By Kingsmedia (self media writer) | 24 days ago 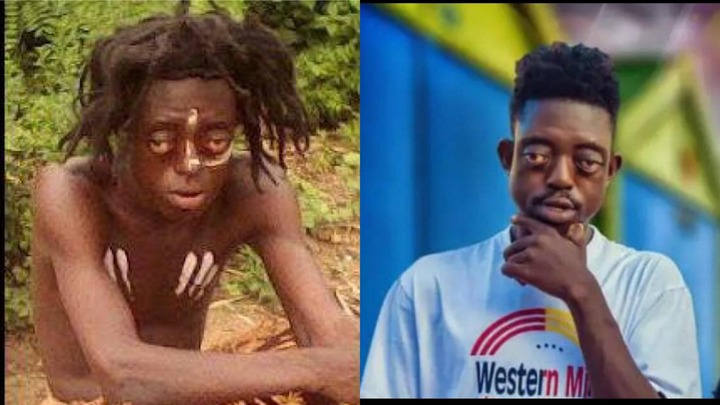 Akurugu opens up about life (VIDEO) | Pulse Ghana"/>Kwesi Boateng, also known as Agurugu Baba Yoba in Kumawood, has revealed that he was mocked as a child because of his appearance.

Speaking with the actor Kwaku Manu on the Aggressive show, Akurugu, who has a unique appearance that has propelled him to fame, revealed that he inherited his looks from his biological father, whom he has never met due to family issues.

He narrated that his childhood was not a happy one because his classmates used to compare him to animals because of his unusual appearance, and as a result, he had no close friends in school.

“You know, everyone had friends in school; they ate together and did everything together. I didn't have anyone like that. It was just me and my thoughts. People compared him to animals, and he never came close,” he explained.

He went on to explain how the people of his community, Asante Asaaman, mocked his appearance by referring to him as a weak frog, hence the name Mr. Frog. Furthermore, the women in his town never got close to him and were always with other guys.

However, his life has changed for the better, and people now accept him wherever he goes as a result of his newfound fame as an actor in the Kumawood film industry.

“By God's grace, I am now becoming famous, and they are all trying to get closer to me,” he continued, before revealing, “I have never dated anyone from my hometown, I take outside,” he said.

Fight your fight but please, do not let it affect Ghanaians because Ghana is hot. Sam George told