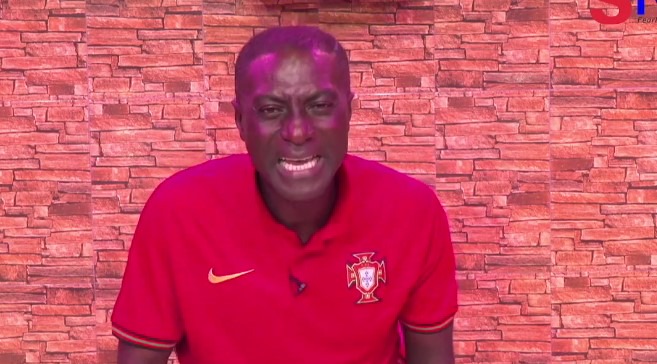 No one can tell what might have caused Captain Smart to brag about him being clean to allegations of bribery leveled against him. In his latest episode on Smart TV, the firebrand boasted that he had never taken a bribe in his life.

This statement could provoke the reiteration of a pack of allegations that had been leveled against him ever since he left Angel Broadcasting Network (ABN) and with his activism along with the #FixTheCountry campaign. One behavioral observation that could be inferred from his gestures when he made this assertion, is an inner conflict about his persona.

Captain Smart knew clearly, that there are dozens of allegations of extortion and bribery leveled against him by some personalities in the media and political space. Most of these allegations have never been disputed by him and thus given some credence to the claims.

Unless Captain Smart has a different understanding of bribe-taking, he surely needs to rethink his response before hell breaks lose on him. Already, Ernest Owusu Bempah, Hopeson Adorye, Kwame Dzokoto, and a few media persons from Angel FM had given some damning account about him.

Last Monday, it was mentioned on NET2 Television that Captain Smart blackmailed the former Inspector-General of Police, James Oppong-Boanuh. According to Hopeson Adorye the journalist demanded Twenty Thousand Ghana Cedis (GHC20,000.00) bribe before he discontinues a media attack on the former IGP.

His former boss, Dr. Kwaku Oteng, Chairman of Angel Group of Companies, offered to pay Ten Thousand Ghana Cedis (GHC10,000.00) in cash to him after several persuasive talks. Another bribery and extortion case that hangs around him is the one in which it is alleged that Captain Smart took monies from a woman with the pretext of influencing the Minister for Roads and Highways, Kwasi Amoako Atta to take a decision in her favor. This matter has already been forwarded to the Criminal Investigations Department (CID) for investigation.

Above all these bribery allegations is the claim that Captain Smart extorted monies from indicted public officers in reports filed by the Auditor-General. In his days at Adom FM, the journalist was very loud in going after persons who have been named for several infracftions in the report.

It was alleged that he employed that media rants to get those officials to settle him with fat envelopes before he shuts the chapter on them.

From what we hearing from Captain Smart is a dare to those who have made allegations of that nature against him. Surely, there is every reason to believe things will get rough in the coming days for him.