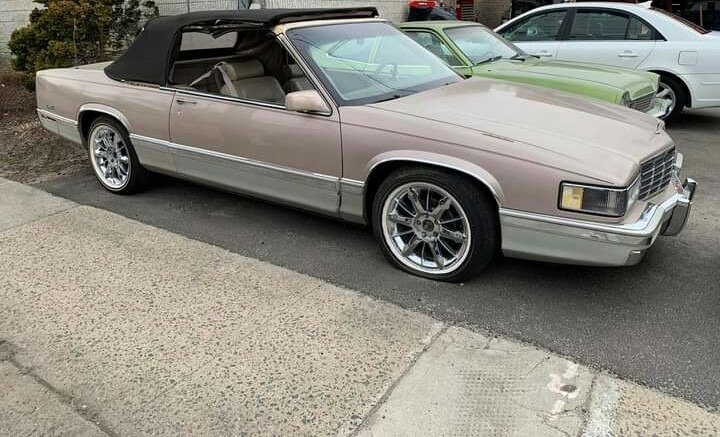 Everyone has their own choices, when it comes to the machines they wants to drive. Charles Awuah, a lover of classic vehicles, has spent close to One Hundred Thousand cedis on a vehicle that most people won't even drive. Charles who is an engineer himself, is into construction of roads and buildings, blasting of rocks and sewage construction. Charles since 2002, has been working on improving his mode of living, without envying others. He is someone who sees good in humans and helps them greatly, when he can. He has a three houses which he gives it for free of charge to live and work in, for widows who has been abandoned and mistreated by the deceased husband's family. Unless he won't see it, even if he doesn't have anything, he will give his last quarter to make sure that widow is catered for. He finds his blessings in helping the poor, especially the widows who has nobody to turn to, at the death of their husbands.

Charles himself is a survivor of widowhood abuse, from the extended family. He was twenty years old when his late father, passed on after a short illness. The father was a diabetic patient who was relying mostly on Herbal drugs, day and day out for his survival. The father felt the drugs was too much for him, and stopped taking them. The wife, Charles mother tried to get him back on his drugs, but the man never agreed to. He felt sick shortly after leaving his drugs, and doctors advised him to take his drugs, but he was certain of not doing so. The man was just tired of taking drugs everyday of his life, and never wanted to do it again. He died peacefully, and that escalated confusions between Charles mother, and the family.

They struggled them for more than three years after the man's death, before lack came to their door step. The family didn't just beat the mother during the burial, but humiliated her and made her even to sit in the same room with body of the father, a night before the burial. A police officer saw the manner the family was treating Charles mother, and gave her comfort. He protected her with his job, and gave them warnings before they allowed the woman to go in peace. The officer gave Charles and his mother a place to sit, sleep, eat, work and live. The officer became their God, and gave them a happy life until Charles became an engineer.

This has since made Charles to help widows, no matter their story or circumstances, all he sees is his mother when he is helping such widows. He has three houses with four apartment buildings in each houses, where he keeps widows he sees on the streets, who are been maltreated. He pays the house bills including water and power, and allows them to live in it for free, until they get back on their feet. Charles takes care of over fifty widows, and they all depends on him for survival.

Charles decided to own something he has long desired. He saw one of the cars when he went for a conference in Michigan, and has since then, fallen for the car but getting one was the problem. He found a dealer in November, who was willing to sell him one. The 1965 Cadillac Coupe Deville convertible runs fully on a 4.9l v8 fed, with 90,000 miles original. Charles spent $15,000 for the car and shipping to Ghana. And additional 1,200$ for clearing from the port. In total, he spent $16,200 for the car, shipping and port duties. Which places the cost to 92,000 in Ghana cedis. The car which was cleared from the port on Monday, will be towed to Kade tomorrow morning, where Charles will use for running his business and official duties. It is one of the most classic vehicles to arrive in Ghana. 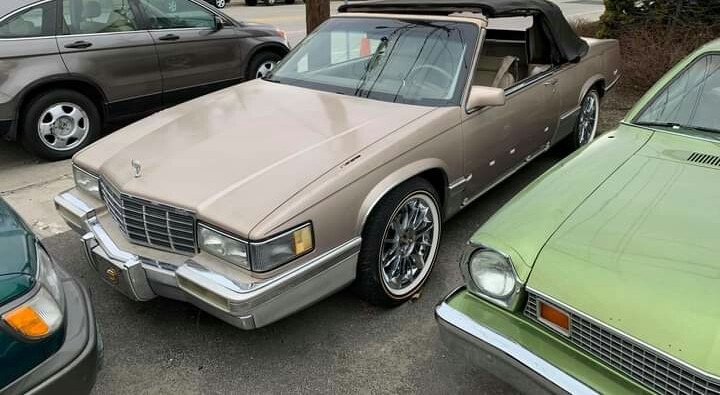 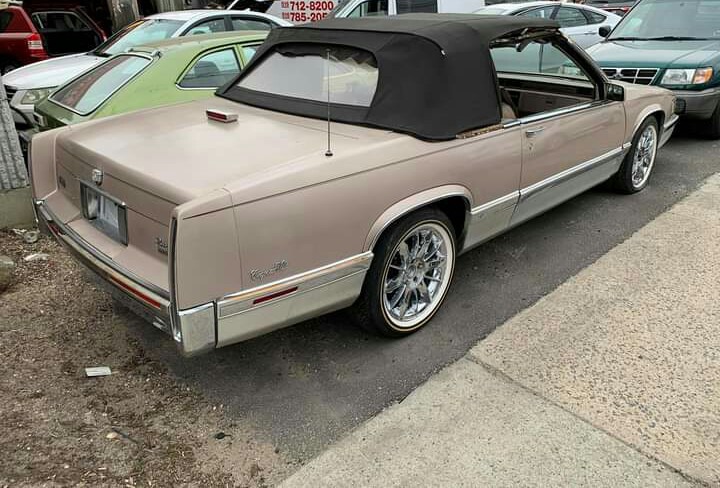 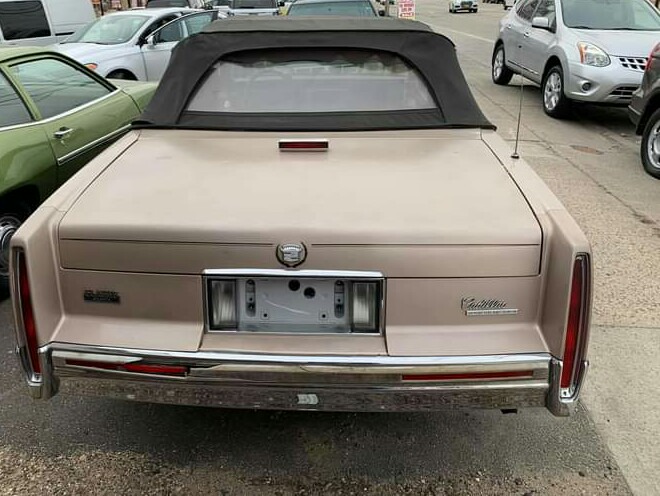 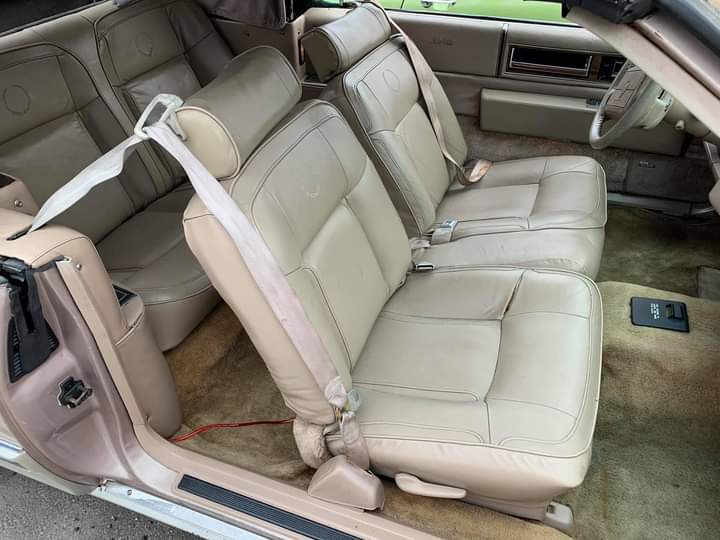 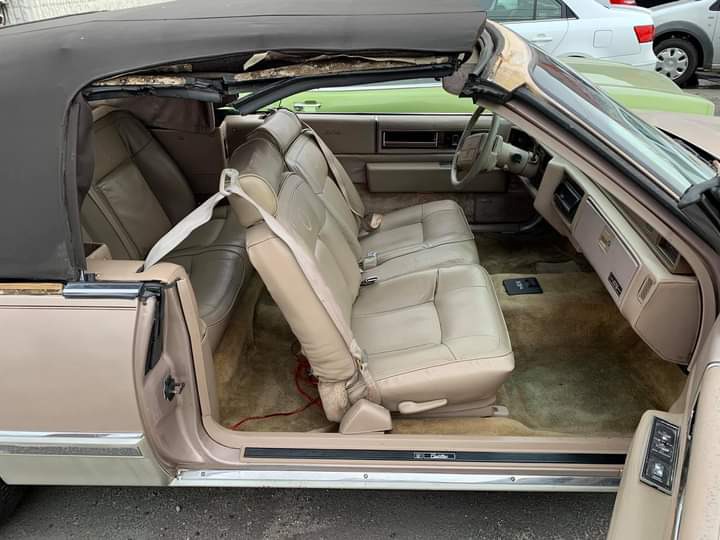 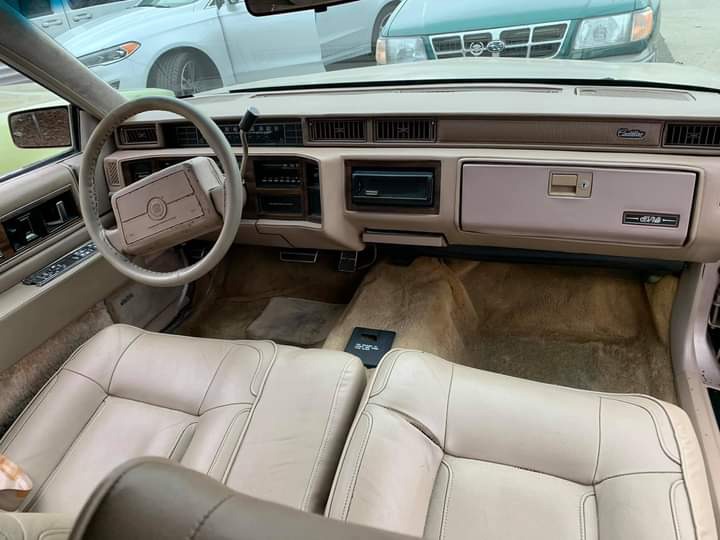