By Africamedia.gh (self media writer) | 20 days ago

Nana Ampadu was a Ghanaian highlife musician who was born at Adiemmra on the Afram Plains in the Eastern Region of Ghana on 31 March 1945. His death was announced earlier today on TV3 New Day morning show. 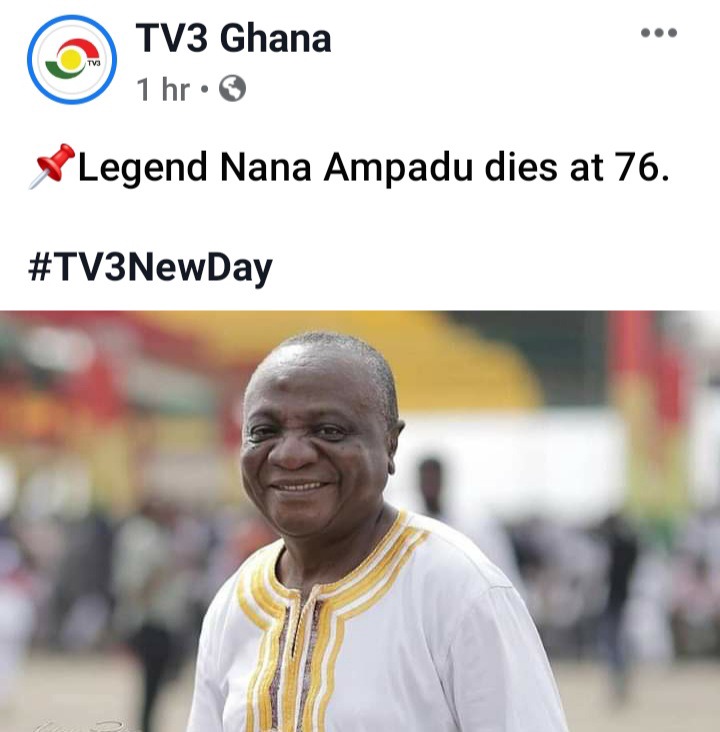 Ampadu's "African Brothers Band" was formed in 1963. One of the founding members was Eddie Donkor. He came to prominence in 1967 when he released his song Ebi Te Yie (or "Some Are Well Seated"), a song that was seen as potentially critical of the then-governing National Liberation Council and disappeared from the airwaves, only returning after the end of military rule.

In 1973 he won a nationwide competition in Ghana to be crowned the Odwontofoohene, or "Singer-in-Chief". The legendary Ghanaian musician credited with numerous popular highlife tracks and he is known to have composed over 800 songs.

He has worked with several top highlife legends including: Nana Acheampong, George Darko, Amakye Dede and A.B Crentsil. His musical career has also involved him in electoral politics, including composing a song for Jerry Rawlings's National Democratic Congress party to use in the 1992 election campaign.