Check reactions, king Promise thanks Mr. Eazi for taking him to the Stamford Bridge on his birthday.

By KwameNtiKwame (self meida writer) | 29 days

Birthdays are days of remembrance to every individual whether young or old. Many people don’t joke with their birthdays. This is because for some, it’s a day to rethink your life altogether. Celebrities, when celebrating their birthdays always wish themselves a happy birthday.

It ranges from gifts to kind gestures. One celebrity who celebrated his birthday over the weekend has been surprised by a colleague musician and many fans of his are talking about it. 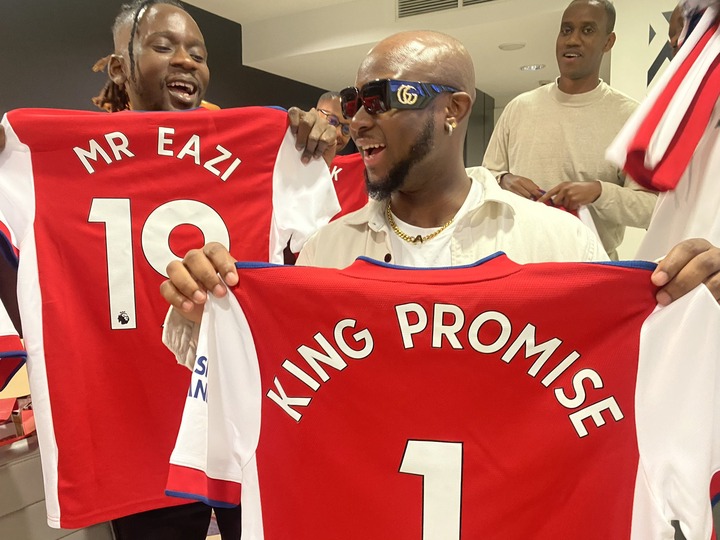 Mr. Eazi has said that, king Promise is suppose to join his team which is Arsenal

Many fans are equally happy for their star. Others are saying it should have been them watching the match. Others also believe he was overdressed for the match. In a response to that, a fan replied by saying king promise dressed like that because he has to go for an interview right after the match. 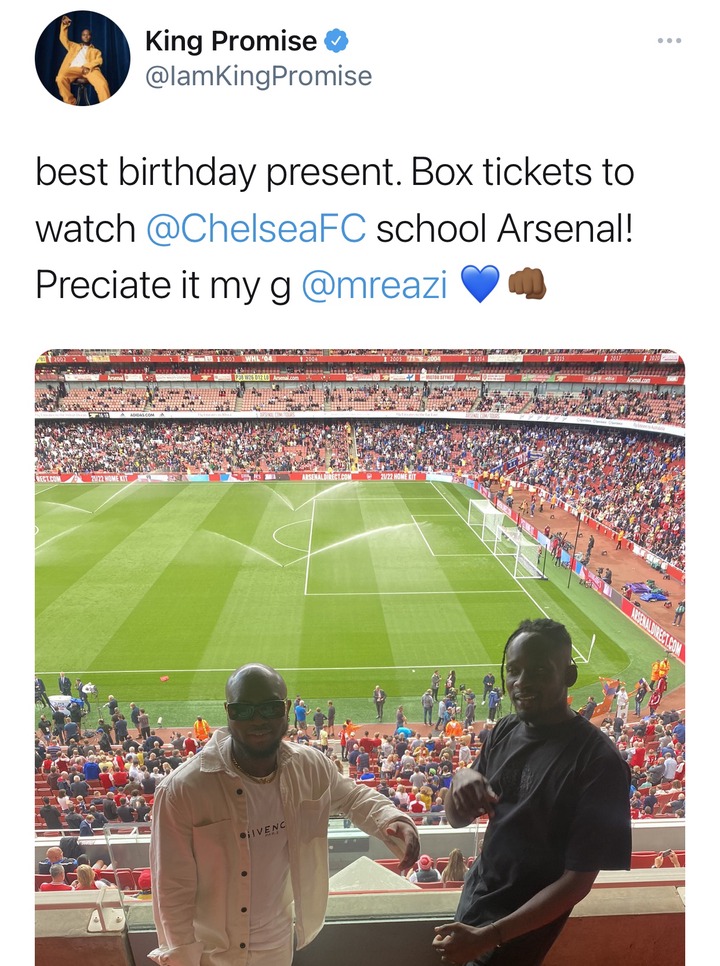 King promise has released a new single which features a foreign artiste and its doing well out there. The song has to do with king promise telling his fans he has not changed but if you want to call him and it’s not about money, don’t bother yourself calling. But if it’s money related, call him.