Man Refuses to Cool Down After Visiting Another Man`s Wife

By Wysopera (self media writer) | 10 months ago 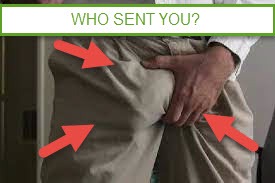 Kaduna also nicknamed baby trainer receives the shock of his life as he has decided to go behind his matrimonial home to the courts of his neighbour.

It was reported by his wife that Kaduna did not return home till late in the night around 1:20 am on the 19th of March, 2021. She wasn’t worried about his absence in the house till that night because it was usual of him. She explains that sometimes they stay late at night loading spring onions to be transported to Accra, so, she knew he would come back home.

Little did her wife, (name withheld) know that on this particular night, her husband was not loading spring onions, but was rather exercising his joystick on someone`s wife.

She narrated according to sources that he tried to touch her on his return, but she was feeling so sleepy that she could respond as she should.

At the break of the day, Kaduna`s wife was alarmed as she has noticed her husband, tying a cloth around his waist with his joystick protruding the cloth as it refuses to cool down.

After about two hours, around 9:00 am, she asked him what was wrong with him, and could not get any reasonable explanation from him. He began to feel pains around 10:00 am, and as some of his friends has also noticed, they started questioning him.

Kaduna later agreed that he has visited a woman at night as his friends began to question him in that respect, but he refuses to mention the woman as he claims it would cause trouble in her marriage.

Some of the family members came, seeing the possible cause of the situation to be a charm placed on the woman he had been with, rose with him to one of the neighbouring communities in which there lived a man that is well respected for dealing with such cases.

Rumor has it that the moment he reaches there, he would be asked to confess everything and mention the name of the woman he had been with before he would be treated.

We pray that he gets out of that predicament successfully.