By PamelaAsare (self media writer) | 1 year ago

The second son of Bishop Agyinasare, who is a professional doctor and also the back bone of his father's church who helps him in the ministry's work has proudly celebrated his birthday in a wonderful remembrance of his good wife who has also been a part of him in the work of the ministry, since they both got married few years ago. 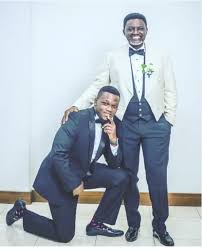 He is affectionately called by his parents as Francis Nyamekye. The whole Agyinasare family have served in the same church which was founded by Bishop Agyinasare, the 'Perez Chapel International', which was also born from the set ups of Pentecost, for over 40 years when Bishop had to forgo his life time job and respond to his calling.

Francis married at an early age. He married his wife when he was 25 years. He married her when he had already completed his degree program at the University of Ghana and has started his own business as a young entrepreneur in Ghana and also the manager of his fathers television station namely, Precious TV. He was also the host of most of the programmes on the television.

The young son of Bishop Agyinasare, also traveled to France to head a branch of Perez Chapel Ministry and was traveling to and from to also take care of the other businesses in Ghana, that belonged to his father. He has traveled to over 36 countries in the world as part of doing the work of the ministry.

Nyamekye is also a great teacher and a healer when it comes to the work of the ministry that he does to back his father, Bishop Agyinasare and for 10 years, he has Authored several books to help the growth of many Christians in the world.

He finally joined his father recently in Ghana to be in full association with his father in the evangelism work. Nyamekye's utmost heart desire is to give to the generation of his kind every single gift God has put in him to deliver so that, when God calls him, he would have nothing inside him to go away with.

Rev. Francis Nyamekye is happily married to Mrs. Kathryn Agyinasare and they have been blessed with two beautiful children who are also the grand children of Bishop Agyinasare. 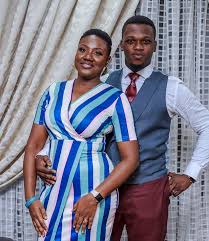 Rev. Nyamekye has over 23,000 followers on Facebook and his cherished followers on Instagram are over 15,000. This morning, he took to his Facebook page and dropped a photo of himself and wife Karthryn, with words such as, 'when you marry a good wife, you will always smile. Brothers, may God lead you to the right woman'.

His cherished fans then also gave encouraging comments, congratulating the Reverend minister on his birthday celebrated few days ago and also thanking his wife for standing by him in their long, but short term of marriage.

Few days ago, Rev. Francis Nyamekye celebrated his 30th birthday and thanked God for preparing him for all the years he was born and bringing him to this far. He appreciated God for how far he has brought him though he believes there are so much he is supposed to do for the world that will take the grace of God for him to pursue to that level.

Exactly on Wednesday, 7 October, 2020, Rev. Francis Nyamekye Agyinasare celebrated his 30th birthday anniversary with the whole family. He is the second child of his father Bishop Charles Agyinasare, who is the founder of Perez Chapel International.

In accordance with his birthday, Bishop Charles Agyinasare, who has trained his son to become like him and do better than him, dropped a photo of himself and Francis on Facebook for his fans to congratulate his son on his special birthday, few days ago. His son who has demonstrated a vivid character of his father has also revealed an appreciated attitude to his father's upbringing that he will also impact in his children. 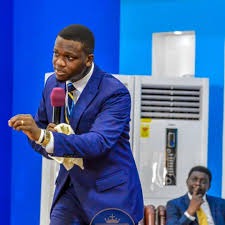 We congratulate the young Reverend Minister and wish him long life with great works in the Christian ministry.