Hiplife is the combination of Hip Hop and High Life music. The music genre was mostly sung in the Ghanaian Akan language, hiplife is rapidly gaining popularity in the 2010s throughout West Africa and abroad, especially in the United Kingdom, United States, Canada and Germany. 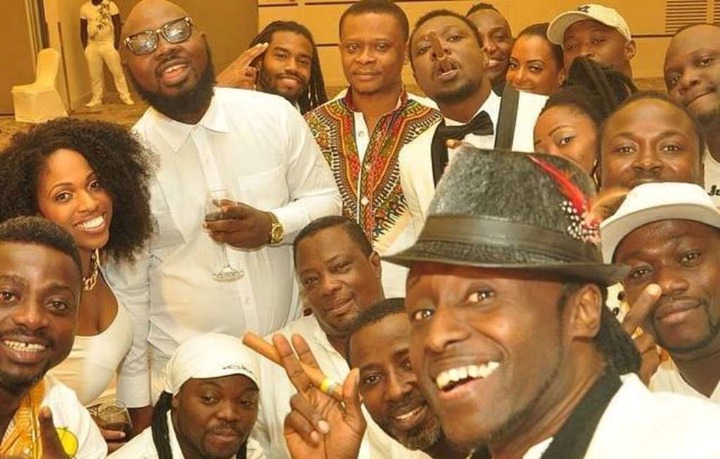 They were some beautiful Hiplife songs way back in the days from 1998 to 2010, nowadays the industry players and the music fans has missed these artists and their songs. For us to remind ourselves about this beautiful memories, check on the list below.

This song was one of the biggest Hiplife love songs in Ghana from the comp of Mr Oduro. The song was released around 2000 which was the era of audio cassettes, before CD disk took over between 2005 to 2010. It was a love song which he lyrically describes how he fell in love with his girlfriend called Abiba. The modern days industry players do not observe this great memories, only few people still promote the old hits.

The Godfather of Hiplife and KK Fosu has collectively recorded a best collaboration Hiplife song ever in Ghana and best video act. At the time this particular song was released on 1st September, 2004, they were three songs in the year which were competing, Nonsense by Kwaw Kese, Ahomka Womu by VIP and Ah Fa Me Bone Kyeme Wai.

Apuskeleke was the only major hit song from Kofi Debra and the song was another version of Barima Sidney track which was also called "Apuskeleke". Most of these lost files has made Hiplife music to diminished from it height because they were the Christmas songs that Ghanaians used to enjoy.

2004 was the year of greatness when it comes to good music in Ghana. Madfish has delivered best tunes for his fans such as Wone Me Baby, Sexy along with Sanbra but nowadays, Afro Beat has taken the trend and we do not get this beautiful tunes to enjoy.

Am Aware by Th4 Kwages

The Takoradi base artists Fifi Selah and Olas Bingo collectively Th4 Kwages were most successful Hiplife group in Ghana. They started their music career in the group called Sass Squad before later on, they two brothers parted away to work on their own. The most trending song from these great artists was "Am Aware" with other good songs before Olas Bingo passed away after he complained about a stomach pains.

Keteke were best known by many through their most popular song "Chio Chio" which was produced by the legendary sound engineer Appiah Donkor (Appietus). The song is one of the early Hiplife songs that were dominating beyond expectations.

This was the first Hiplife collaboration song that gained massive airplay on the Ghanaians media houses and beyond. The grand Papa of rap was also the major Hiplife pioneer in the music industry. The man behind this hit was the ace producer Zapp Mallet.

Rockstone from the early 1990 was the only main streamed rapper in Ghana who worked together with Zapp Mallet and Jay Q to build the empire of Hiplife,they were the Revolutionary of Hiplife music in Ghana. The Tsoo Boi is the most beautiful heavy punchlines rap tune that Reggie Rockstone has ever delivered to Hiplife lovers.

Akyeame Kojo and Akyeame Kwame collectively, Akyeame were two brothers who were of the most loved artists in Ghana. The song that made them popular is the "Asabone", even though they both had several great songs but the this particular song was something else. Recently, Akyeame Kojo has turned to man of God and Akyeame Kwame has continued his music journey.

Vision In Progress (VIP) were made up of Prodigal, Zeal formerly (Lazy), Friction and Promzy. Obaa Sweetie was the song that brought the group into daylight. The song is no more on airplay due to the fusion of other music genres in Ghana such as Azonto, Afro Pop and Dancehall music.