10 most Wonderful and Must-watch TV Series You Should Know.

By Omaxjnr (self meida writer) | 18 days

You know, watching movies, serve as much comfort to people, and that's why today I've taken my time to come up with 10 TV series that you mus watch if you haven't already. These are movies that I've watched myself, and I can assure you that you'll never be dissapoited after downloading these movies. 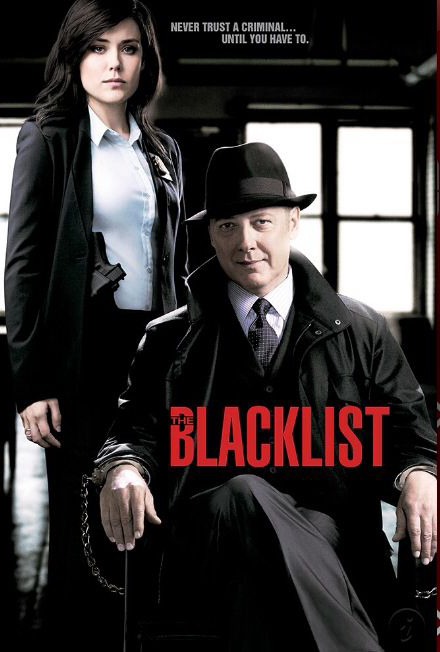 It talks about a fugitive who mysteriously surrenders himself to the FBI and offers to help them capture deadly criminals. His sole condition is that, he will only work the new profiler, Elizabeth keen. It has a run time of 43 min, a rating of 8/10, and it has won the Primetime Creative Arts Emmy Award as an Outstanding Stunt coordination for Drama Series, limited Series or Movie. Blacklist still continues and it is currently at the Season 8, Episode 11. 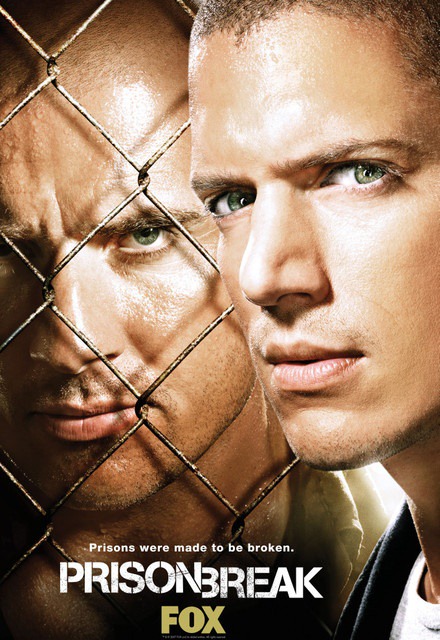 Prison Break, also speaks of an engineer, who installs( tattooed) himself in a prison he helped design, gets himself incarcerated, in order to save his falsely accused brother from a death sentence. The series' theme music, composed by Ramin Djawadi, was nominated for a Primetime Emmy Award in 2006. It has got 5 season, 90 episodes and a run time of 43min. 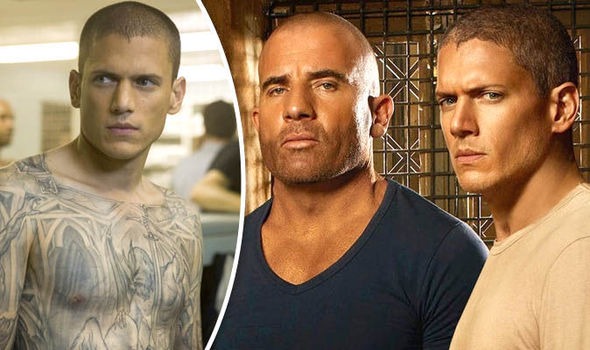 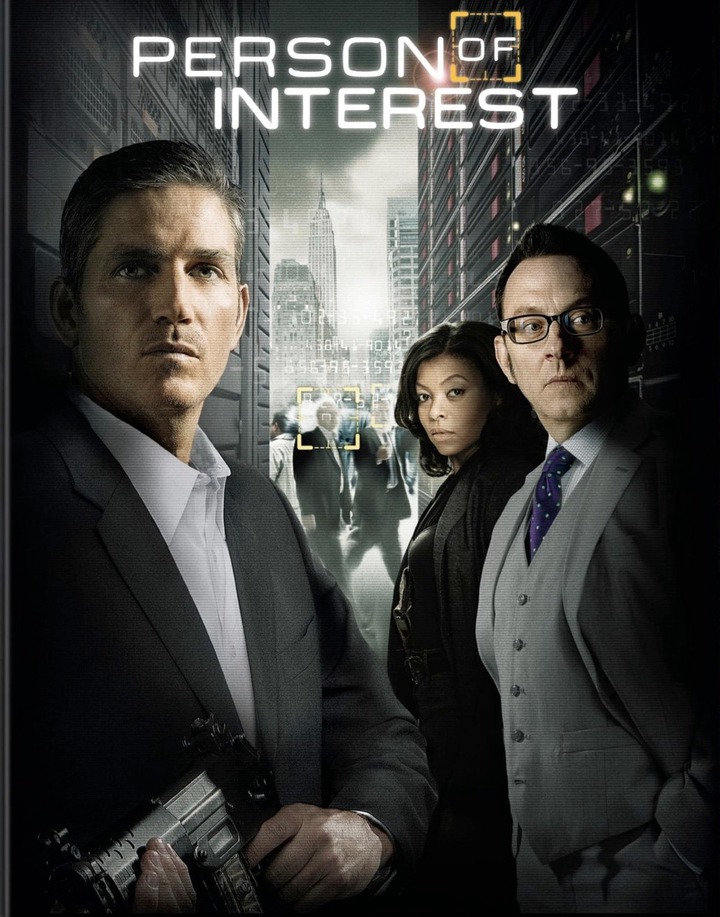 ﻿Person of Interest is a crime thriller focusing on John Reese, a presumably dead CIA agent, and Harold Finch, a software-genius and a billionaire. Together, they prevent upcoming crimes by using The Machine - a system that presents the Social Security number of either the victim or the perpetrator. Reese's actions draw the attention of Detective Joss Carter, while another detective, Lionel Fusco, is used by Reese as a mole within the police department. 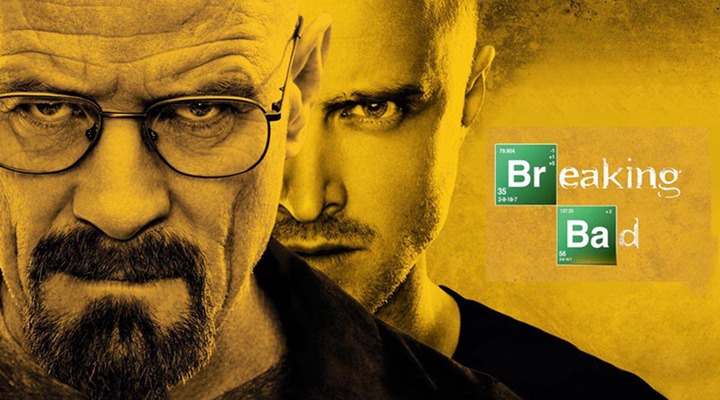 Breaking Bad, is all about an underpaid, overqualified and dispirited high school chemistry teacher who is struggling with a recent diagnosis of stage-three lung cancer. White turns to a life of crime, partnering with his former student Jesse Pinkman (Aaron Paul), by producing and distributing crystal meth to secure his family's financial future before he dies, while navigating the dangers of the criminal underworld. 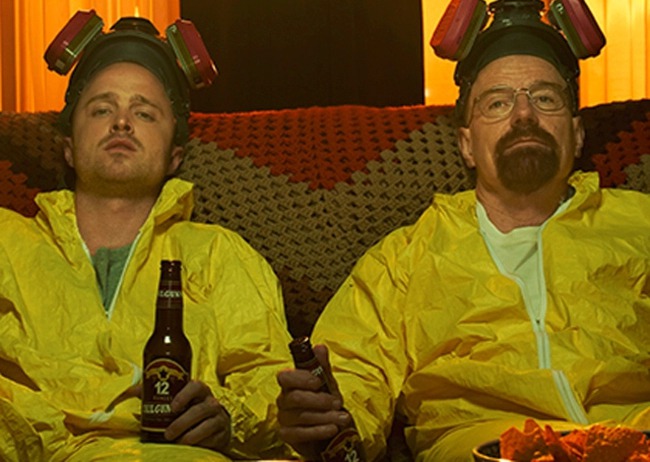 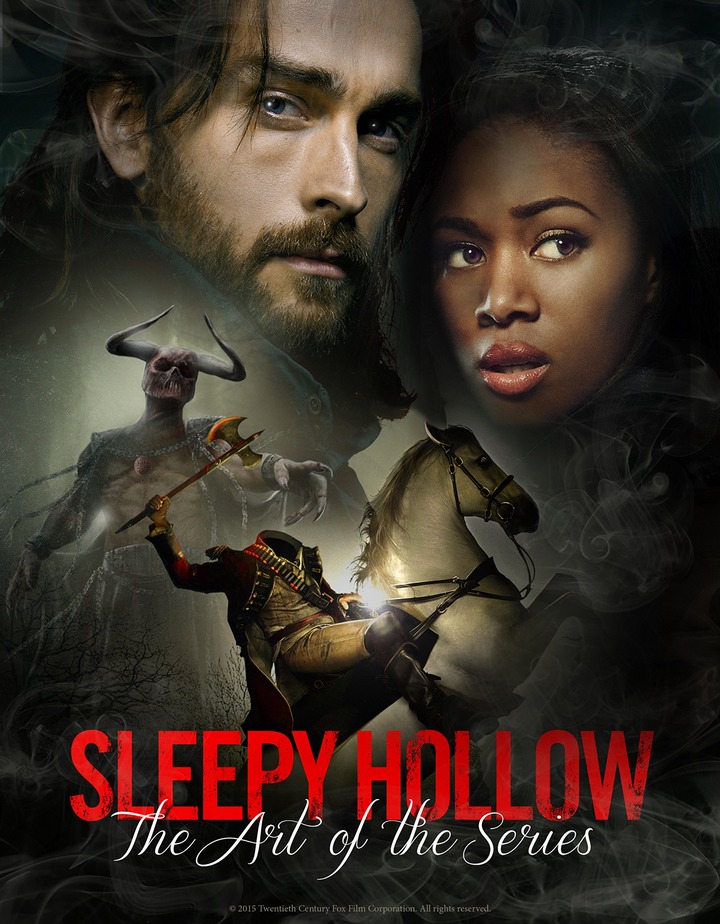 The series is loosely based on the 1820 short story "The Legend of Sleepy Hollow" by Washington Irving with added concepts from "Rip Van Winkle", also by Irving. The series is initially set in real-life Sleepy Hollow, New York, although it portrays the town as much larger than it actually is. For the fourth and final season, the setting moved to Washington, D.C.

It talks about a man named Ichabod Crane who is resurrected and transported through time to unravel an ancient mystery. Subsequently, he goes on a mission to stop the murderous Headless Horseman, who has been revived alongside him. 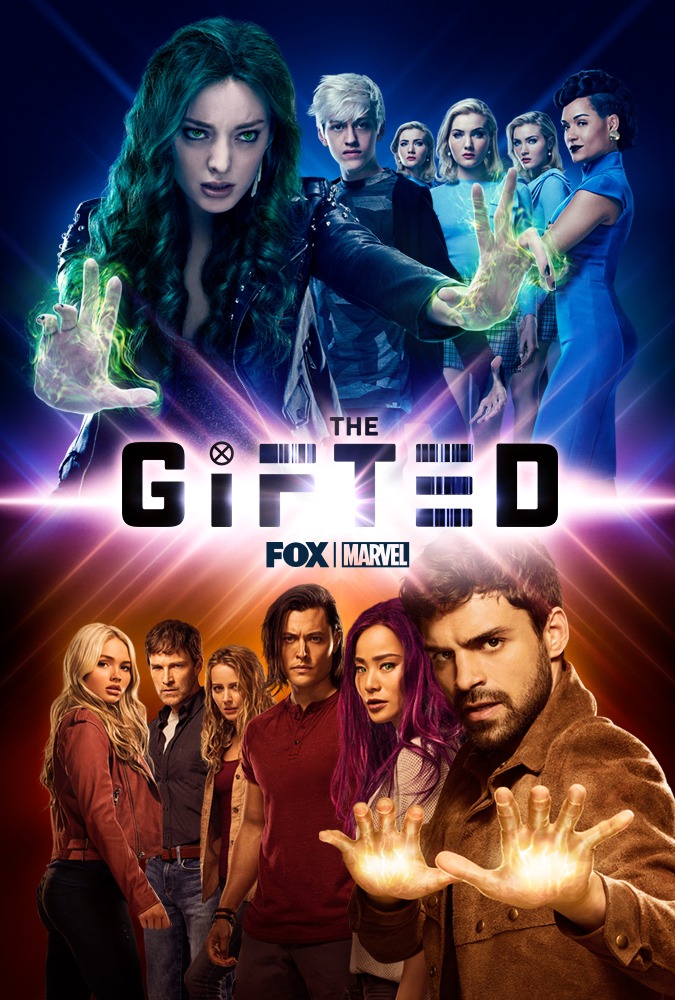 A couple lives happily with their children. When they realise that their children possess mutant abilities, they are forced to run and join a community that will help them, because they lived in a world where mutated humans are treated with distrust and fear, a place where an institute for mutants battles to achieve peaceful co-existence with humanity. 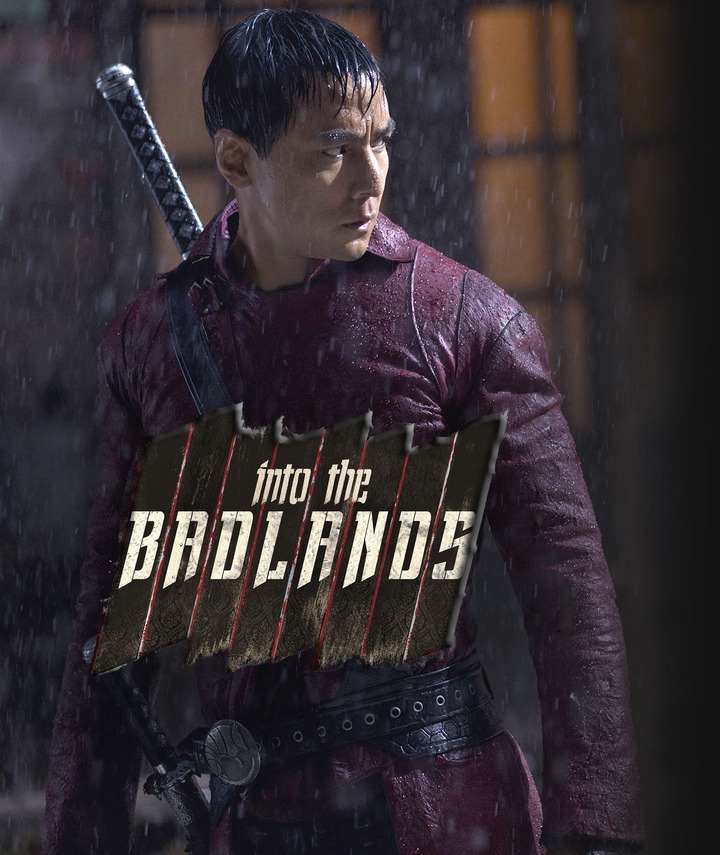 Into the Badlands has been described as "a high-octane sci-fi martial arts Series, and as a "post-apocalyptic drama". The series follows a warrior and a young boy who journey through a dangerous feudal land together seeking enlightenment. 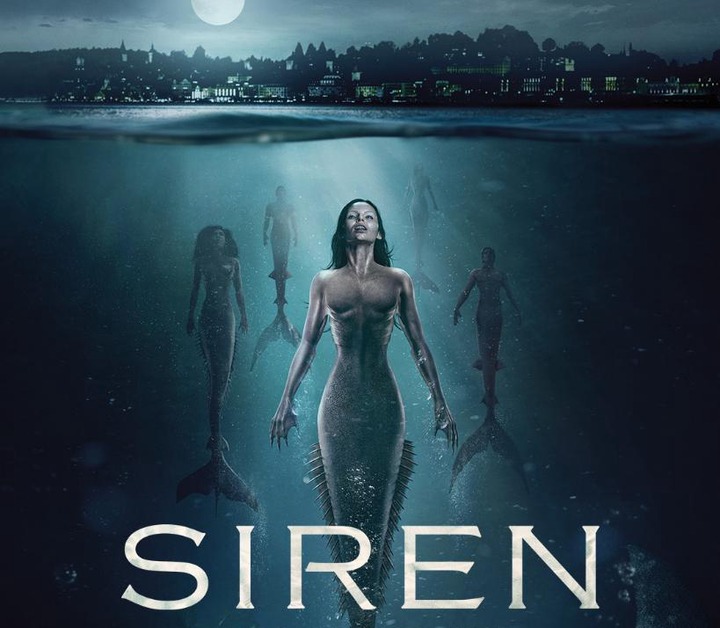 Legend has it that Bristol Cove was once home to mermaids. Now, this coastal town has a mysterious new visitor in a girl named Ryn, who may just prove that all of the stories are true. Ryn catches the eye of local marine biologist Ben, and when he begins to show interest, fellow marine biologist Maddie becomes suspicious. Others in town, like deep sea fisherman Xander, are on a quest to discover the truth that is out there, and Helen, the town eccentric, knows more about the mysterious creatures than she lets on. The battle between man and sea takes a dangerous route as these predators seek to claim their birthright.

Based on the best-selling novel "Point of Impact" by Stephen Hunter, and the 2007 feature film starring Mark Wahlberg, the series stars Ryan Phillippe ("Secrets and Lies") and follows the courageous journey of Bob Lee Swagger, a highly-decorated ex-Marine sniper who is coaxed back into action after he learns about a plot to kill the president. When Swagger's former commanding officer Isaac Johnson, played by Omar Epps ("House"), solicits his expertise in a clandestine operation, Swagger re-emerges from exile only to discover that he is inextricably involved in a disastrous operation with ties to his past. 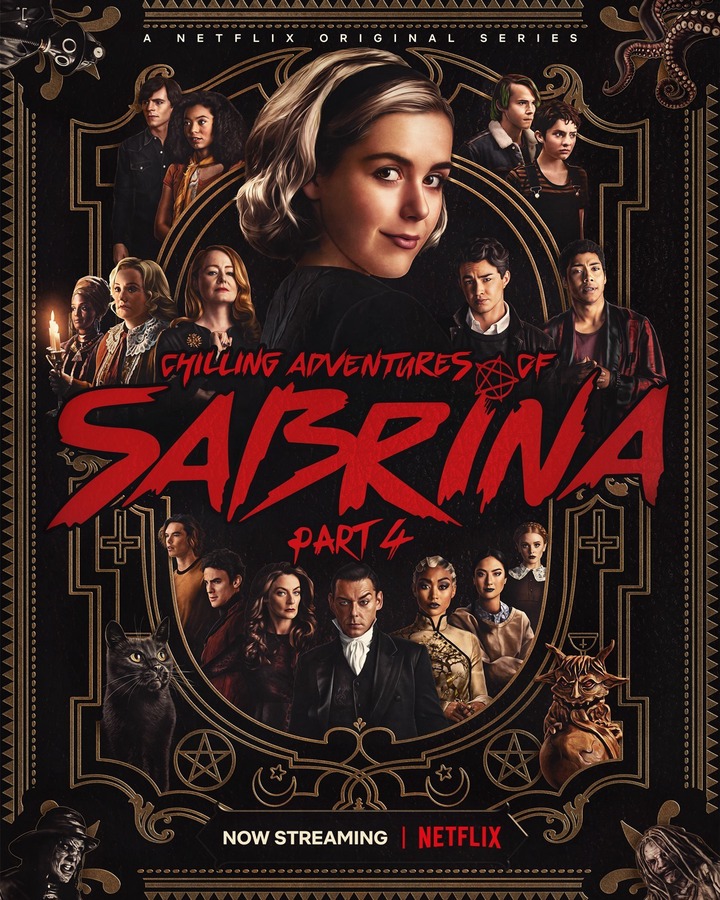 Chilling Adventures of Sabrina is set in the fictional town of Greendale. It is a dark coming-of-age story that includes horror and witchcraft. Sabrina Spellman must reconcile her dual nature as a half-witch, half-mortal while fighting the evil forces that threaten her, her family, and the daylight world humans inhabit. Note: Please If you are scared of horror-like movies then don't try.

ONCE AGAIN THANK YOU FOR YOUR TIME SPENT ON THIS ARTICLE PLEASE SHARE FOR OTHERS TO KNOW ABOUT THESE MOVIES ABD FOLLOW ME FOR MORE UPDATES.

Content created and supplied by: Omaxjnr (via Opera News )