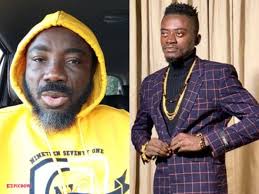 Big Akwes and his attack on Lilwin has made it way to become a talk to Ghanaians as people don't really know what is behind his attack. Big Akwes has come out to make another revelations following all his allegations.

According to Big AKwes, popular Kumawood Actor, Lilwin has taken him on, he has called on police to have him invited so they can make peace or burry the hatchet.

This action of Lilwin follows Big Akwes allegations and accusations against him.

Recall, Big Akwes not long ago hit our screens to make some shocking revelations about Lilwin and his career not forgetting the Ghana Movie Industry. According to big Akwes, Lilwin has been using Juju in his career to shoot his works at the expense of other colleagues in the movie industry. He further tagged Lilwin as a career killer, he sits on people's shine and anyone who works with him mysteriously loss relevance and on that, some of the movie stars will never want to work with him counting on Bill Asamoah.

Consequently, he came out again to blast LilWin for not attending Bill Asamoah's Mother's Funeral. He on that note revealed that, Lilwin has problem with almost all the movie stars.

Big Akwes speaking on his Channel on YouTube, Medwam, has alleged that Lilwin has petitioned the Ghana Police Service to have him invited to the police station so they can make peace.