Remember Harry Potter and the Deathly Hallows? See the before and after movie makeup of Voldemort

By [email protected] (self media writer) | 29 days ago

Harry Potter who's real name is Daniel Radcliffe in full Daniel Jacob Radcliffe was born on July 23 in the year 1989. He is best known for his onscreen portrayal of the boy wizard Harry Potter.

Harry Potter and the Deathly Hallows is a fantasy novel written by British author J. K. Rowling and the seventh and final novel of the Harry Potter series. It holds the Guinness World Record for most novels sold within 24 hours of release, with 8.3 million sold in the US and 2.65 million in the UK.

Lord Voldemort is a sobriquet for Tom Marvolo Riddle, a fictional character and the main antagonist in J. K. Rowling's series of Harry Potter novels. Voldemort first appeared in Harry Potter and the Philosopher's Stone, which was published in 1997.

He also appeared in the movie Harry Potter and the Deathly Hallows. In the movie, he looks like a monster but the truth is that he is very handsome. Below is the before and after movie makeup of the character Voldemort: 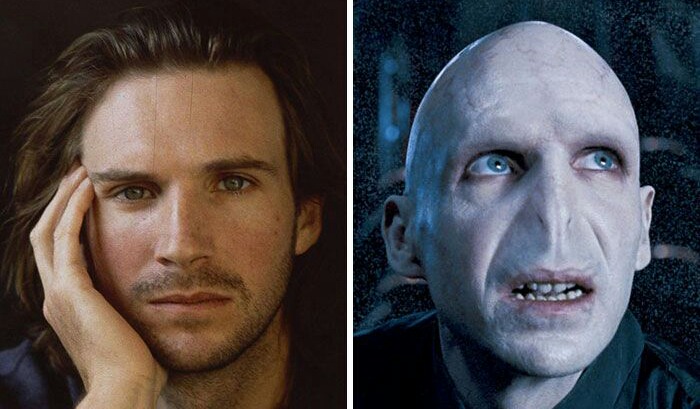 His real name is Ralph Fiennes. To turn Ralph Fiennes into a sub-human monster, Coulier and his team used eyebrow blockers and created veins with temporary tattoos. They used dark eye makeup around his eyes as well as fake fingernails, fake teeth and some paints on his hand.