By PinkSheet (self media writer) | 8 months ago 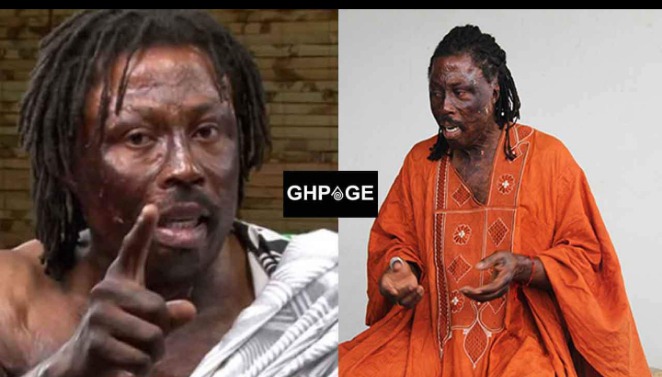 Ghanaian controversial Chief priest has come out boldly to disclose what most Musicians do behind doors to shoot their works. According to him, most top Ghanaian Musicians over time have been visiting his shrine for hit songs. He made this shocking revelation speaking in an exclusive Interview on Okay FM. According to him, he overtime helps lot of people in the music industry to climb into prominence and that, he is behind most of successful hit songs by most of Ghana's Top Musician. People were so much certain and ready to hear of the names of those musician but the saddest part of it was that, he didn't disclose the names of those he has helped before.

Further in his statement, he added that, he has gotten a lot evidence to buttress his claims and should any of them venture, he is going to let the cat out of the bag. Further in the interview, the cheif priest was asked how do those Musicians he claims of being behind most of their hit songs get the songs and scribble them down. He then came out in a loud voice to reveal that, neither do the Musicians write the songs nor make the song but it his dwarves who serve them as a songwriter to put into order lyrics for a hit song. "Despite all these, thy turn to turn their backs on him after those songs shoot them into prominence", Kwaku Bonsam Laments.

He further revealed the mystery behind musicians lossing relevance after short time of being popular and according to him, these Musicians after getting the fame fail to show appreciation and gratitude to his gods but instead, go a long way to praise the almighty God attributing their rise to God.

"These Top musicians rather give praises to God for their success or breakthrough and fail to show appreciation to him and his dwarves and that, they just flop along the line", He lamented.

Please don't forget to follow me for more news updates.

Content created and supplied by: PinkSheet (via Opera News )

If You Think Jesus Takes Away The Sins Of The World, You Are Wrong - Pastor Damina, clarifies

6 Benefits Of Sleeping Without A Pillow

Evil spirits are afraid: plant these herbs in your house and get 100% protection against bad spirits