The Wire Actor Michael K. Williams Is Deceased At 54

By lupita (self media writer) | 1 month ago 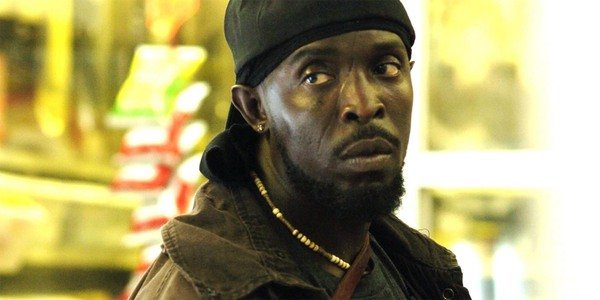 Entertainer Michael K. Williams was discovered dead in his New York City condo on the evening of Monday, September 6. Williams, dearest for his work in The Wire cast as Omar Little, is said to have been found while there was drug stuff in his home, which, at this moment, recommends a potential medication glut.

As indicated by the New York Post, Williams was discovered dead in the family room of his Brooklyn penthouse by his nephew.

Many fanatics of the late entertainer originally came to know him through his depiction on The Wire of renowned Baltimore stand up man, Omar, who much of the time took from road level street pharmacists. Williams was adulated for his work as the dreaded cheat, who was known to have a severe code of morals that put him aside from the other, many, road level hoodlums displayed on the series.

While Omar decided not to utilize obscenity, and furthermore wouldn't hurt any honest regular people who were not engaged with criminal endeavors, he was as yet a legend to different characters who was dreaded to the degree that on the off chance that anybody heard him whistle his unique tune, they would basically caution others and move as distant from his objective as could be expected. What's more, Michael K. Williams brought the suitable measure of secret and hazard to the job, while additionally assisting with showing how even somebody as perilous and carried out to an existence of wrongdoing as Omar has many measurements to their character.

In the wake of leaving his temp work at a drug organization, Michael K. Williams sought after function as an artist from the get-go, in the end arrival gigs in music recordings and on visits for specialists like Madonna and George Michael. He won his first acting job subsequent to being found by rapper Tupac Shakur, which prompted Williams being projected in the film Bullet, which delivered in 1996.

He then, at that point proceeded to pile up more than 100 credits in motion pictures and TV programs, continually bringing his unique force, profundity and (oftentimes) humor to his parts. Alongside his five seasons on The Wire, Williams was seen on shows like The Sopranos, Alias, CSI: NY, Community, and Law and Order: SVU. Williams was in movies, for example, the made for TV film Lackawanna Blues, Gone Baby Gone, Miracle at St. Anna, The Purge: Anarchy, Inherent Vice, Assassin's Creed, Super Fly, Motherless Brooklyn, and The Red Sea Diving Resort.