Tiwa Savage "S3x tape" with Unknown Boyfriend leaked [VIDEO]. See if it was her 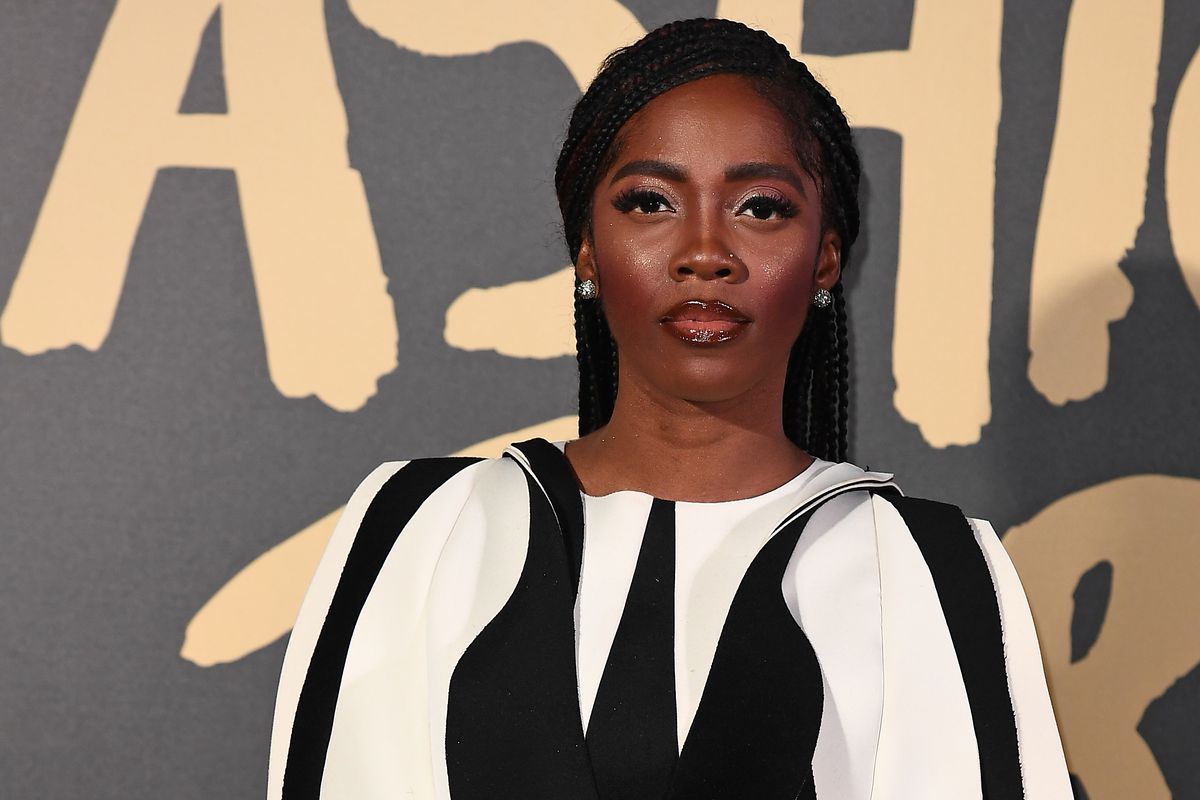 Born in Isale Eko, relocated to London at the age of 11 for her secondary education. Five years later, she began her music career doing backup vocals for artists such as George Michael and Mary J. Blige. She participated in the UK edition of The X Factor and graduated from Berklee College of Music. Inspired by the growth of the Nigerian music industry, Savage moved back to Nigeria and signed with Mavin Records.

Savage's music is a blend of Afrobeats, R&B, pop and hip-hop. Her debut studio album Once Upon a Time was released on the 3rd of July 2013. In June 2016, Savage signed a management and publishing deal with Roc Nation. In September 2017, she released her debut EP Sugarcane. In May 2019, she announced her record deal with Universal Music Group and exit from Mavin Records.

Tiwa has really worked hard for herself and the Nigerian Music Industry as well. She has been recognised and received several accolades to her brand. However, there have recent controversies all around about a leaked sex tape of her with unknown boyfriend, has affected her brand and lifestyle in a way. According to her reaction to the leaked sex tape, she claims it is a blackmail. 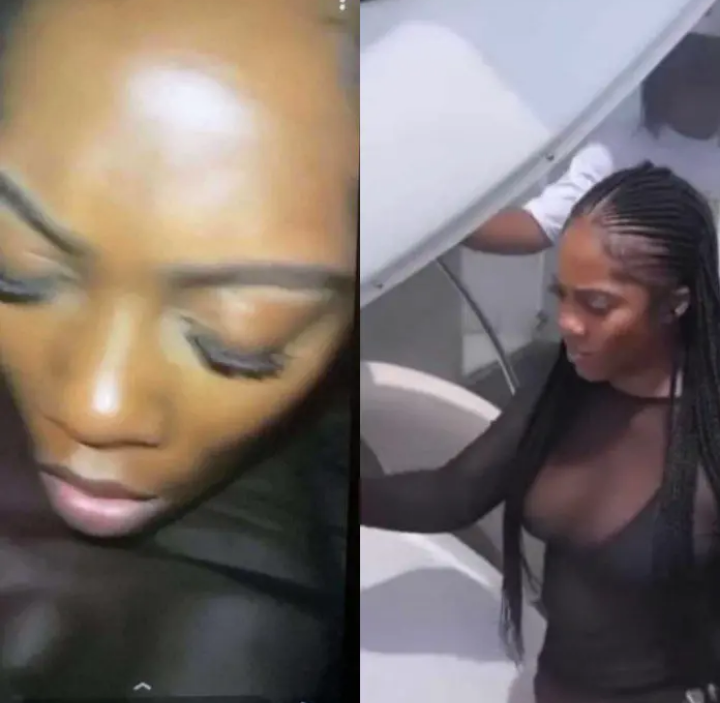 Tiwa Savage has revealed that a blackmailer is currently in possession of the footage which shows her private moments with her unknown lover. According to Tiwa Savage, the sex tape was accidentally uploaded on Snapchat by her boyfriend. He deleted it as soon as he realised what he had done. But it was too late. During an interview with American OAP, Angie Martinez of Power 105.1, Tiwa revealed that the person in possession of the video wants to defraud her. But she is not really fearful since she has been a victim before. She revealed that this fraudster is an anonymous blogger called ‘Gistlover’. This story has since generated a lot of controlion on social media, with majority motivating her to stay stronger. 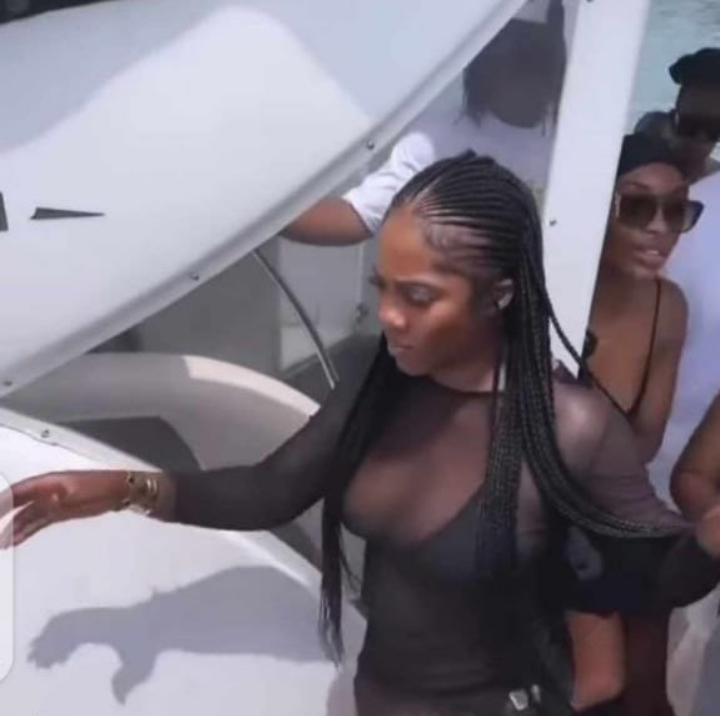 In the interview with Angie Martinez of Power 105.1, she said “No part of me wants to pay the person. That is what is getting me angry. If you want to put it out, put it out. I am that crazy that I can put it out myself. You are not making any money from me. This was an intimate moment with someone I am dating. The person I am dating is not famous, he is a regular guy and his whole business is about to be out,”.

When she was asked about how her family and child would receive this controversy, she replied “The guy is more concerned about me because he knows that I am going to be more affected. My mother and my son having to see it. I am going to talk to my son about it."

“For me, it is when he is older at about 15 and someone is rude to him at the playground and they make reference to the tape. I have to brace him up.” 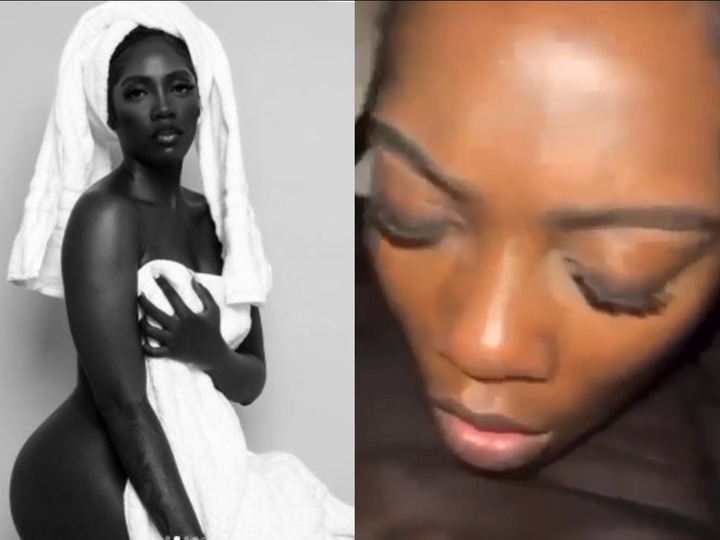 We can not sit and snap-in Corolla and Picanto because we are shy, pick us up with Civic-Accra girls

Video: " Something Must Kill A Man ", See What Happened After A Man Carried A Heavily Endowed Lady

Take a look at how this model was twerking after a workout.