Amanda Jissih – I'll swear on any altar that I've done nothing to MzGee. 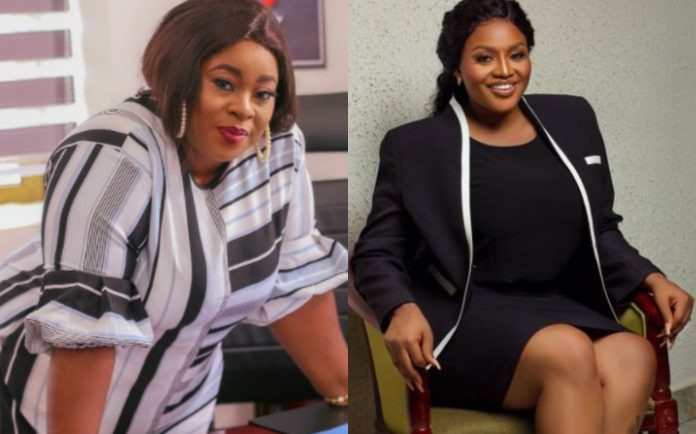 After they failed to recognise each other at a ceremony, Ghanaians spotted a feud between two powerful entertainment pillars, Amanda Jissih and MzGee. Amanda claims that she has no understanding why MzGee is usually hostile toward her.

Amanda Jissih revealed her non-existent relationship with MzGee on United Showbiz over the weekend. She revealed that their strained connection began while they both worked at the same media company.

She hasn't responded to my greetings for several months. I didn't take it very seriously at the time. As a result, I no longer greet people. If you don't want to be nice with me, I won't be friendly with you either, since I know I've done nothing wrong.

MzGee had raised the white flag at one point, but Amanda had been humiliated too severely by him to contemplate her proposal. Because she couldn't have spoken to MzGee in private, Amanda claims that social media was the ideal venue to solve the "TT-leak" issue.

So, after I left that establishment (Multimedia), I was told that MzGee wanted to speak with me. And because she had embarrassed me so many times, I promised her I'd talk about it later. She doesn't reply when I meet her in public places. She walks right by me when we meet at gatherings. It wasn't the first time that people began to comment. If she makes a mistake anywhere, I can't contact her to tell her she's wrong since she won't accept my call, " Amanda Jissih came to a conclusion.

Content created and supplied by: PAGE'S (via Opera News )