By Markayy (self media writer) | 1 month ago

Charles Nii Armah is popularly known as Shatta Wale in public. In the music industry, he is well known for many hit songs in the country and could even be identified by kids. 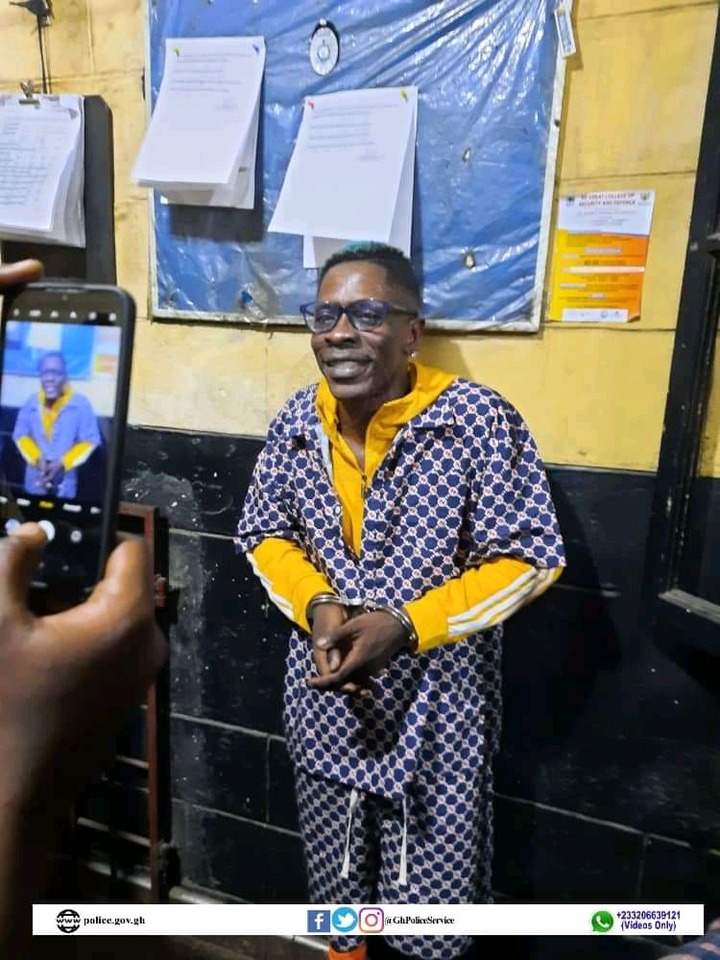 A few days ago, news broke that the music star has been attacked by unknown armed robbers at an undisclosed location. 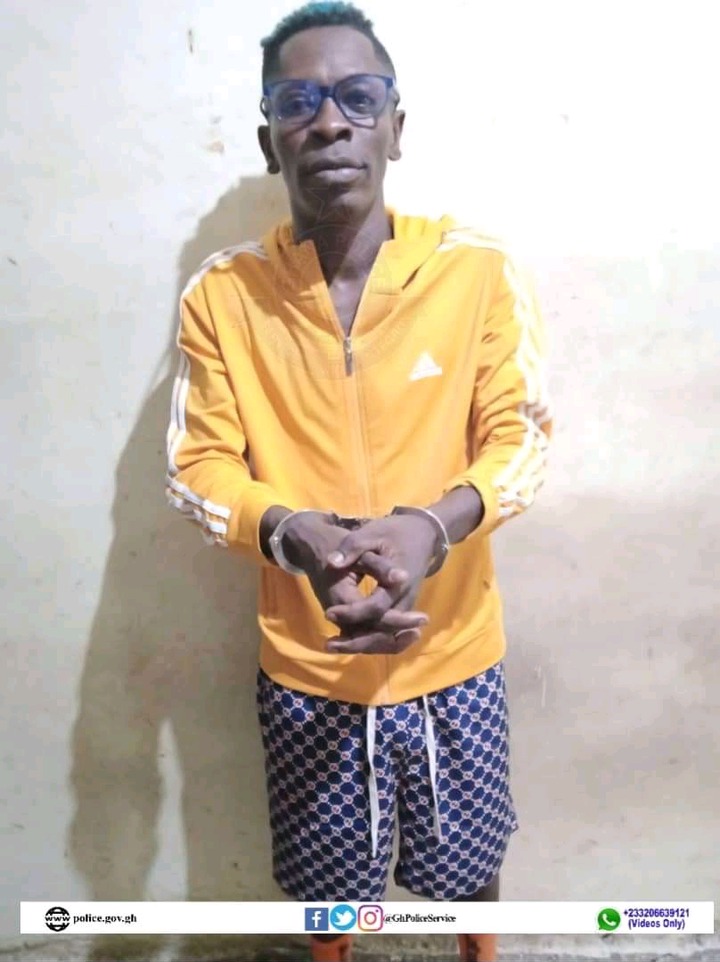 Many were concerned and wondered if their music star was safe and sound after the attack.

After a series of investigations by the Ghana Police Service, it was revealed that this was false news and misinformation.

Shatta Wale was then declared wanted by the police to assist them in their investigations after the arrest of two men by name; Kojo Owusu Koranteng, also known as Nana Dope, and Eric Venator, alias Gangee yesterday for allegedly spreading false information.

Around 8:45pm yesterday, Shatta Wale reported himself to the police for being declared wanted.

He was then immediately arrested and handcuffed.

Looking at the pictures attached to this post, Shatta Wale could be seen laughing as if there is nothing at stake even though he was in a handcuff.

The police has hinted of a possible prosecution of Shatta Wale without delay.