Fans Spark Controversy With These Titles On Alan Kyeremanteng's Birthday 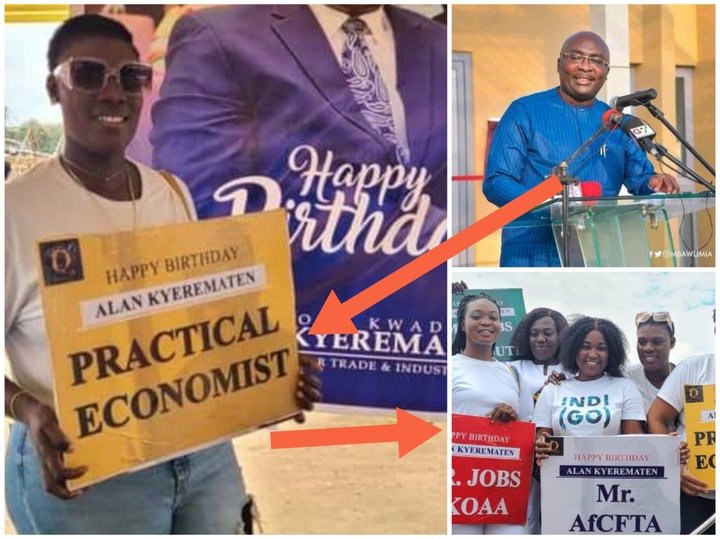 Today is the birthday of the Minister for Trade and Industry, Alan Kwadwo Kyeremanteng, and his fans have already started started hailing his praise with some intriguing titles for him. These titles seems to drawn a contrast between Alan Kyeremanteng and the Vice President Dr. Mahamudu Bawumia.

Whereas Vice President Dr. Bawumia is nicknamed 'Mr. Digital', 'Adams Smith of NPP' and other titles that eulogizes his academic proficiency in economics, Alan Kwadwo Kyeremanteng is given other titles too but with emphasis of practicalities and accomplishments. For Alan Kyeremanteng, fans have accorded him the titles; 'Practical Economist', 'Mr. Jobs Nkoaa', 'Mr. AfCFTA' and several others, just to emphasized on the difference between him and the Vice President. 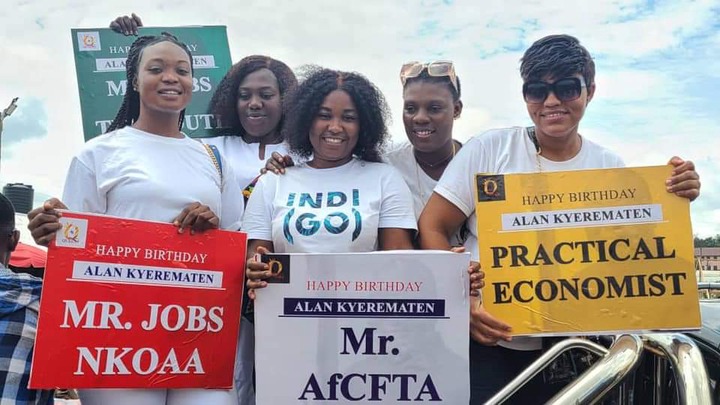 Today Mr. Kyeremanteng's birthday, and if these titles are meant just for his birthday, what then would become of the titles and accolades they will use for Alan Kyeremanteng when the NPP gives the green light for a full campaign for the 2023 congress?

Comparatively, the titles awarded Alan Kyeremanteng are that powerful as compared to those given Dr. Bawumia. In fact, should there be a list to be computed in terms of accomplishments for these two political figures, Dr. Bawumia will have more gains in areas of policies than the practical gains, where Alan Kyeremanteng's prowess lies.

In the political space, Alan Kyeremanteng has a weightier reputation and followership within the NPP and even among opposition parties than Dr. Bawumia.

Consider Alan Kyeremanteng to be a senior to Dr. Bawumia in this game despite the latter being the Vice President. However, should there be a reason to use social media followership as basis to determine which among the two stands a greater chance becoming President, Dr. Bawumia will jet way higher than Alan Kyeremanteng.

With over eight hundred thousand followers of Dr Bawumia, Mr. Alan Kwadwo Kyeremanteng's Twenty-five thousand is just three-hundredth (3/100) of what the Vice President has on Facebook.