“Pay Me Back My GHC1,500 And Stop Badmouthing me”- Nhyiraba Kojo Throws Shade At Lilwin

By Todaysnewss (self meida writer) | 16 days 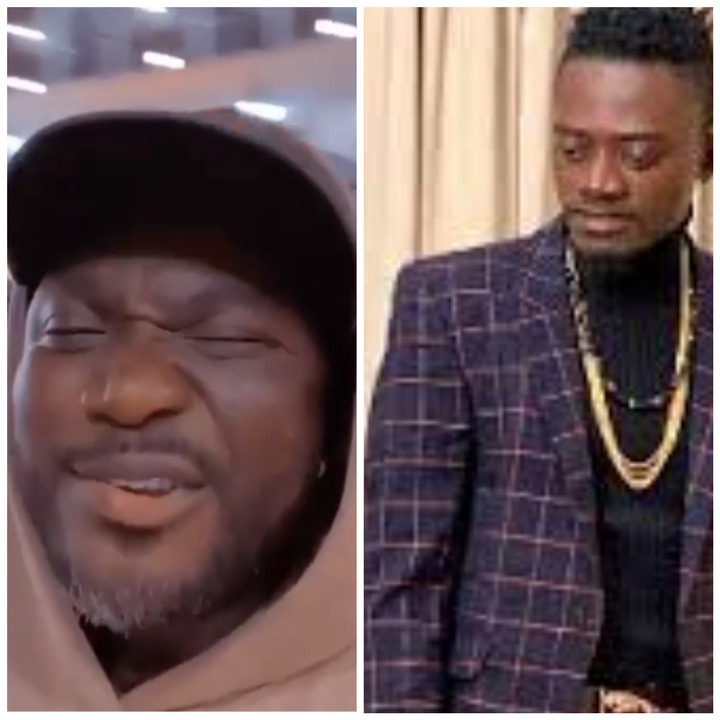 Kojo Nkansah Lilwin and Nhyiraba Kojo have been throwing shades at each other on social media for some reasons some belief to be pointless.

This outrageous accusation was made against Lilwin on the internet as part of a name-soiling campaign initiated after the comic actor refused to show up for a birthday party he had planned for him. According to Lilwin, his flight delayed because of the bad weather in Kumasi, thus his reason for not showing up at the party.

Nhyiraba Kojo, who has vigorously increased the pace of his verbal assaults on Lilwin, has claimed categorically that the screen wizard owes him Ghc 1,500 and that he should compensate him before responding to his rants.

Meanwhile, Lilwin was cursed by the real estate mogul earlier yesterday for slandering his name and claiming to the general public that he tried to use him for money rituals.

In a video sighted by ghgossip.com, the failed musician said that the actor refused to honor his invitation out of jealousy because he has been able to put up an expensive mansion.

However, Lilwin has not come out to either confirm or deny the allegations leveled against him by the artiste. Lilwin has not yet to react to Nhyiraba Kojo’s latest claim, either denying or admitting it.

To learn more, please view the video below…

Content created and supplied by: Todaysnewss (via Opera News )