'I want her share of the things, your highness' - Father fights back after his daughter's death

By RockyJDJones (self media writer) | 5 days ago

The royal home of Konongo Odumase's Aduana House was not just vocal in their ruling this afternoon but made sure all parties involved got their fair share of the ruling as the Chief, Nana Kofi Antwi II, brought all the parties together in a handshake after the ruling that changed the day. We are not here to be enemies, but to subject ourselves to the rule of common sense, the chief stated as he brought all parties (an angry father and a widower husband) together after the hearing. 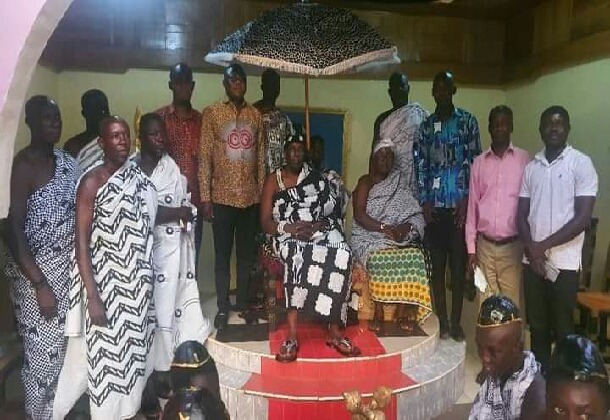 The father, Kwaku Azura Richard, had taken his late daughter's husband to the royal house of Odumase over the widower's actions of refusing to grant he the father of the deceased, the fair dividends of his daughter's assets in their six years of marriage. Mr Azura accounted to the Oduamse Royal house that, her daughter died of high blood pressure in March 2020 and was buried in October 2020. The husband of the late Sarah Benson, Emmanuel Benson, had represented and performed his duties as a widower during the cause of the funeral but has since denied the family the right to take charge of the late Sarah Benson's estates.

Sarah in her will left her estate including her social security to her twelve-year-old daughter and her younger sister. The younger sister was to act as a caretaker until the twelve-year-old turns eighteen to take charge of everything she left her. The father of Sarah Benson, Mr Kwaku Azura Richard, was to act as a supervisor in the will if the father was alive but if he was not alive, then her younger sister Esther should take full charge until her daughter turns twelve.

The husband of Sarah, Emmanuel Benson, was not the stepfather of Sarah's daughter as Sarah did not bring the little child to her marriage but made her lived with her father and younger sister in their family house throughout her marriage. Sarah before her marriage didn't want any stepchild and stepdad issue and made her father Kwaku Azura Richard, act as her daughter's guardian as she enjoyed her marriage in peace.

Sarah Benson and husband Emmanuel Benson throughout their six years of marriage, never conceived any child in their marriage but Emmanuel made sure his twins, seventeen years old boys lived with them in their house. While Sarah kept her daughter out of the marriage, Emmanuel didn't do such a thing and borought his sons into the marriage.

It was this issue, that has developed into a conflict, that forced the father of Sarah Benson to seek redress from the Odumase Royal House. The husband of the late Sarah Benson, Emmanuel Benson had argued that Sarah's children were the twins he Emmanuel brought to the marriage and anything she had, should go to the twins. 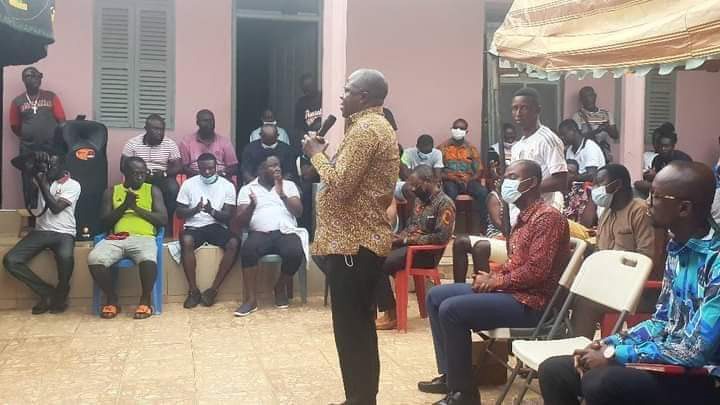 Mr Kwaku Azura Richard, Sarah's father never took the case to the court because of fear of long trials and lack of lawyers and took the case to the Chief of Odumase over the unfair attitude of his late daughter's husband of denying Sarah's daughter of her true inheritance. I want her share of the things your highness, everything Sarah left in her marriage before her death should go to her daughter, the father, Richard Azura kept saying.

Nana Kofi Antwi II after listening to both sides of the issues sought one hour break with his elders, and upon his return, ruled that the husband should do diligence and honour his late wife. Don't be greedy, and deny what your wife would have given to her daughter. She didn't ask you to feed her daughter for her, but she feed you and your sons and even took them as her sons, but that still doesn't state she never had a child of her own. Everything you and the wife had, make sure to divide it into two and give one to your late wife's daughter. Don't anger a dead woman with the sound of her daughter, the chief ruled.

Should anything happen to the daughter of Sarah your late wife, her soul will call you to come to answer so in other not too anger a dead soul, give what truly belongs to the girl. Divide everything as Nana has said, and give one to the girl, that is our ruling, the queen mother of Odumase, Nana Yaa Koah added. The crowd in one accord applauded the chief and elders for making peace prevail in the two families. 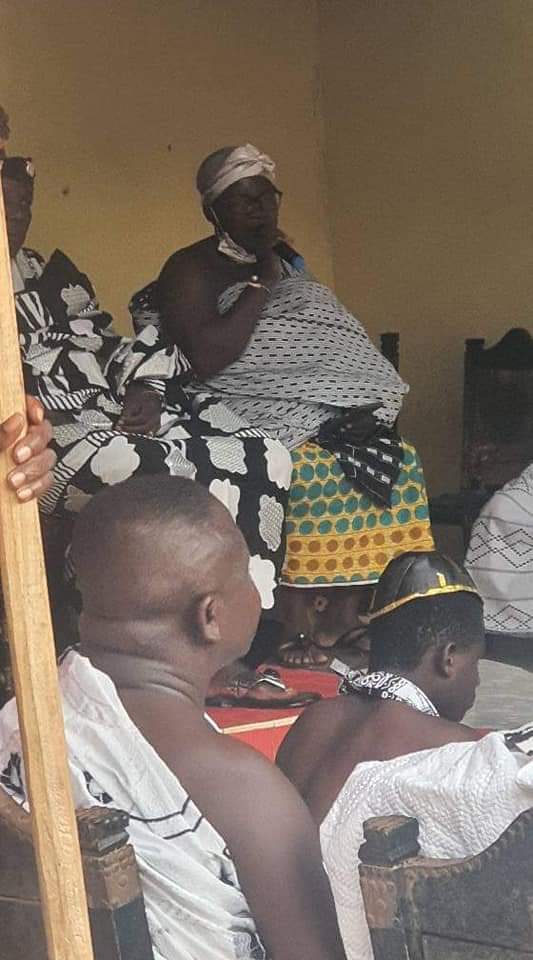 No Form Of Intimidation On Civilians Will Be Accepted:Doumbouya Warns Military And Police Personnel