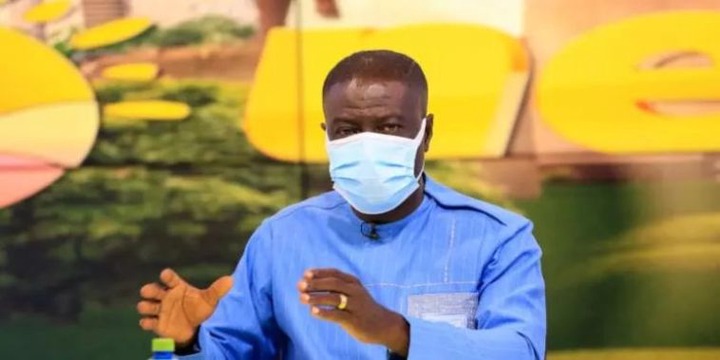 Media General, the mother company of Onua FM and Onua TV, believes the statement made by morning show host Captain Smart, leading to his arrest should not be one that should be interpreted in the manner that the police did.

The company said it is increasingly becoming concerned about the new trend of arrest of journalists and media practitioners.

A statement issued by the company on Thursday, December 2 said this recent trend has affected journalists who work with Media General and simply doing their work and, like every Ghanaian, should be protected by the Constitution.

A careful review indicates: “Today’s arrest and detention of Captain Smart is by no means an isolated incident, but just one more egregious example of the intolerance increasingly creeping into the Ghanaian society. We are convinced that a careful review of the entire statement made by Captain Smart would reveal that it did not amount to threats to the peace and or stability of the country as claimed by the Ghana Police.

“The Media General Group would like to urge the Ghana Police Service and the IGP to exercise restraint in their dealings with journalists legitimately doing their work and dismiss these broad charges so that press freedom would be protected.

“We at Media General shall continue to preach and exercise responsible journalism. However, we would continue to empower our journalists and broadcasters to be fearless, honest and forthright in their professional outlook always,” a statement said.

How Captain Smart was arrested : Blow by blow account.

1.Captain Smart was picked up in his house on Thursday morning by operatives of National Security.

2. He drove with them to the National Investigations Bureau installation near 37 Military Hospital in Accra.

3. He was subsequently transferred to the Nima Divsional Command of the Ghana Police Service.

4. Captain Smart was interrogated by a team comprising the Divisional Commander, Crime Officer, Investigative Officer and other officers of the command in the presence of his lawyer and managers.

5. During the interrogation, Smart was officially informed that the reason for his arrest was for comments he made on his show, Onua Maakye that the police considers to be inciting of the public against the state.

6. He was cautioned on the offence of offensive conduct after which his written statement was taken by the Crime Officer.

The management of Media General, operators of Onua TV and Onua FM, have been working with their lawyers and the Ghana Police to secure a bail for Captain Smart. 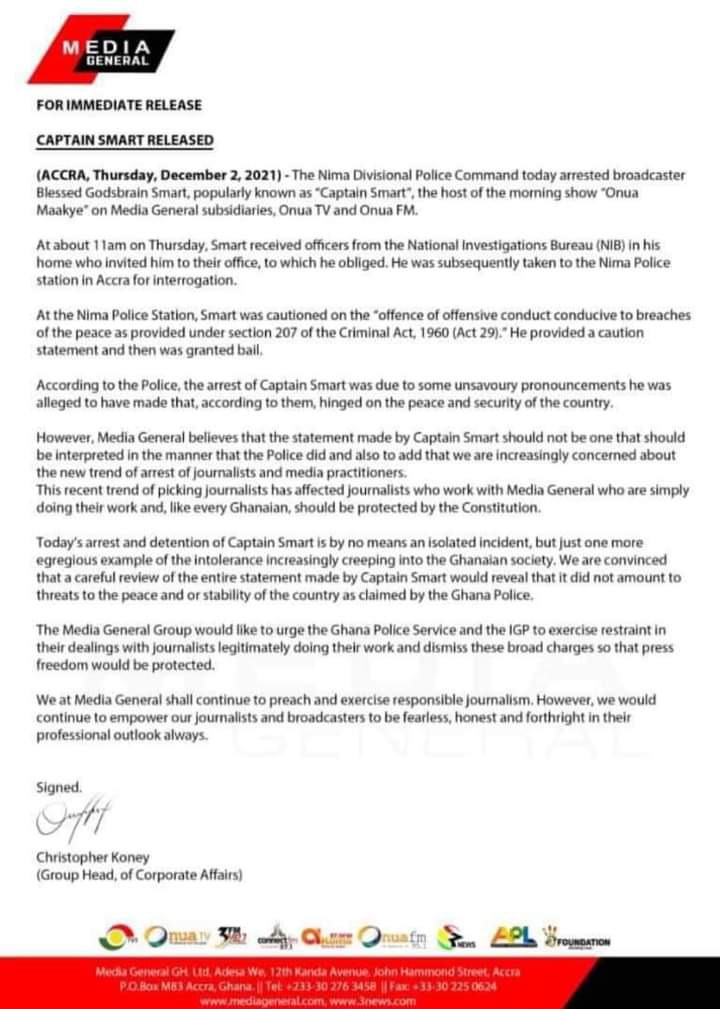