By ElohaiBusiness (self meida writer) | 1 months

Kofi Ampofo, the only celebrity mad man in Ghana popularly known as mona mo bl3 has come again with another stimulus issue which is going viral on social media.

In an interview with Kofi Adoma Wawani on Kofi TV, Mona no bl3, the mad celebrity narrated how he went from being a normal person to being a mentally challenged person.

He also narrated the number of women he had encountered and how he got intimate with them to the extent of having them in bed.

Kofi Adoma asked him if he has ever marry or been in a relationship before and the mad celebrity made it clear that.

He is the type that never liked a relationship, he always prefer to do what he like with you and that is all. 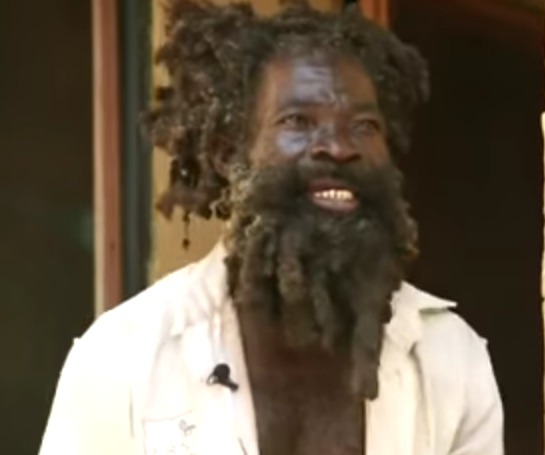 So after having you in bed, it means business has come to an end. He wouldn't call, text, all like to see you again.

According to Mona no bl3, he worked as a lotto agent and so he traveled a lot. Some of the towns which he said he traveled to work that he can recall are Suhum, Sewhi, Goaso and many more.

He also explained that during his teenage life, he was very brilliant and loves to play until one night after hr completed his form 4 education with a lady whom he believes to be a spirit.

Days after having that strange lady in bed, he started having some burning sensations in his heard.

The burning sensation became worse from time to time and due to the poor financial state of his parents they couldn't try him on any better medication .

According to his parents, the severe addiction yo smoking marijuana has caused him and they believe he will get better when he stops smoking.