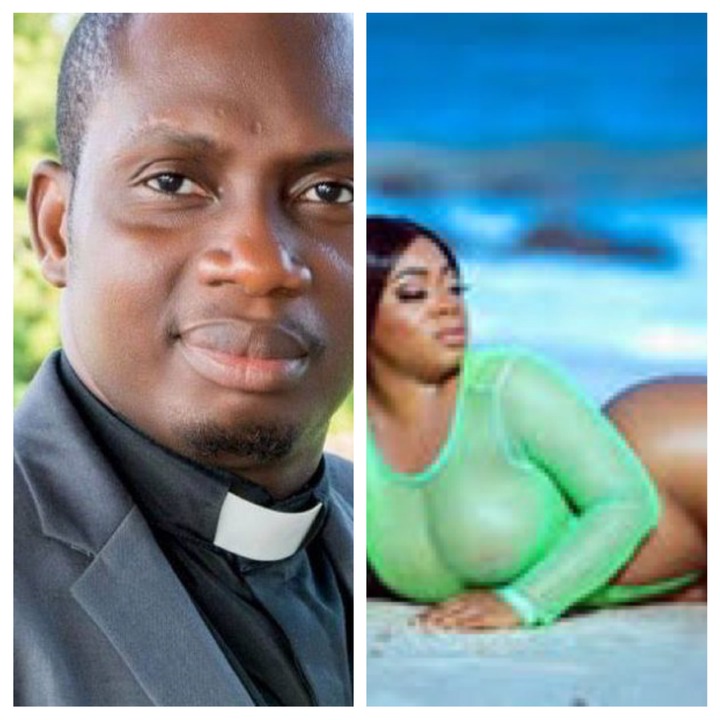 “Losing all the goodies and glory you gained from prostitution will be total stupidity”.He said this on a reality show on a national television.The current viral video of model and actress,Moesha Buduong has caused,and is still causing a stir on social media.Her uploaded video has caused people to say lots of things,both positive and negative about her.It looks as if society and “social media” has gone against the once known goddess since she posted her “repentance “ video.People have even started saying that she is going through a serious developmental disorder.But this same social media favored her some few months and weeks ago.Almost all the youth,especially the “slay queens “ saw her as a goddess just a few days ago but things have changed today.In her viral video,she kept advising the youth against fornication.

The controversial marriage counselor’s take on this saying by the former goddess was that,no man can take a woman’s glory after getting intimate with her.He continued by saying that nobody even knows what Moesha Buduong has repented of,be it fornication or other social vices.He also added that,the element for repentance is not a public show,and that telling the world what she has gone through was

Content created and supplied by: Fin_gill (via Opera News )