Lover of Ewe Music Should check these Facts

By SelaStories (self media writer) | 7 months ago 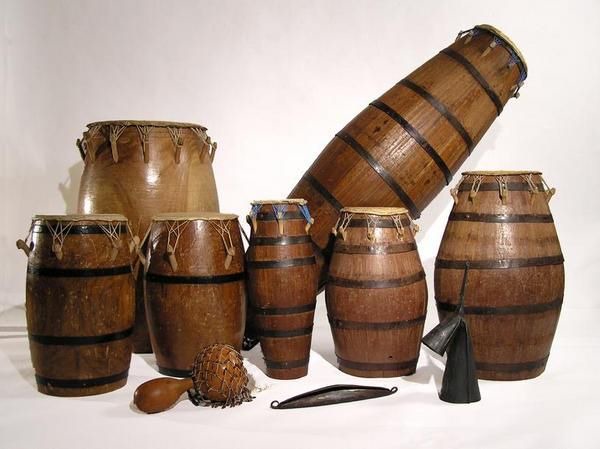 Ewe music is the music of the Ewe people of Togo, Ghana, and Benin, West Africa. Instrumentation is primarily percussive and rhythmically the music features great metrical complexity. Its highest form is in dance music including a drum orchestra, but there are also work (e.g. the fishing songs of the Anlo migrants), play, and other songs. Ewe music is featured in A. M. Jones's Studies in African Music.

The atoke, gankogui, and axatse sound the rhythmic foundation. The atoke is a high pitched gong played with an iron rod. The Gankogui is a clapperless double bell that is pounded in shape rather than cast. It produces much less audible high partials than western bells ("purer" fundamental) and is played with a stick. It produces two notes each of which vary and must vary among gankogui so they may be used together. The gankogui plays a key pattern, or guide pattern, which the orchestra builds upon, although the tempo is set by the master drummer. Many bell patterns from 8 to 24 pulses are used, but the most common key pattern is the 12-pulse basic Ewe, or standard pattern.

The axatse is a rattle—a beaded gourd instrument. The axatse part which accompanies the standard pattern is: "pa ti pa pa ti pa ti pa ti pa pa." The "pa's" sound the standard pattern by striking the gourd against the knee. The "ti's" sound pulses in between the bell strokes, by raising the gourd in an upward motion and striking it with the free hand. As is common with many African rhythms, the axatse part begins (first "pa") on the second stroke of the bell (1a), and the last "pa" coincides with 1. By ending on the beginning of the cycle, the axatse part contributes to the cyclic nature of the overall rhythm.

The following are some Drums use for the music; Master drum: Atsimewu , Asiwui: Sogo, Kidi, Kagan, Bell, Shakers

Content created and supplied by: SelaStories (via Opera News )