I Think I Looked Too Much Expensive To Kofi - Fatima Of Date Rush Cried Out.

By Scarletbuggarti (self meida writer) | 12 days 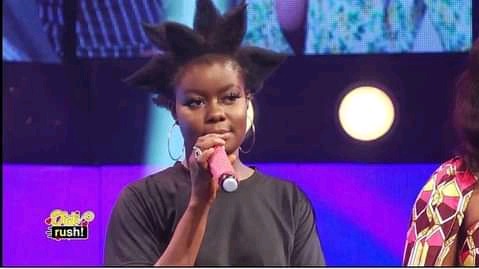 Fatima has revealed a warmth declarations on why the guys who mount on the Date Rush show to look for love never picked her up for a date.

Fatima is one of the female contestants of TV3 Date Rush show who has won the hearts of many because of her unique dance moves and how she used to talk on the show.

In fact she has really spent weeks on the show without any sign of hope for her to get a date but the unexpected was just about to happened on the show on last Sunday.

It was just too close for Fatima to get a date but the guy ended up choosing Bella over her which really got her so much.

So after the show Fatima declared to Anita Akua Akufo that maybe she looked very much expensive to Kofi the guy who mount on the show to look for love - and that she saw no reason why he didn't pick her instead.

She went on to say that, she really has everything in common with the said guy - Kofi in terms of his favorite food omo tuo with groundnut soup, he being a musician and the most touching part is his name Kofi because her late brother was also called Kofi.

On a more serious note, Fatima was really into Kofi on the show on last Sunday but because she looked very much expensive for him, he ended up choosing someone else.