I Talk to the corpse when it wakes up, Undertaker reveals terrible experience

By PoliticalNewsRoom (self meida writer) | 25 days

A young man by name Samuel Okyere who was an undertaker have revealed some shocking experience about his job that is not just shocking but also frightening.

In an interview on Crime Check Television on Wednesday, 24th March, 2021, Samuel Okyere indicated that their job is very frightening and requires courage and bravery to be able tonstand the experience. 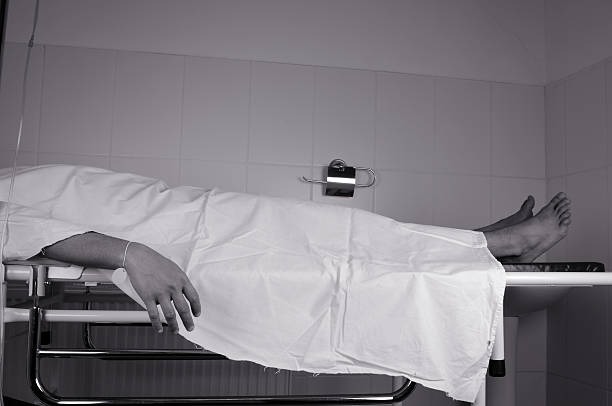 In the interview, he noted that sometimes the spirit of the corpse which is always around where the body is laid can weep to the extent that one can see the corpse shedding tears. notable of who are pregnant women who die in the course of delivery, accident victims and those whose deaths are premature.

The interview was sponsored by Crime Check Foundation and aired on the official YouTube channel of the Foundation @Crime Check TV GH dubbed "Time With Prisoner." It is meant to reveal some problems with the criminal justice system in the country. This edition featured the young man who was released from prison after spending a year and half over false accusationf by his girlfriend over stealing, simply because she wanted him out of the way to marry her borga boyfriend. 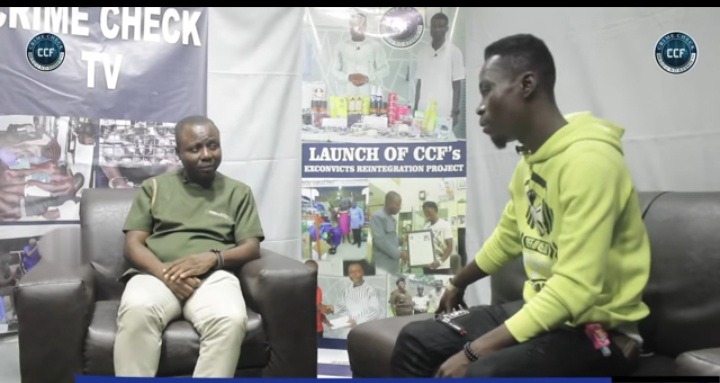 Speaking in the interview on his experience in his work as a carpenter, a seer and an undertaker before he was jailed and finally released, the ex convict Samuel Okyere revealed that their work is a very daring one which requires courage. He mentioned that sometimes when they are preparing the corpse for burrial, the corpse can open and blink its eyes continuosly until some spiritual orosedures are followed to counter the situation.

Responding to a question on how true it is thay he is a can see spiritual things, he revealed that he personally does not know where that gift came from. He however, noted that it has become a kind of power that he uses to do his undertaker job. For this reason, he revealed that he owes people who are close to him the responsibility to protect them when he is doing his work. On his source of protection, he indicated that he bath a mixture of herbs, and it is through these herbs he beleived his powers comes from. 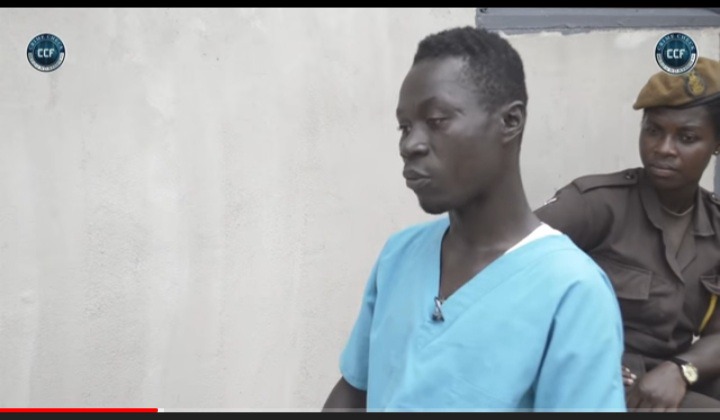 Samuel Okyere also revealed that he bath those herbs to get rid of any spiritual company that may have followed him from the dead person on whom he has worked. Noting that in every house there are issues and in every death there are complications, for him to be free and strong therefore, there is the need to bath those herbs to keep him safe.

He further revealed that until a person is burried he does not see the person as mere earth. Basing his view on the fact that people die as a result of numerous reasons, and so that spiritual effect follows them even as they have not been burried.

He also revealed that he has seen several shocking instances when the corpse open its eyes and blink several times until he communicates with it. On the kind of talks, he revealed that he will tell the corse that he isn't my a messenger and that he is there to only perform his responsibilities. For that matter, if there are any outstanding issues to resolve the corse should do that after burrial so he can do his work in peace. He noted that such spiritual work requires some level of spiritual fortification in order to withstand such situations.

Below is the link for the full video on YouTube.

Does your eye flow with water frequently? Find out the best way to stop it