Captain Smart is known to be intelligent and versatile. Many have come to see him as a personality who fears no one and able to punch both NPP and NDC officials through arguments. Indeed, he has been a torn in the flesh of many NPP top officials with Chairman Wontumi even promising to deal with him. Who would have thought that such an intelligent person could be scammed easily? 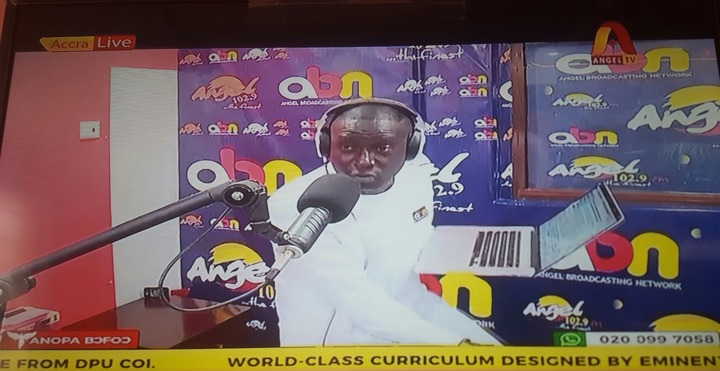 Well yesterday Captain Smart failed to show up at work. Instead Kwamena Sam Biney took over the show to regulate the Anopa Bofoo Show. Today Tuesday September 8, 2020 Captain returned and explained what had happened. He said he will gladly take another award if it came again.

“Yes, I took the award. It is in my room. I am happy I took it. There was nothing written on it to say it is UN accredited. I dare those with proper award schemes to bring theirs. Mine is in my room. I love it.” he sharply replied. He also applauded Chairman Wontumi and Sarkodie for accepting it. he said every award is an award.

Is Captain Smart just playing smart after he was trolled yesterday for not going to work? Share your thought!