Until now scientists have just learned why the flamingos stand on one leg and don't feel tired. Please refer to the article below!

Until now scientists have just learned why the flamingos stand on one leg and don't feel tired. Please refer to the article below!

1.21 "weird" photos are real that you can't believe your eyes

2. The mystery of a giant 1.5-meter-long worm-eating both hydrogen sulfide and rotten gas

Basically, flamingos deserve to be called the ideal " model " of the animal world. They are tall, thin, wearing brightly colored fur and of course, always know how to shape " sexy ".

Flamingos' ability to stand with one leg clearly makes many people respect. However, it is not natural for them to do that. Standing on one foot is not a simple thing, but flamingos can do this easily, even sleeping with that posture. So how do they do that? All have their reasons! 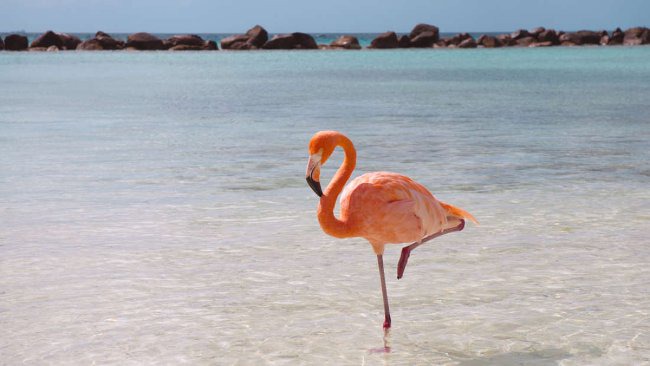 In the past, many people believed that flamingos stand with one leg to keep the body warm. But according to a recent study, scientists from the Georgia Institute of Technology say they have found the answer to this long-standing question of why and how pink birds This glamor can possess such a unique stand. It turns out they have the ability to save energy and energy more effectively by standing on one leg instead of two feet.

Just like horses always sleep standing or sleeping bats in an upside-down posture, the flamingo's body evolves " fixed " on its feet to help save energy. 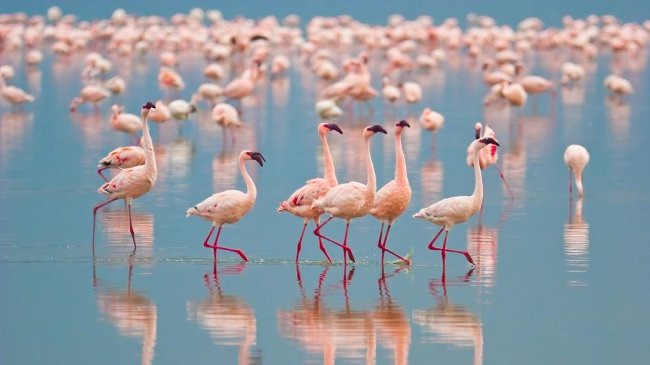 To explain this, experts say that the key point lies in the flamingos' special leg joints. When the foot is in place, the leg joints are almost automatically fixed, regardless of how the shin moves. Even on the corpses of the flamingos, this mechanism still works.

Researchers in the United States have discovered the fact that the flamingos' legs have a precise and proper posture to support their legs to remain in place. In other words, they hardly consume much muscle strength when maintaining that posture.

Professor Young-Hui CHang from Georgia Institute of Technology and Dr. Lena H Ting of Emory University, Atlanta also expressed their interest in the idea that flamingos have a true leg-like trait that could "lock-up" I decided to take a position, but when I tested 2 samples of dead corpses ( deceased ) from Birmingham Zoo, it seemed like no evidence was found. 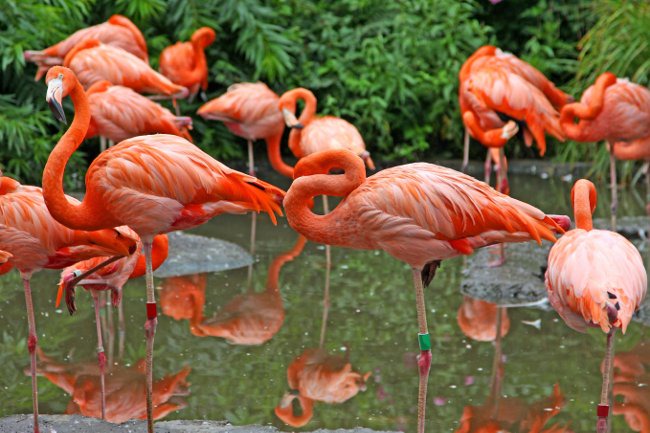 However, when Professor Chang tried to hold a specimen up and hold it in an upright position, it felt as if it were automatically fixed in an organized manner and kept straight.

Professor Chang realized that he had touched a part of the answer, because " even a corpse of flamingos can do it, it is certain that surviving individuals can apply," Mr. Chang answered Discovery.

Next, the experts realized that when trying to do so with two legs instead of one leg, the results did not show any improvement and support. They gradually realized that it seemed much easier to stand on one leg than to stand on two feet in this bird.

Experts then continue to observe the habits of 8 young pink flocks from the Atlanta Zoo in a watchable environment and wait for them to sleep, then discover that when they are less active, there are It seems that they will turn to stand still and balanced by one leg. Finally, they came to the conclusion and published the results in the biology journal Biology letters about their judgment - " flamingos apply this mechanism as a passive posture to support the trend of rest and need not. to force ".

This may sound a little confusing because normally, we humans will think that standing on one leg is actually more difficult and costly than two legs. But nature is, always filled with unexpected and unpredictable things.

Although the researchers admitted that more time is needed to better understand this behavior of flamingos, this is more or less the first step to answer the same reasons for species like Stork, heron, and promote the robot industry in the future to better support people.

IGP Dampare Releases His Dogs To Sniff Out Criminals

Criminals Are In Deep Trouble As Dampare Unleashes New Move To Tighten Security In The Country.