By KkCabobo (self meida writer) | 16 days 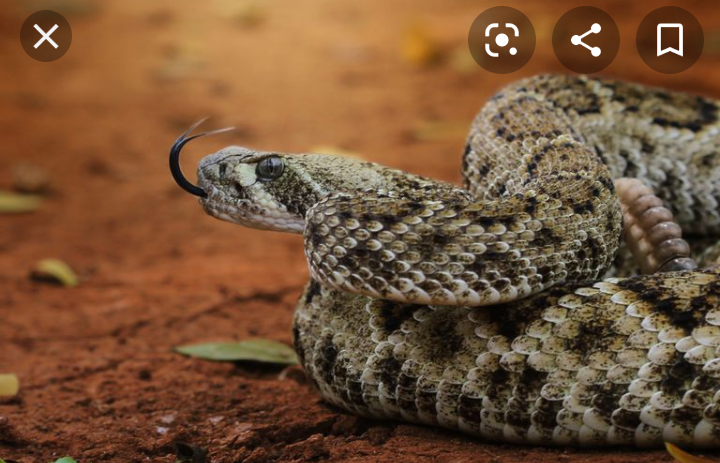 What exactly is a snake strike? Simply put, a strike happens when a snake whips its head forwards as part of a lunge, to bite and kill prey. For the fast striking snakes listed below the strike happens faster than the blink of a human eye, as they experience accelerations of up to 30 Gs – that’s 30 times the force of gravity. For comparison, expert fighter pilots generally lose control of their bodies at 8 Gs.

Strike speeds of snakes are measured by their acceleration rates using the measurement of meters per second, squared, or m/s2. When an object accelerates at 1 m/s2 its speed increases by 1 m/s each second.

To understand just how fast different species of snakes can strike, researchers use high-speed cameras. These three snakes below are considered to have the fastest strike speeds of all snakes, though this is an area where continual research keeps turning up surprising results!

The snake lives in waters in the Southeastern USA, and although they’re extremely dangerous – one of the most venomous snakesin North America – they only ever strike when feeling provoked. Before striking they often give a warning by bearing their fangs and the white inside of its mouth.

Diamondback rattlesnake with its tongue out.

Coming in only three hundreds of a second behind the cottonmouth, diamondback rattlesnakes are so quick they can complete a full strike in the time it takes a human to get just halfway through a blink!

Found in the Southern USA and Mexico, diamond rattlesnakes are considered more aggressive than other venomous snake species as they will usually stay and fight as a first resort instead of trying to escape. On the plus side, they use their tail to make a sound to warn predators of their presence, which decreases the chances of coming across one unawares.

Texas rat snakes are found in the Southern USA. They don’t release venom but are constrictors who hunt their prey, then strike, bite and constrict.

Until relatively recently it was thought that the fastest striking snakes were all vipers, and non-venomous snakes were in a lower category of speed. However, recent studies have shown that the Texas rat snake speed for striking is not too far behind the cottonmouth viper and diamond rattleback at all.