By joemarfo (self meida writer) | 23 days 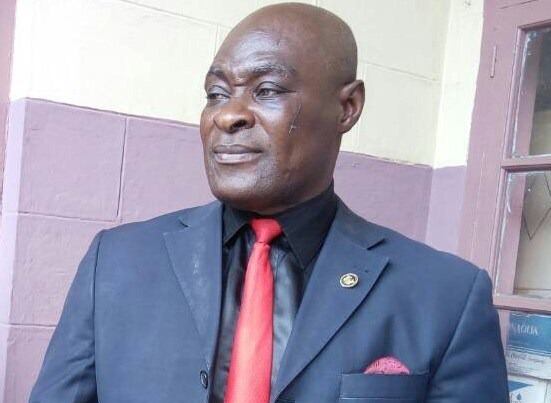 The issue of flooding in the Kumasi Metropolis, the Ashanti Regional capital has become problematic in recent years.

Many have perished as a result of severe flooding in Kumasi city.

The situation is a result of some unscrupulous residents blocking the streams and filling the various wetlands with sand to erect buildings or structures.

Many people in the city have wondered who gives building permits to unscrupulous people to build in the waterlogged areas.

Speaking on Oyerepa morning show on Tuesday, the Kumasi metro director of national disaster management organisation (NADMO), Mr. Frank Kwadwo Duodu revealed that, the Ashanti Regional NPP vice-chair, Mr. Kwabena Senkyire, who doubles as the region’s NADMO coordinator is behind the issuance of building permit to individuals who build at the wetlands.

According to the metro director, there are several instances he had wanted to stop certain individuals from filling the waterlogged areas for building, however, it all proved futile because the builders have had a permit from Senkyire.

“Mr.Isaac Kwabena Senkyire is behind the building at water lodge areas in the Kumasi Metropolis. I tried several times to stop builders from filling the marshland but they told me Kwabena Senkyire has given them a building permit to do so. There’re instances where I even spoke to him on phone to confirm what the builders claimed,” Mr. Frank Kwadwo Duodu alleged

Meanwhile the chief executive officer of the environmental protection agency, Mr. Henry Kokofu has said, his outfit is poised to arrest and prosecute anyone culpable of building on wetlands irrespective of the person’s position.