By Winnerwriter (self meida writer) | 28 days

Fascinating as it is to know that a crocodile skin can be used to make leather products but for this carnivore to have a killer instinct and terrorize villagers is unheard of. As it occurred in Uganda village, the reptile developed Killer instinct after It was believed that Idi Amin threw 4,000 disabled people in the lake to be killed by Osama. The villagers named the reptile 'Osama' after Osama Bin Laden due to it's cruel way of hunting humans. 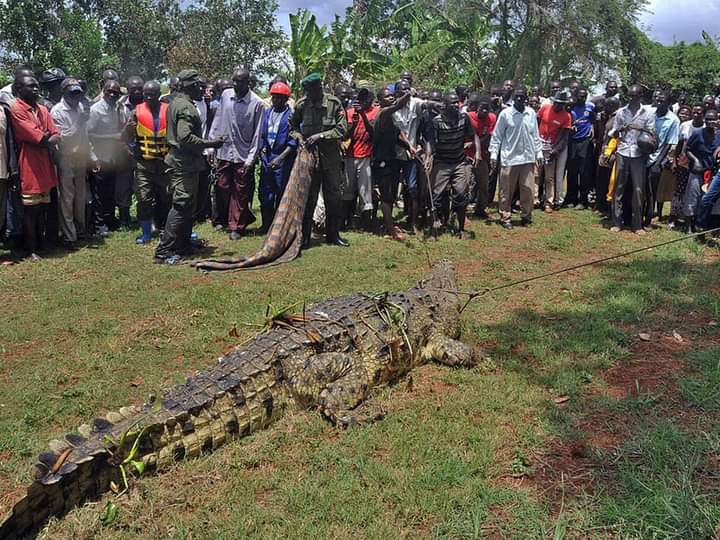 According to locals, this creature swam underneath boats and capsized them. After Several attacks a group of villagers, filled with dread, will meet this deadly 'terrorist' face-to-face and come under its terrorism. These group of villagers lived very close to the banks of Lake Victoria, largest lake in Africa and second largest in the world. The beautiful terrains of this lake made the village beautiful, except that it housed a world deadly terrorist and assassin, Osama, dubbed a "man eater".

At 75-year-old, 16-ft tall, having eaten more than 80 of the villagers, snapping up children from river banks, Osama was greatly feared in the village; as it capsized the boats of seasoned fisherman, taking them as prey to the depths of his hideout beneath the lake. The villagers woke up early in the morning to request for the intervention of the government and Ugandan wildlife officials hired strong heavy built men numbering about 50 to be able to capture “Osama”. 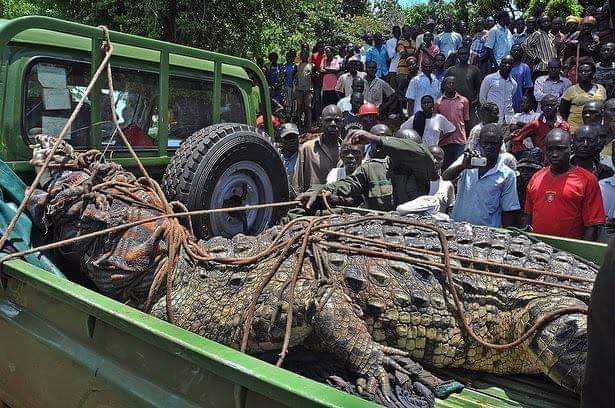 The Government came to their aid from this most wanted predator who was found in their lake coast. Between 1991 to 2005, Osama has killed more than 80 villagers at the lake shore. So, about 50 of the strong villagers teamed up with some experts and a trap was set for Osama. Because of Osama's love for meat, having tasted 80 humans they set up two cow lungs on a trap and they lurked behind to capture Osama when it comes out of its hiding.

Osama crept out in the middle of the night and snatched the cow lungs and in the process got 'his' mouth caught in the trap. The villagers used ropes to tie Osama, but they were not allowed to kill it.This was because Osama was a Nile Crocodile and killing it was prohibited. The experts opined that "even Osama had rights." It was taken to a Crocodile centre for special breeding. "When Will Accra Be The Cleanliness City As Promised?" - Reactions As This Photo Pop Online