By Opicnews (self media writer) | 4 months ago

Macrotermes bellicosus are known to the Igbo as Aku; to the Hausa as Khiyea; Esusun in Yoruba; and Ebu in Annang.

One of the main health benefits behind edible insects are the large amounts of protein found in these small creatures.

But can termites be the next therapeutic resource for the treatment of asthma, hoarseness and sinusitis, wounds, malnutrition, nutrient deficiency, sickness of pregnant women and as a charm for spiritual protection?

Recent studies suggest that, in addition to their ecological importance, termites are a source of medicinal and food resources to various human populations in various locations of the world, showing their potential for being used as an alternative protein source in human or livestock diets, as well as a source for new medicines.

Proximate composition showed that crude protein content of the soldiers was higher than those of workers and Queen. The highest mineral element was sodium in queen, while the least mineral was manganese in the soldiers. The termites were rich in vitamins A and C. Workers termites had the highest vitamin C content, while Queen had the highest vitamin A content. Anti-nutrient compositions in Macrotermes bellicosus were considerably low.

Macortermes bellicosus constitute a significant component of diet among the people of the Niger-Delta region in Nigeria.

Also, a recent review has shown that termites are commonly used insects in traditional popular medicine. They are used in the treatment of various diseases that affect humans, such as influenza, asthma, bronchitis, whooping cough, sinusitis.

For medicinal purposes, the use of ten species of termites was recorded. These species are used as an alternative treatment for physiological and spiritual problems.

The use of termites as a therapeutic resource also revealed an important mode of use of these animals. Evidence of antimicrobial activity of products isolated from these animals has been reported, such as peptides like espinigerine and termicine, isolated from Pseudocanthotermes spiniger, which showed antifungal and antibacterial activities.

Certain termite species, for example, the flying termites, flying Alates or Macrotermes bellicosus, queen termites, reproductive soldier termites etc are edible and remain a major source of food especially in the developing and underdeveloped parts of the world.

The flying termites are usually collected while flying or after their wings have fallen off. During collection, these termites are added in bucket or bowl of water after which they are properly cleaned.

Afterwards, the ants are either fried in their fat or in oil before consumption. Fried termites are also used for preparing uma leaves moi moi, plantain moi moi (ukpo ogede), beans etc dishes. Termites can also be steamed, roasted or boiled before consumption.

Side Effects of Termites

Always be careful with termites as they can sting and bite, however, they do not release toxic substances to the wounds.

Studies reveal that termites do not transmit harmful diseases to humans, howbeit, individuals living in termites infested vicinities may experience some allergic reactions including asthma attacks.

Most people are also allergic to termite dung and saliva and as a result, such people should refrain from having close contacts with termites. 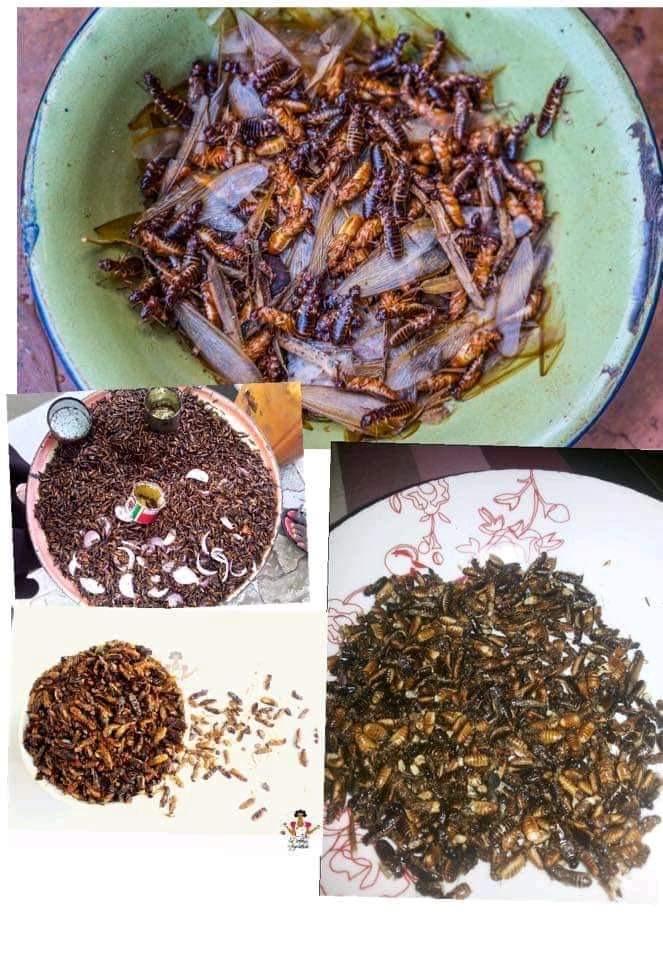