Experts are Baffled by this Impregnated Primate and Her Miracle Baby

By Special-on-board (self meida writer) | 21 days

Working to preserve endangered species may be one of the noblest acts that humans have committed themselves to. Sometimes, these selfless and noble efforts can have beautiful consequences. 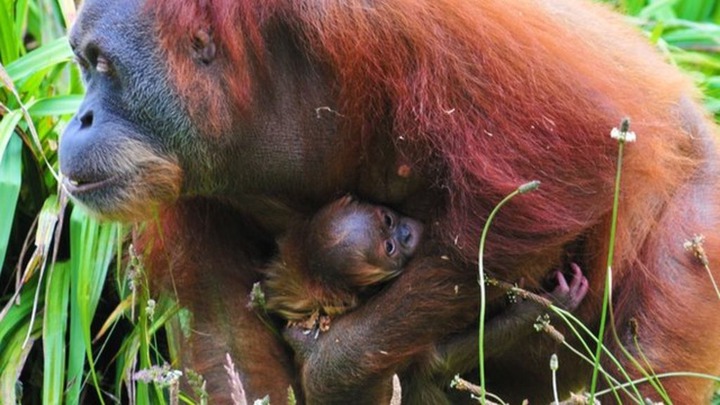 Sometimes, the consequences can be utterly shocking and unexplainable.

And sometimes, they find a way to be both of those things at the same time.

The extraordinary case of Dana the Sumatran Orangutan at the Jersey Zoo, located on an island in the English Channel, proved to be just such a rare and remarkable incident. 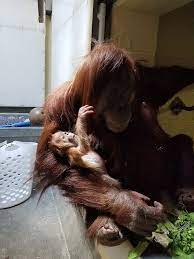 Orangutans are an endangered species. Workers at the Jersey Zoo know this full well, and they also know what a terrible shame and a loss to the world it would be if these beautiful creatures were ever to completely vanish.

As such, they have set about caring for as many orangutans as they can, not only enabling them to live comfortably and reproduce as often as possible but also creating environments that are as much like the environments they have known in the wild as human ingenuity can create. By mimicking these wild conditions, orangutans are placed somewhere where they are comfortable. They are thus in habitats that their instincts acclimate them to live in.

However, despite all of this work, increasing the orangutan population, or even keeping it stable, has proven to be quite the challenge. 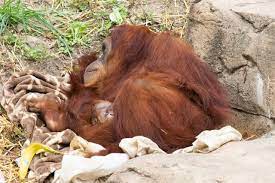 Back in 2009, Dana the Sumatran Orangutan was pregnant and was set to deliver a baby. Everyone was extremely excited, as each baby is not only a beautiful animal in its own right, but contributes to the species-wide conservation effort.

Sadly, there were terrible complications with the pregnancy. Dana miscarried. Moreover, the delivery itself was so grueling that Dana almost didn’t make it herself. And in addition to all of that, doctors later discovered that the incident had left Dana’s fallopian tubes blocked, rendering her unable to conceive again.

But then, Dr. Neil MacLachlan, an OBGYN-turned-ape-fertility-doctor, stepped in and came to the rescue. MacLachlan had already helped apes at the Jersey Zoo give birth under difficult circumstances back in 2004, so to help Dana, he performed a special surgery that would give her at least the possibility of one day conniving another baby. 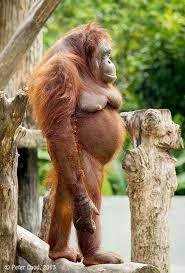 As fate would have it, another orangutan at the zoo, a 27-year-old male named Dagu, was finally able to impregnate Dana.

In the end, not only was Dana given the ability to conceive, but she did conceive. And not only that, but she eventually gave birth to a healthy and beautiful baby girl.

It was a glorious and heartwarming day for everyone at the zoo. It seemed as if a miracle had been achieved! Not only that, but since Dana’s medical and fertility issues were eerily similar to those experienced by many human women, the situation was all the more poignant.

In the end, the ingenuity and dedication of the team at the Jersey Zoo prevailed. And Dr. Neil MacLachlan’s quick thinking and creative work make him a particular hero in this tale.