By MrAbooky (self media writer) | 4 months ago

Residents of Chiraa in the Sunyani west municipality of the Bono Region are living in fear with some fleeing the community as strange Crocodile has invaded their cemetery with sections suspecting river gods in the area are angry on Thursday September 16,2021 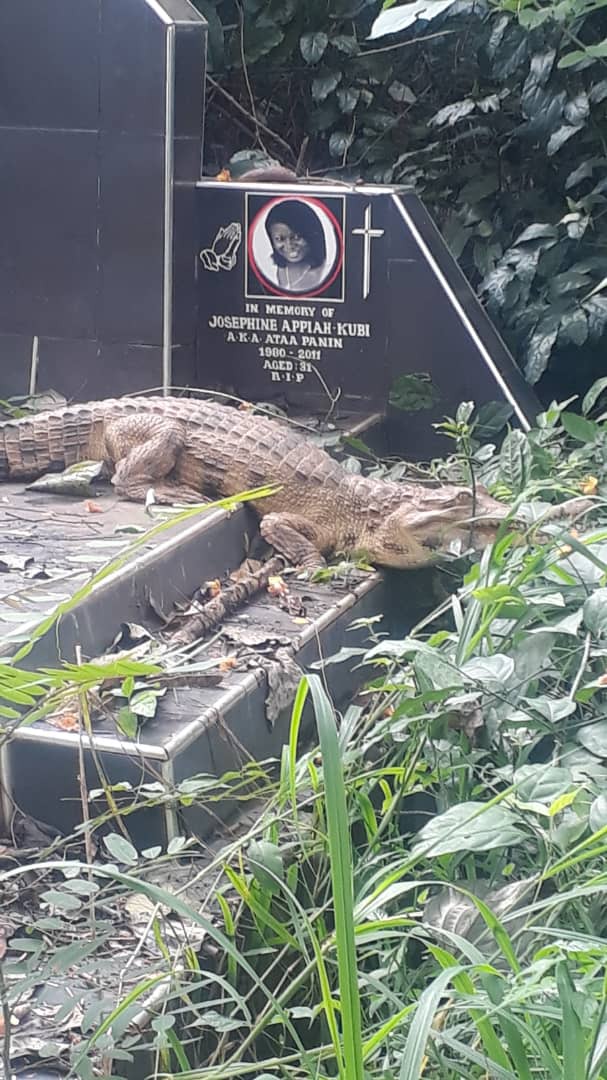 The entire Chiraa community was thrown into a state of shock when residents sighted the strange huge crocodile roaming around a tombs of the late renown rich man and her two daughters in the cemetery.

In an interview with Nimde3 Fm’s reporter k.Dee, they expressed worry about the situation saying they are scared to go out of their homes for fear they could be attacked.

“Those who are not afraid have been able to get closer while others threatened to kill them but they are afraid the crocodile were sent by a ritaualist” they explained while giving some spiritual connotations. 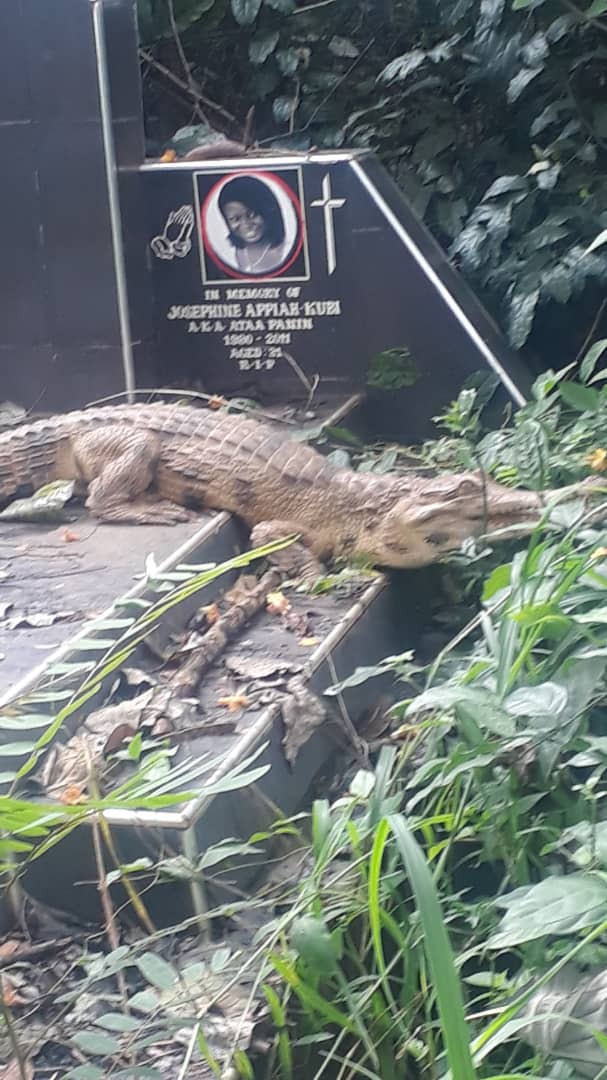 Meanwhile, the Chiraa traditional council led by Chiraahene Barimah Minta Afari poured libation to appeal to the ancestors to forgive the community if they have done something bad against the stream.

After the libation and other rituals, the crocodile went back to the bush.

What do you think is happening to the people of Chiraa. Share your thoughts on the comments section.