The Reasons Why Crocodiles Do Not Attack Hippopotamus. Knowledge Is Power.

If you've ever seen a photo of crocodiles and hippos battling in the water in Africa, you've probably wondered who would win in a fight.

Hippos can protect themselves against crocodiles very well. Even though the crocs have sharp teeth and a stronger bite force, piercing the hippo's tough hide is difficult. The lower canines of a hippo, on the other hand, can bite right through a crocodile. 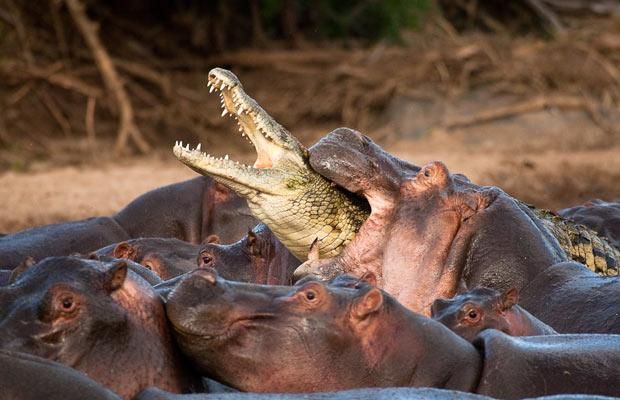 Crocodiles and hippos also coexist peacefully and leave each other alone as a result of this. There have also been reports of baby hippos chewing on crocodiles as their mother keeps an eye on them: the crocodile knows it won't win that battle.

The hippopotamus is one of the most aggressive and ferocious creatures in the animal kingdom. They are a formidable adversary for most animals due to their size, strength, and aggression. Let's see how they will fare against other apex predators from the animal kingdom. 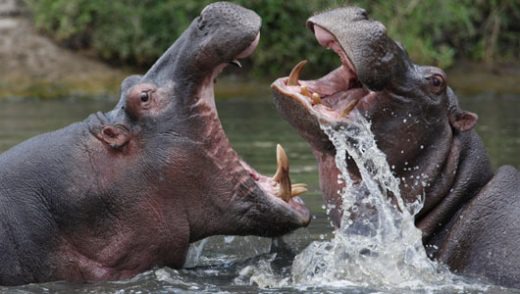 Hippopotamuses are volatile and violent animals that can attack without warning. They are one of the most dangerous animals in the animal world, killing more humans than any other animal, including crocodiles.

The common hippo has extremely thick skin that can be several inches thick and as tough as rubber, making it difficult to pierce their hides. 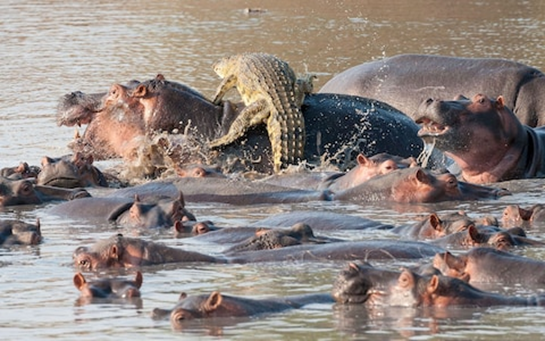 They also have a tremendous bite force due to their big teeth. A hippo's canines are self-sharpening and over a foot long, with a pressure of around 450 pounds per square inch at each one.

Hippos have a number of ways to protect themselves. Surprisingly fast runners for their age, they can reach top speeds of around 30 miles per hour, allowing them to escape from danger. 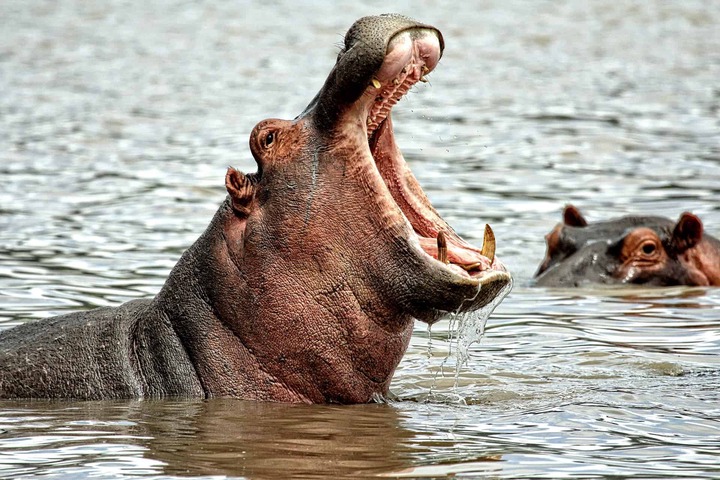 Hippos seldom flee a battle since they are capable of fending off most predators. They use their teeth to pierce the bodies of other animals to take advantage of their large size.

Gustave, a nile crocodile, was dubbed the "man-eater" because he was said to prey on adult hippos. However, no evidence could be found to support whether this assertion was valid or not.

If a crocodile could strike and prey on a baby hippo, it might, but due to the hippo's dangerous nature, they seldom do. If they take a risk, such as if the mother is not present at the time and the hippos discover it, it will undoubtedly be killed. However, this does not imply that a crocodile is inferior to a Hippopotamus. 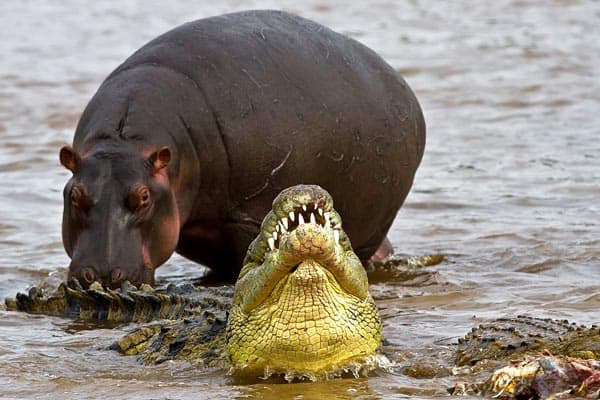 Crocodiles have a lot of sharp teeth in their mouth. They also have one of the strongest bite forces of any species, with a bite force of approximately 5,000 pounds spread equally over all of the crocodile's teeth.

Crocodiles are swift on land and in water, making it difficult for most animals to outrun them.