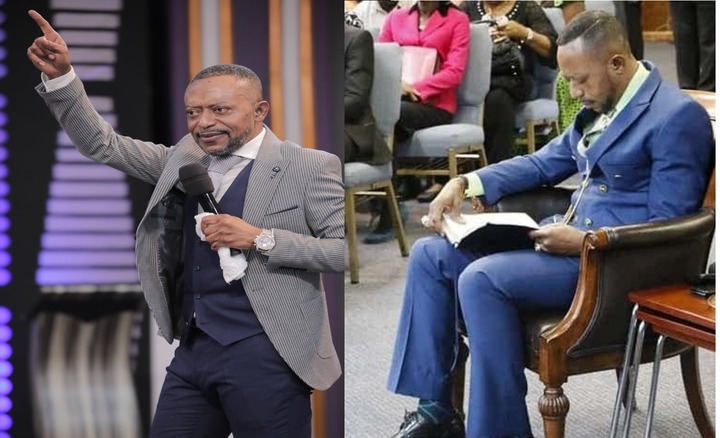 The founder of Glorious Word Power Ministries International, Apostle Dr. Isaac Owusu Bempah has disclosed that his prophecy about how the 2024 election would pan out is bound to happen but not as many had interpreted it. According to him, though the elephant-like creature that appeared in his vision was losing out in respect of having its girdle knotted with that of the supreme creature, there is a possibility that it could outwit the lion-like creature.

Apostle Owusu Bempah mentioned that the two creatures; the elephant, and lion with eagle wings that were contesting for dominion over the country in the spiritual realm have an equal chance of being granted the keys of power to rule in the coming years. He lamented that many had wrongly interpreted his prophecy to mean the elephant has been defeated and so shall it be for the ruling New Patriotic Party (NPP).

Today, Apostle Dr. Owusu Bempah clarified that his prophecy was coded with a prophetic message that could only be decoded by the prophets. He mentioned that the verdict of the prophecy will manifest in its destined time.

He indicated that some people have misconstrued his message to be a symptom of disappointment with the NPP government. He corrected that the message is genuine and devoid of any personal preferences.

“They are interpreting my vision wrongly. Some think I have declared the winner of the 2024 election but they really haven’t gotten the message. But Jesus said that you may hear but you will not understand, and so when they see they fail to grasp the message.

“Remember there were girdles on both of creatures, the elephant and the lion but the Supreme Being has the final say. Things can change at anytime. Each one of them has an equal chance,” he emphasized.

Apostle Dr. Owusu Bempah added that another message will be released in about three weeks to reinforce and clarify matters about the prophecy.

“The next three weeks, something big is going to be disclosed. Some people think I am bitter but that is untrue. I said exactly what God revealed to me. “