By barbaraagyeman006 (self media writer) | 9 days ago

Not many people truly like insects, and for good reasons – they’re creepy, they’re crawly, and they’re just plain pests. But besides the basic reasons to dislike them, there’s also a very strong reason: some are quite dangerous to humans. 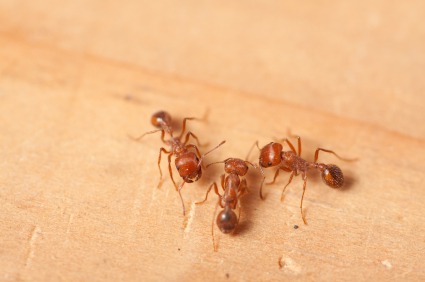 The most notable dangerous insects are:

A bite from a fire ant can be incredibly painful and cause a burning sensation (hence, “fire” ant) before it forms a pustule. For people who are allergic to the venom in fire ants, a bite could be deadly.

Deer ticks can pose the threat of Lyme Disease. Once a person is infected with Lyme Disease, they experience symptoms that start with a rash and fever and if not treated quickly, get progressively worse (and include joint and heart problems).

Also known as a southern flannel moth or pussy moth, this moth is covered in fur, which hides its many venomous spines. A prick from these spines requires immediate medical attention. Some more serious reactions include chest pain, numbness, and breathing difficulties.

The common mosquito is often considered the most dangerous insect because it can transmit diseases like West Nile and (more commonly) malaria to its victims. Each year, this pest kills one million people around the world.

Also known as parasitic worms, these organisms feed on living hosts like humans and animals. Their presence weakens the host and can cause illnesses like insomnia, vomiting, asthma, and can weaken the overall immune system, allowing the host to be exposed to other illnesses and infections.

This caterpillar is another species of furry moth and has deadly venomous bristles that protrude from its body. If touched, their venom causes inflammation followed by headache, fever, vomiting, and within 24 hours, a severe bleeding disorder. This caterpillar has already been responsible for several deaths in Brazil.

The human botfly is a parasitic insect and often lives underneath the skin. Female botflies attach their eggs to mosquitoes and muscoid flies. Then, when a person is bit by a mosquito or muscoid fly, the larvae have an entrance into their skin and can cause painful, pus-filled raised lesions.

This bug can carry Chagas Disease, which is a parasitic disease that causes a string of symptoms that can get progressively worse. Symptoms start with fever and swelling and can lead to heart failure, enlarged esophagus, or enlarged colon 10-30 years after the bite.

Tse tse flies are large biting flies that are found in Africa. If bit, a human could suffer from “sleeping sickness,” which includes symptoms of headaches, itchiness, and joint pain, which progresses to confusion, numbness, and trouble sleeping.

We are all at risk; Prof Akwasi Osei warns on the attacks of mentally challenged persons

Always Do This Every Morning When You Wake Up