They defy the laws of nature, they are deadly plants. They will surprise you with the way they evolve to eat animals, often with leaves that move in surprising ways.

Just like animals and humans, plants also have families. Brocchinia reducta belongs to the bromeliad family together with the pineapple. It has long slender pitches that reflect ultraviolet light that attracts insects. Like many others on this list, Brocchinia releases, a sweet smell that is irresistible to an average bug and that's how this dangerous plant ends the lives of insects in Venezuela, Colombia, and Brazil. 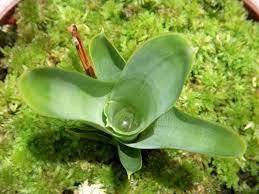 Initially, botanists didn't know this harmless-looking plant was a carnivore, until recently when they discovered it has digestive enzymes associated with deadly plants that eat animals.

This is definitely not a pine scientifically known as Drosophyllum Lusitanicumit. 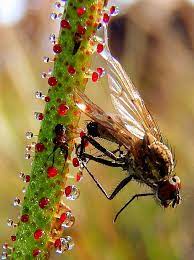 It is the rarest carnivorous plant that grows on earth. It is indigenous to Spain, Portugal, and Morocco. It grows mainly in infertile acidic soils. 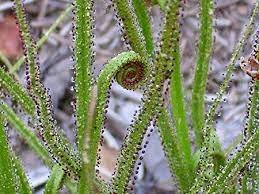 Much like other dangerous plants that can eat animals. Its leaves are modified to trap prey. The mucilage-covered leaves produce a sweet scent that attracts and traps its prey. The digestive enzymes then break down the insects and the leaves absorb nutrients. Despite its mucilage-covered leaves, dewy pine thrives in dry areas, thus making it ecologically rare.

It is a carnivorous plant with modified leaves that are fused into a tubular shape, similar to the trumpet pitcher. It also has mechanisms for attracting, trapping, and digesting insects. 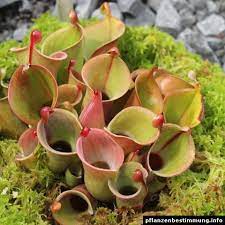 Heliamphora's modified leaves also control the amount of water that gets into the small pitcher hindering the dilution of digestive enzymes, though not commonly known. Heliamphora typically feeds like the trumpet pitcher. It's just like the other giant plants that eat meat.

Native to South Africa. Roridula is a simple carnivorous plant, but with a twist, it has sticky leaves like the sundew but does not have digestive enzymes. 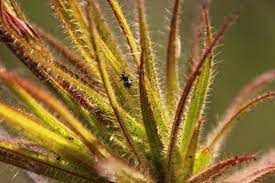 The Roridula captures insects and leaves the task of digestion to Pameridearoridulaea a bug species from which they have a symbiotic relationship. So how does the raw Roridula really benefit? Well, the Roridula absorbs and digests the insects and releases nutrient-rich excretions, which the Roridula later absorbs. Do you think this plant is evil by trapping food It doesn't need?

This handsome green predator inhabits northern Australia and south of New Guinea. It's also called the rainbow plant due to the flashy appearance of its mucilage-covered leaves on a sunny day. The surface of its narrow long leaves has glands that produce sweet juice and digestive enzymes, similar to other insect-eating plants and small animals trapped here. 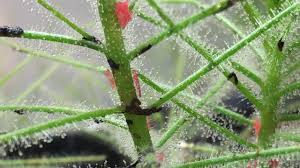 The original Australians believe the Byblis can even trap and digest a person, but even after the story, they were not afraid of using the Byblis leaves as a source of glue.

Similar to the sundew habitat. You can find this green predator also called the Pinguicula. It has large tapered leaves covered with glossy glue-like mass. 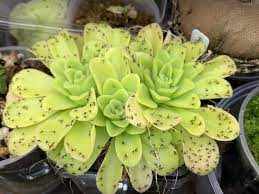 The butterwort's hunting process and nutrition are similar to the sundew. Do insects mistake the glossy glue-like mass for water? They then stick to the mask and are wrapped inward for the digestive secretions to digest the prey. The plant absorbs the attained minerals and the leave unfolds waiting for new guests. 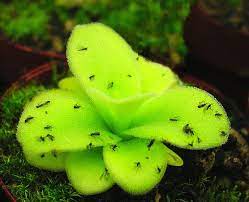 There are about 80 species of these Plants that eat insects in America, Europe, and Asia.

It is also known as the Dionea Muscipula. The venus flytrap is among predatory plants. 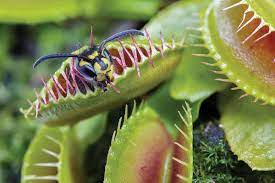 It catches its prey mysteriously without special equipment. This green monster grows in humid temperature climates on the Atlantic coast of the USA. This plant seems to have its own mind and knows the difference between a living creature and something else. 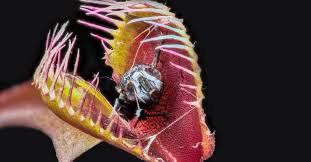 And when an insect is caught the trap remains closed for the food to be completely digested. By the way, this wonder plant can be purchased in flower shops for house decoration and gardens and to get rid of annoying insects.

It is famously known as the jungle lantern. These pantaloon insect-eating plants are native to southern Brazil and central America. The jungle lantern is a type of Bromelia Known for its iridescent yellow flower. It's also covered with a powdery wax that makes the color brighter. 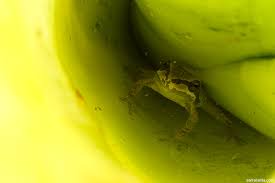 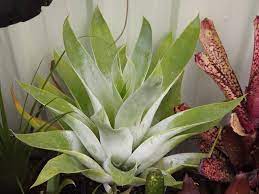 The jungle lantern has an un-like structure filled with digestive fluids, where insects are trapped and digested, despite its ability to digest insects, scientists would still argue whether this plant is a true carnivorous.

Like the trumpet pitcher. The yellow pitcher also belongs to the Sarraceniafamily. 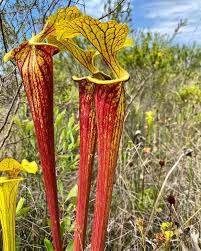 This variety is considered one of the tallest pitcher plants in the world. It has pitcher-shaped leaves with sweet, smelling nectar, which primarily uses to attract insects, trap them in and eventually digest them alive. Unlike other pitcher plants, the yellow pitcher is easily distinguishable from the distinct yellow-green color owing to its tall size. 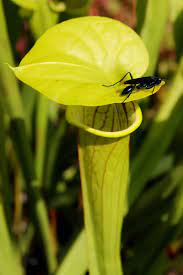 The yellow pitcher is among the giant plants that eat insects.

To sum up, our list today isPhilcoxia Minensis, a worm-eating plant epidemic in the Brazilian savannah regions. This poisonous plant with underwater leaves about the size of spine heads traps and digests its unsuspecting prey and uses the acquired nutrients as fertilizer for the soil. 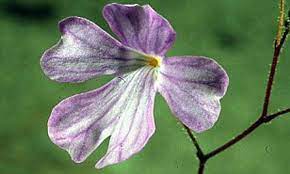 Which plant is the scariest? Have you ever seen any of them in real life? Like and dont forget to leave your comment in the comment section below.