Four Unique Animals You Will Ever Come Across

By CyraxPen (self media writer) | 23 days ago

When we were little, our parents would show us in books or in nature different animals to teach us to recognize them. Like that, we were able to discover the dog, the cat, the cow, the squirrel or even the particularly freaking poodle shepherd german cross of my neighbor. But be aware that in nature there are also many particularly strange animals. 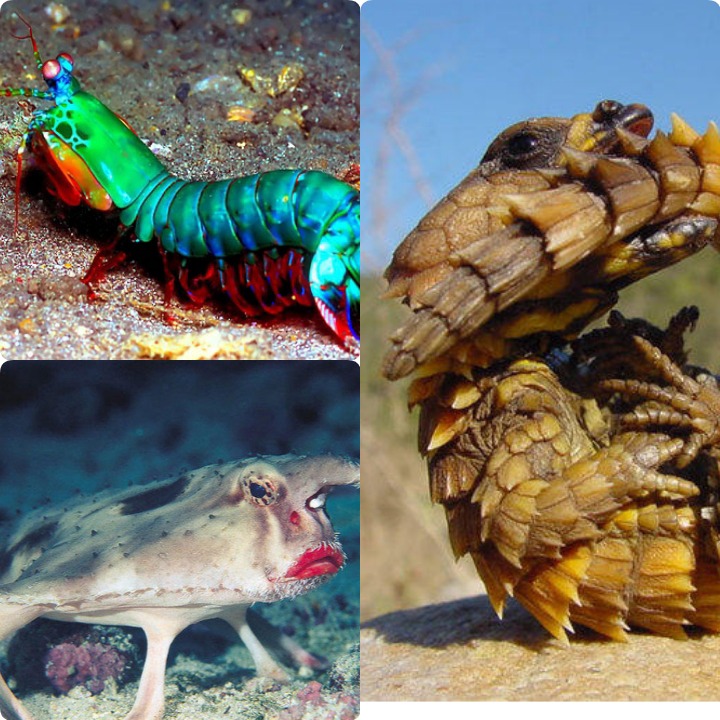 We know that nature conceals wonders, we must also realize that creatures not particularly very beautiful also inhabit our planet. So to support as much as possible your culture of bizarre and incredible animals that we did not even suspect the existing. Here are the 4 worst we found. 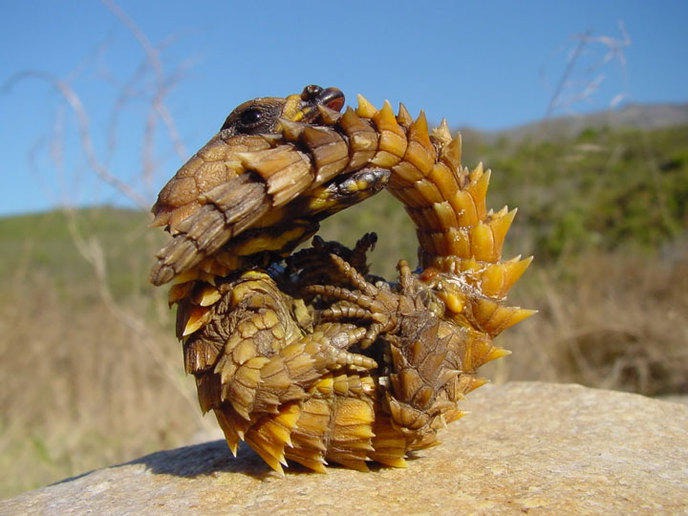 This terrestrial and diurnal agame lives in the desert. It is of moderate size, at most about twenty centimeters, the females becoming a little bigger than the males. Females weigh up to around 90g while males weigh no more than 50g . He is quite stocky, and he has a gray, beige, orange or brick colored body, which offers him camouflage in his surroundings. Its body is covered with sharp thorns, which are scaly growths, the largest being on the back and especially the head. 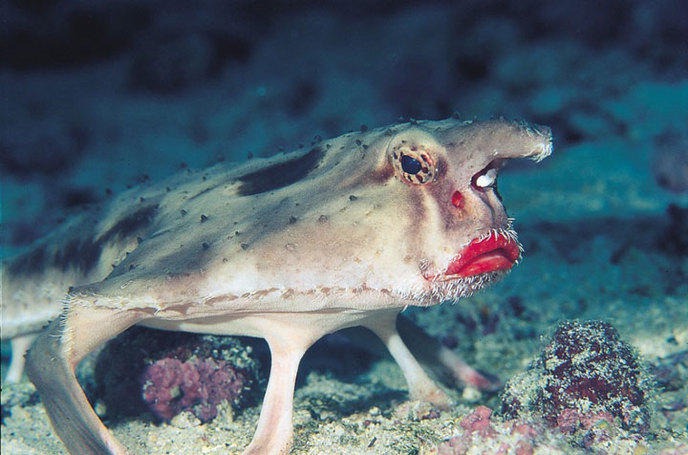 This batfish has a smooth, rather flattened body, up to 40 cm long. Gray spotted with light brown, it can only be easily identified by the characteristic red color of its lips, which some marine biologists believe would improve species recognition during reproduction. Its head is triangular and ends in a conical rostrum. This fish has around 19-20 vertebrae. It benefits from very altered pectoral fins, transformed into bent and articulated "legs", which allow this bad swimmer to advance on the seabed. 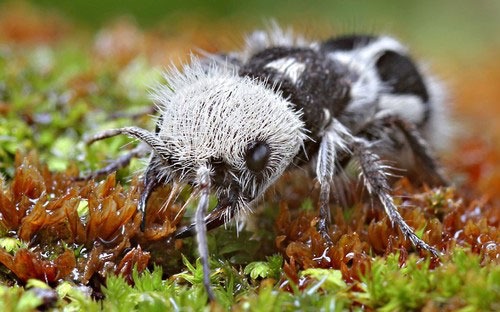 The "panda ant" is also nicknamed "the cow killer" because its bite is very painful. Its hair is white on the head, white and black on the rest of the body. It measures 3 to 4 centimeters. This species lays about 2,000 eggs each year. The “panda ant” lives about 2 years. Researchers are not familiar with the species because it has been very rarely studied, but we do know that this species can be hermaphroditic. All of its characteristics allow it to retain humidity but also to easily and quickly invade the nest of its prey. 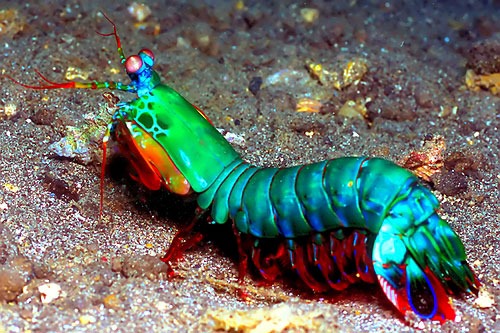 The squilles have an elongated body reminiscent of a lobster , with a thick dorsal shell made up of metamerized plates. The tail is made up of several sections that can fan out, providing a large fin for rapid swimming. The relatively large faceted eyes are located at the end of long peduncles to allow 360 ° vision; they are very visible, and up close they show a complex structure in 3 parts each provided with an independent pupil. They have large triramate antennae (ending in three "whips"), and under the head a pair of broad and flat, articulated antenna scales, often brightly colored.