By TodaysDiary (self media writer) | 5 months ago 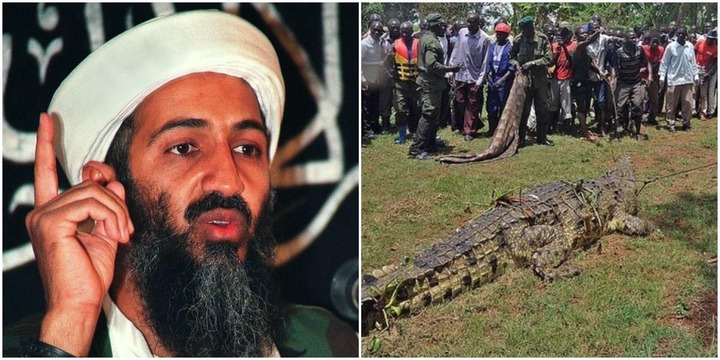 Osama, a Nile crocodile estimated to be over 75 years old, spent the majority of his life in Uganda's Lake Victoria. Between 1991 and 2005, the 16-foot-long beast killed out a tenth of the residents in the little community of Luganga.

According to the Daily Star, the reptile used to kidnap children as they filled buckets of water at the lake's edge or swim beneath fishing boats and capsize them on purpose. It also started jumping onto fishermen's wooden boats and dragging them away to kill them at one time.

According to reports, one of the croc's victims was a local fisherman, whose shredded clothing was discovered floating in the sea. Another man watched and survived a terrifying reptile attack, but his brother was not so fortunate.

Paul Kyewalyanga was rowing in the back of his boat as his brother Peter fished from the front when Osama rushed in and seized him, according to the Sydney Morning Herald.

“Osama just jumped out of the sea vertically and flopped into the boat,” he recalled. I was seated at the back of the boat, which was submerged.”

He tried to call for aid, but the crocodile had grabbed Peter's leg with its massive teeth and was pulling him into the water.

“Peter was grabbing the side screaming,” Paul continued. They were fighting for about five minutes when I heard tearing. 'He's fractured my leg,' Peter exclaimed.

He let go after that and was dragged into the water. We discovered his skull and arm a few days later.” Villagers began to request assistance, and the croc was captured in 2005 with the help of 50 local men and conservation officials.

Some residents wanted to kill the reptile, but wildlife officials advised them they couldn't do so "without consequence." As a result, the reptile was donated to Uganda Crocs' owners to utilize in their breeding operation.

They believe he will produce hundreds, if not thousands, of enormous crocodiles whose skin can be used to make handbags for fashionistas in Italy and South Korea.

The farm also serves as a tourist attraction, with visitors able to view the 5,000 crocodiles being fattened up in preparation for slaughter.