Animals that are no more on Earth again.

By Exponent (self meida writer) | 10 days

World Wildlife Day is celebrated every year on March 3, as proclaimed by the United Nations, to celebrate and raise awareness about the world's wild animals and plants. This year's theme is "Sustaining all life on Earth". Earth is home to countless species of flora and fauna but due to climate change, poaching and other factors, a lot of them are getting extinct.According to an ANI report, at least three to four wildlife species have gone extinct due to desertification in India in 2019. A lot of other wildlife species in India also fell into the Critically Endangered category due to climate change.

The last Sumatran rhino in Malaysia passed away in November, 2019, making the extremely rare species locally extinct. The rhino was named Iman and she died due to cancer.The death of Iman made the species critically endangered, with less than 80 Sumatran rhinos left all over the world, primarily in Indonesia. Currently, Sumatran rhinos are the smallest rhino species in the world.

Chinese paddlefish is one of the largest freshwater fishes in the world and it was most commonly found in the Yangtze River in Asia. Several surveys failed to locate the species' presence and so, it was declared extinct in December, 2019.The species is speculated to be extinct due to overfishing and habitat fragmentation. The species became endangered between 2005 to 2010 and then eventually died out in 2019.

The last known female of this rare species, named Xiangxiang, died in an artificial insemination process in April, 2019.Apart from Xiangxiang, only three known softshell turtles are alive in the world. After the last female turtle passed away, the species became effectively extinct. 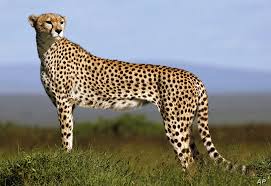 In a report by ANI in September, 2019, it was stated that the Indian Cheetah, along with three other species is now extinct in India due to desertification. The numbers dropped down to 150 and eventually the species died out.This intense desertification was caused due to the excessive use of pesticides and heavy industrialisation in agricultural areas. The report also showed how this desertification had a negative impact on the entire food chain.

Spix macaw is a rare bird species which was primarily found in Brazil before it went extinct. The last sighting of the bird was in 2016 and it was declared as extinct a few years after.Though the species is deemed extinct in the wild, it was conserved in wildlife sanctuaries in northeast Brazil. The government has also made the decision of bringing the Spix macaw back in existence.

Catarina pupfish is a freshwater fish found in Mexico. The species got extinct when their natural habitat got disrupted due to groundwater extraction.The fish was living in the wild till 1994, but due to the rapid loss, the species was moved to captivity. It survived till 2012 and then got completely extinct in 2019.

This species was mainly found in southeast Asia before it became critically endangered. Its numbers reduced to 1500 and then eventually the species became extinct.The species is completely extinct in the wild but there are a few tigers that are living in captivity. It is completely wiped out in Cambodia and the largest number of tigers are now residing in Thailand. The main reason for its extinction is hunting and poaching.According to a lot of media and UN reports, the world is on track to lose two-thirds of its wildlife population by the end of 2020. Even common wildlife species like Koala bears are now prone to extinction because of the Australian bushfires, which happened due to climate change in the area.