12 Animals Named After Other Animals

12 Animals Named After Other Animals 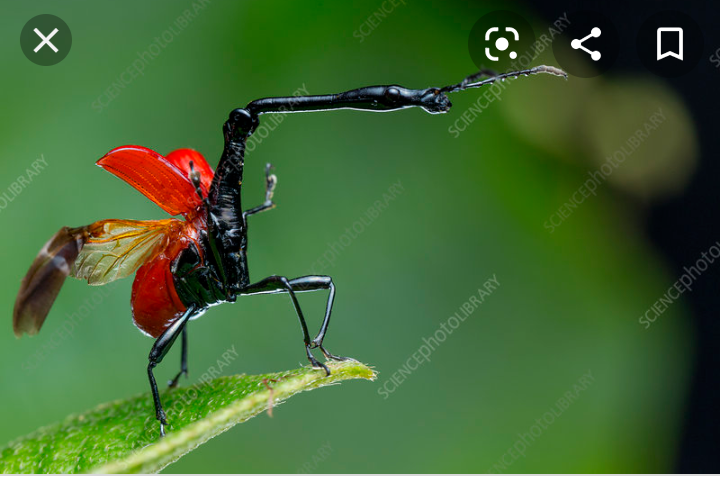 Sometimes, the best name for an animal is one that references another member of the animal kingdom. Why are so many animals named after other animals? It's not due to laziness or a lack of imagination. Often, the most accurate way to describe a creature is to refer to others that it resembles in appearance, eating habits, or behavior.

This is a popular strategy when naming the thousands of species out there, which is clear by just how many animals are named after others. Here are 12 of them. With its large horn, the rhinoceros beetle is named after the rhinoceros for good reason. Like it's namesake, it puts its horn to good use, sparring with rival male beetles during mating season.

There are over 1,500 species of rhinoceros beetle, but they all share the horned headwear. They typically grow to approximately six inches long. That doesn't scare people away though; the rhinoceros beetle is harmless to humans, which may be why they are popular pets to keep in certain parts of Asia. The bat falcon is named not because it resembles a bat but because the small flying mammal serves as its primary prey item. These speedy and agile birds sit on high perches scanning for bats, which they then can snatch from mid-air.

While the name "bat falcon" applies to the entire species, it is only the females that hunt bats. The smaller males primarily hunt large insects like grasshoppers and moths. If you are a species with a big nose, it's likely that you'll be named after the elephant. Such is the case for the elephant shrew, which uses its anteater-like nose to find prey along the ground.

Interestingly, their name isn't appropriate just because of its long snout. Despite their size and shape, elephant shrews are more closely related to elephants than actual shrews. That also places them in the company of hyraxes, aardvarks, and tenrecs. The bee hummingbird is the smallest living bird, growing to a length of only 2.4 inches (including beak and tail) and weighing less than a penny does. For scale, they can easily perch on the eraser of a pencil. By buzzing around at a size barely bigger than a bee, it's clear how this minuscule bird got its name.

The bee hummingbird shares many characteristics with its full-sized relative. For example, they are some of the most brightly colored birds in the world. Additionally, both species feed on nectar and contribute to the pollination of flowers. The mole cricket is named for its shovel-like forelimbs that help it burrow like a mole. This insect's limbs also look surprisingly like the forelimbs and paws of moles themselves, right down to the outward-facing angle and “claws” on the ends.

Mole crickets are powerful diggers, which is essential as they spend much of their lives underground. However, this is also part of what makes them such pests to homeowners and agriculture workers — they can do significant damage. One look at this frog is all it takes to understand its name; the leopard frog is easily identified because of its brown and green coloration with spots much like those you would find on a leopard.

There are 14 species of leopard frog, each with this distinct spotted appearance. The one you may be most familiar with is the Northern leopard frog, which is commonly used for dissections in junior high school science classes. They're used in more advanced science too, in medical research for everything from cancer to neurology. Camel spiders go by many names, including wind scorpions, sun spiders, red romans, beard cutters, and solifuges. But while they are in the class Arachnida and have a body similar in shape to spiders, these creatures are not actually spiders. Nor are they scorpions, for that matter.

Resembling a spider explains the latter part of their common name. The first part stems from a myth that they feast on camel stomachs, which may have started because they seek out shade, including shade made by camels.

There are more than 1,000 species of camel spiders, and they are vicious predators with a high metabolic rate, so they are almost always on the hunt for their next meal. Antelope squirrels are small ground squirrels that are typically found in arid and desert habitats. It is not actually known why this creature was named after the antelope. Looking at it, you would sooner expect a mention of chipmunks because of the distinct white stripe along its sides.

There are five different species of antelope squirrels, but they all share physical characteristics, including a flat tail that arches over their backs and those long white stripes. They are tolerant to hyperthermia and can survive high body temperatures, so whatever the reason for their name, they are certainly impressive creatures. First, it helps the seal make exceptionally loud roars, which is useful for striking fear in the hearts of rival males during breeding season. Second, the long nose acts as a “rebreather” by reabsorbing moisture from each exhalation to keep the seal hydrated, which is especially important when the seal spends long stretches of time on land without going back into the water during breeding and pupping season. The necks of giraffe weevils are quite long, so it's only natural that the little insect is named for a creature known for its exceptionally long neck: the giraffe. Similarly to elephant seals, this feature is much more prominent on males than females — the necks of males are actually two to three times longer than the necks of females.

The uniquely shaped body of this weevil species does serve a purpose. Predictably, males use their long necks for fighting, while females use them to assist in creating nests from rolled leaves in which she lays her eggs. Like the bat falcon, the grasshopper mouse is named after its preferred prey. This animal is not like the playful creature that is commonly domesticated or even the rodent often found in labs. It has a werewolf's howl and can withstand the bites of centipedes and stings of scorpions.

Rather than feasting on seeds like its cousins, the species is primarily an insectivore, dining on grasshoppers as well as scorpions, snakes, and even other mice.